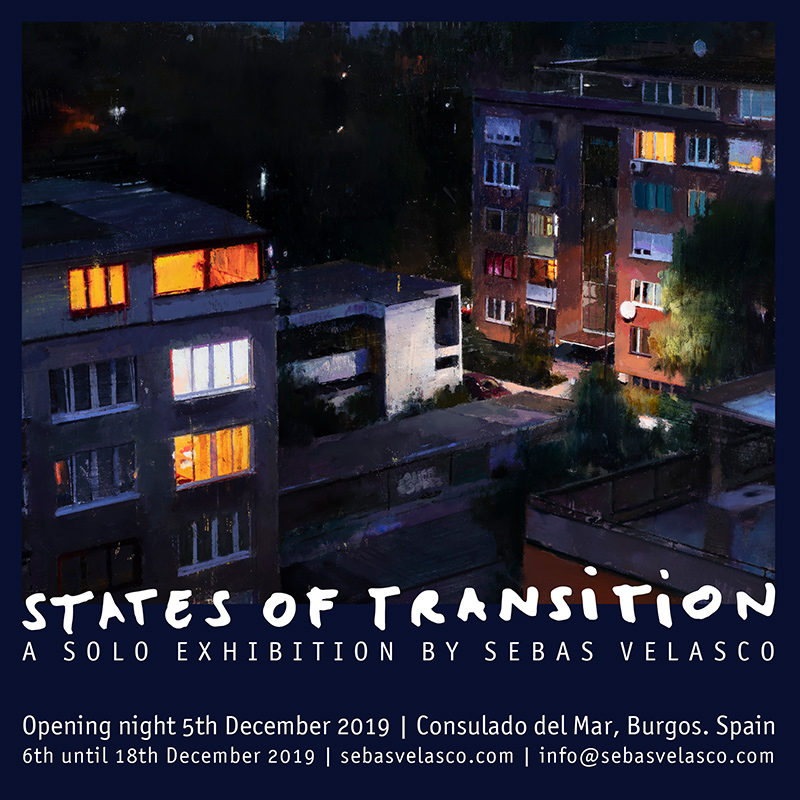 The exhibition ‘States of Transition’ will contain highlights from walls painted in central and eastern European countries throughout 2019. They include collaborations with good friends Zoer Sainer and Axel Void.

The exhibition explores the shifting relationship between the urban environment and the social structures of Central and Eastern European Countries.

For those travelling to the event, there will be a limited run of books produced for the show, available for sale. 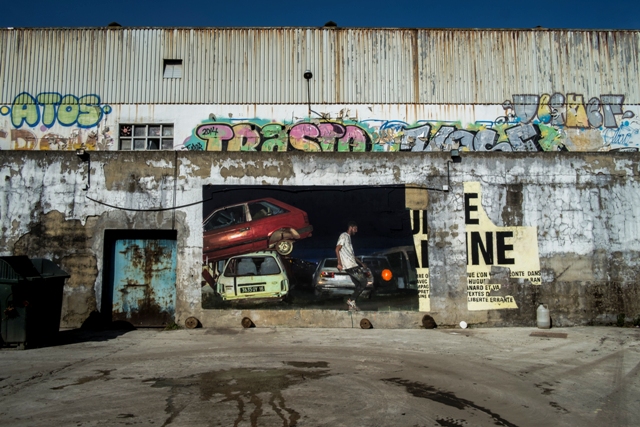 Sebas Velasco ( b. 1988) is a Spanish painter interested in the relationship between periphery places and people, in forgotten urban environments. Over the last few years, Sebas has become increasingly inspired by the ex-socialist countries of central and eastern Europe. Travelling to outskirt cities, he photographs and researches their histories to reflect on the unique landscapes left behind. His works are often populated with towering, robot-like architecture and seemingly abandoned vehicles, remnants of life from these lost spaces. The cold steel and concrete is offset by the warmth of his expressive lightscapes. Flickering neons and glowing street lights bring an almost otherworldly atmosphere to his compositions. In 2004, he started painting walls in his home town Burgos, before moving to Bilbao where he graduated Fine Arts. He has been the recipient of several arts prizes and he has taken part in various residence grants including “Antonio Gala foundation “ and “ Cátedra Extraordinaria de Albacete” taught by ‘master realist’ Mr. Antonio López. Sebas continues to produce works on the street, as well as maintaining an active studio and gallery practice. He lives and works in San Sebastián.