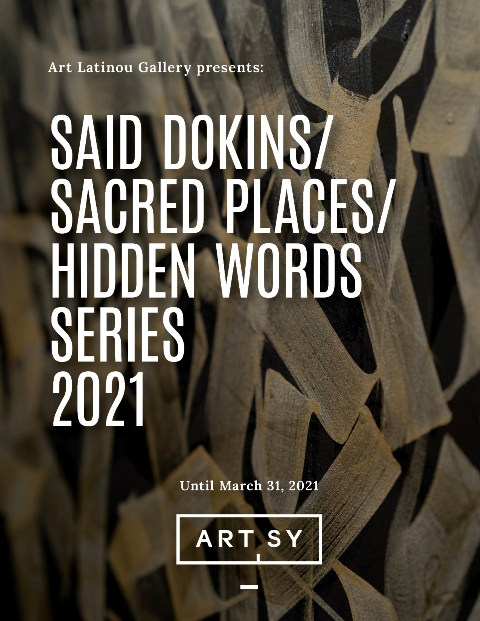 ‘Sacred Places’ presents 11 artworks on paper by Said Dokins where he explores the concept of the sacred through the scriptural act. As he performs his personal writing system, he analyzes the potentialities of calligraphy as a ritual and the hyperbolic nature of language. 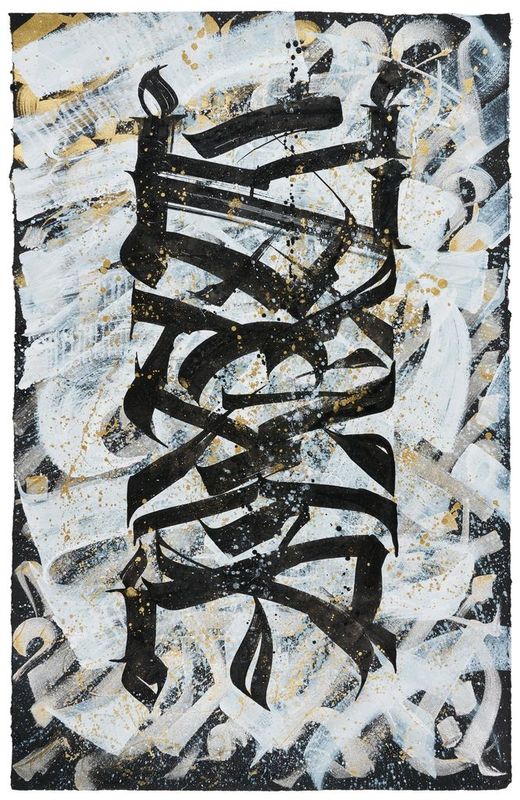 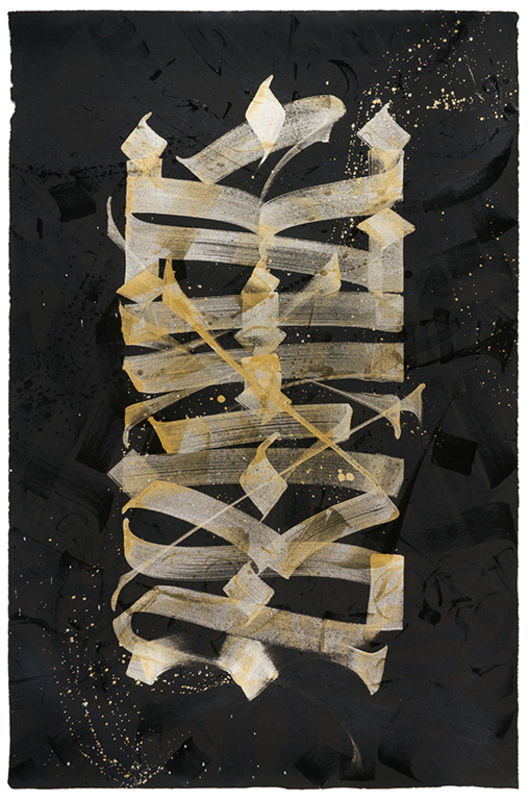 For this show, Said Dokins has articulate a body of work departing from his inquiries on the scriptural act and its potentialities, among them, ritual writing and calligraphy as a negotiation space between the sacred and the profane. There are eleven artworks on paper presented, ‘signic exercises’ where Dokins explores the notion of the sacred and rituality from his own practice, analyzing its three aesthetic and conceptual components: repetition, time, and unity, which are visible as gestures that transform the space, texts that become mantras, reverberations, signs that melt to forge chains.

In Sacred Places Dokins goes back to humanity archaism, to pose through his personal writing system matters that cannot be read through conventionally, but appeal to another kind of experience, establishing a continuity line with searches that within contemporary art attempt to set up deep connections and linkages, encourage reflections that go beyond the limits of language.