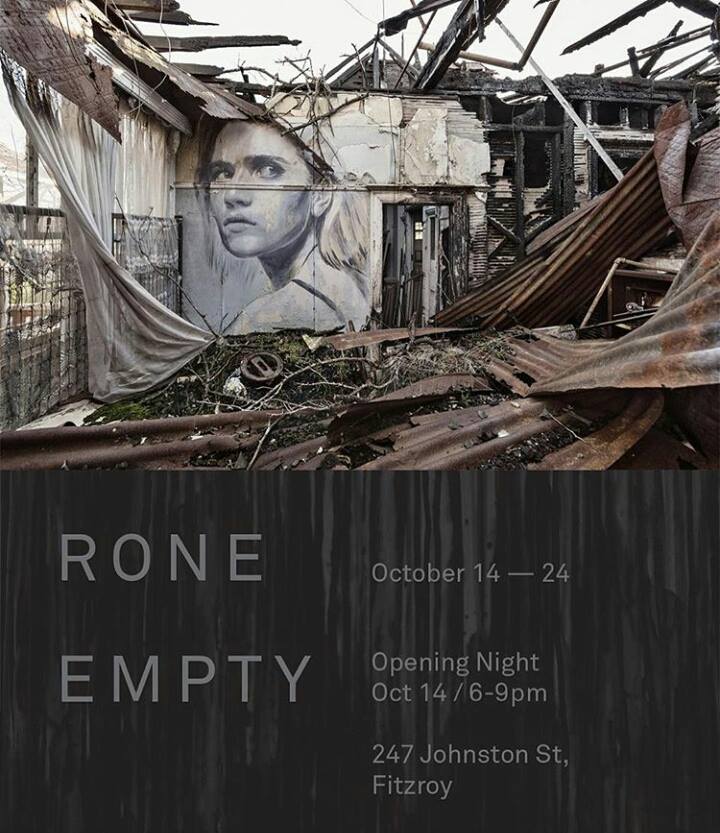 Special place for the first solo show by Rone in two years in the soon-to-be-demolished former Star Lyric Theatre building in Fitzroy’s Johnston Street. “After a busy few years travelling and focussing primarily on outdoor murals, its been great to be back in the studio working on canvas again”.

The show consists of a selection of works on paper, canvas and for the first time he  also presents  some photographic pieces. 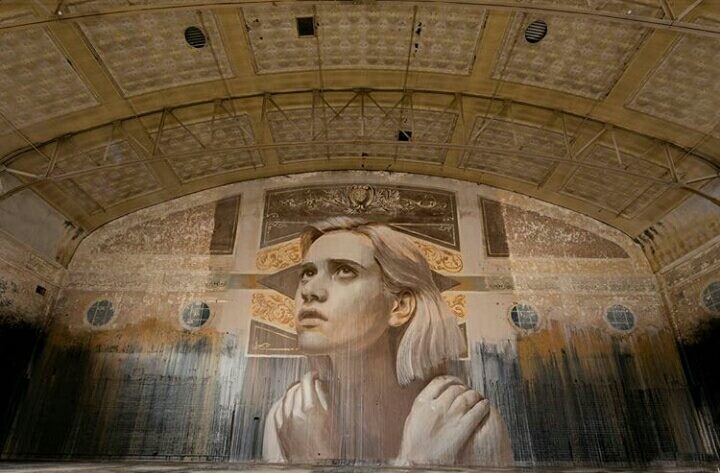 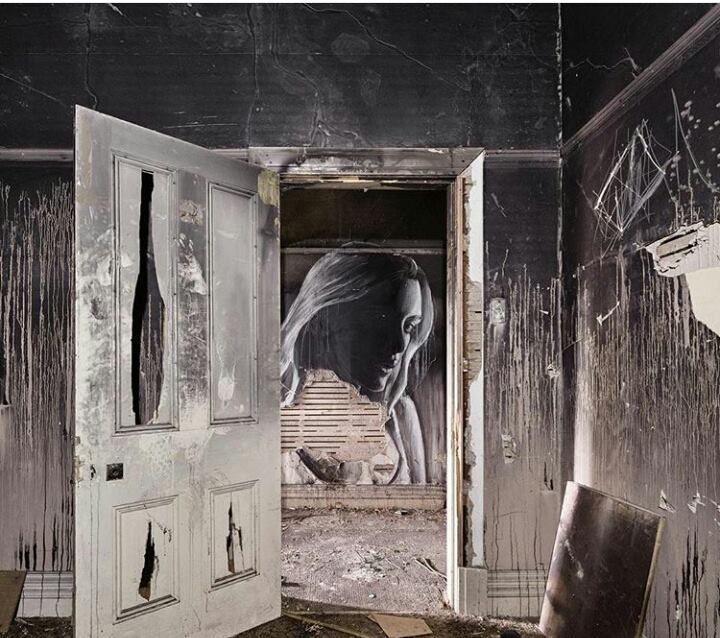