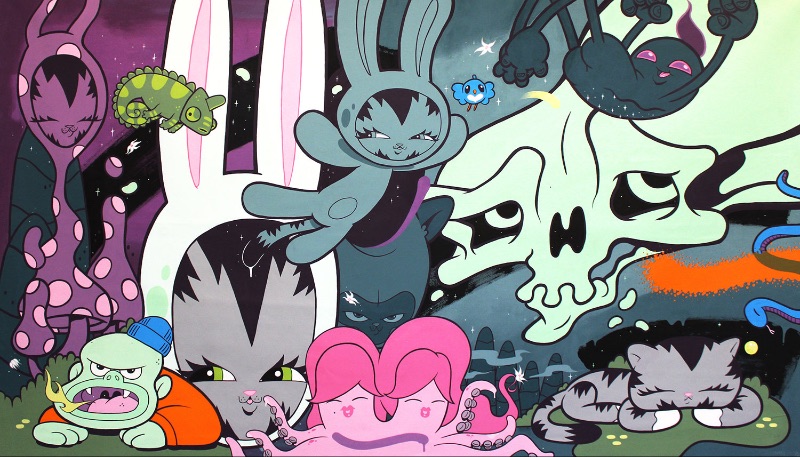 GR Gallery is pleased to present “LIMINAL SPACE”, Dave Persue first solo exhibition with the gallery.The show will present a new body of works, expressly designed for this event, it will showcase 20 new pieces including works on paper, large canvases and collaborative projects. For this occasion, Persue will also create an unrevealed site specific installation in the gallery hallway and will launch a new print and display classical merchandise.

Opening reception: Wednesday February 6, 6:00pm – 9:00pm (Exhibition Dates: February 7 – March 10, 2019). Members of the press can contact GR gallery in advance to schedule a private viewing and/or an interview with the artist. 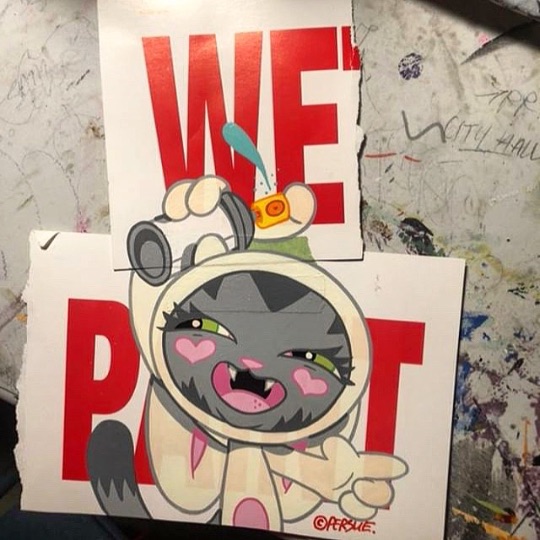 DAVE ROSS PERSUE (pronounced “per-SWAY”) is a west coast graffiti and urban culture pioneer. His design resume pre-dates almost any example of street aesthetics being paired with the skateboarding industry, making his earliest designs the catalyst that created modern day youth culture as we know it. Much of his work is in plain sight and yet his name is rarely attached to it. However his skill and evident talent in the realm of painting characters and letters put him in the spotlight and he quickly became a household name in the worldwide graffiti community.
Persue eventually started a project for fun that would inadvertently become a phenomenon all its own: Bunny Kitty. His most ambitious and creation to date, Bunny Kitty is a whole world unto itself.
His animated and fun-loving demeanor, as well as an intense imaginative way of looking at the world around him, are the building blocks of his work. As a traditionalist, he paints on the streets, but has meshed that background with a rough-edged illustration style to create works for galleries and museums, where he exhibited worldwide during the past decades. Persue also did many collaborations with popular brands such as Microsoft, Osiris, DC Shoes, Eightball, FourSquare, C1rca, Vox