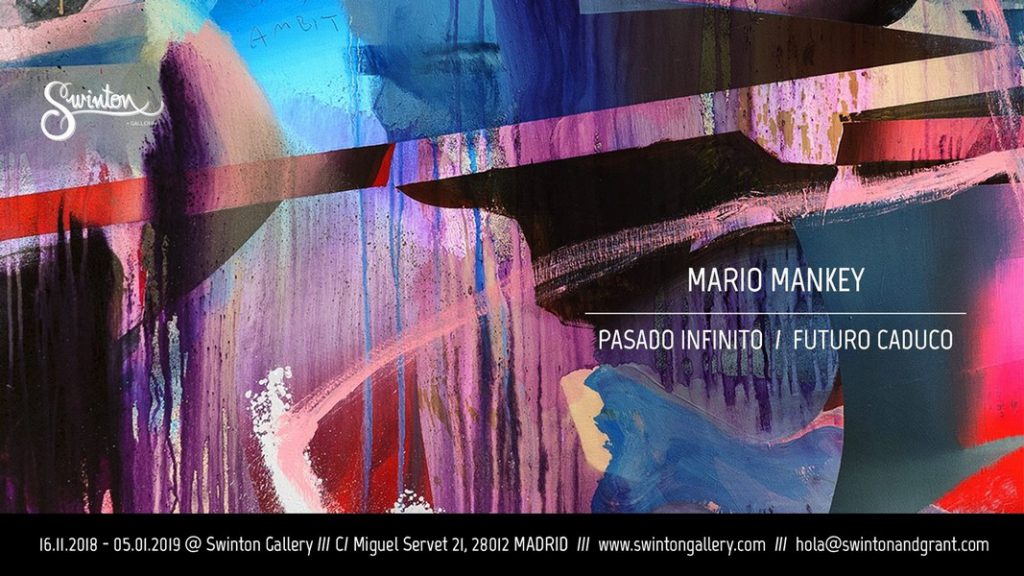 Swinton Gallery presents a solo show by Mario Mankey. After millions of years of life on our planet, layers and layers of geological events have happened and been layered, the same way as on a canvas the pigment is superimposed one after the other. Following this system, the last stratum explains the previous ones. That last sediments layer is the one that reveals to us what moment we are of our existence.

Geologists coincide in titling this last and current layer ANTROPOCENO, which is precisely characterized by the “significant global impact that human activities have had on terrestrial ecosystems.”

Since the explosion of nuclear bombs in Japan by the allied forces, which meant the end of World War II, men have thought that they could control everything, that the powerful victorious vehicle would never go off the road; and that it would never be necessary to release the gas pedal.

We live a crisis that comes from the patriarchal model of masculinity. A segment of humans who perpetuate their rules without thinking about the responsibility that we all have regarding how we relate to our finite planet. Another great part of Mankind, even though it is composed of different gender energies (or without gender) that have renounced to that destructive and dictatorial masculine attitude, have obeyed, closing their eyes.

Mario Mankey (Sagunto, Valencia, 1985) thinks that the end can be observed from now on, and for that reason he dedicates the collection that completes his second individual exhibition in Swinton Gallery to scan a future that has an expiration date.

Closing our eyes is not enough. It does not matter how strong we close them, we face the end of the World as we know it. It is possible that even if we pull the emergency brake at the last moment, we can´t avoid that.

Is the moment when we finally know the meaning of our existence so near?