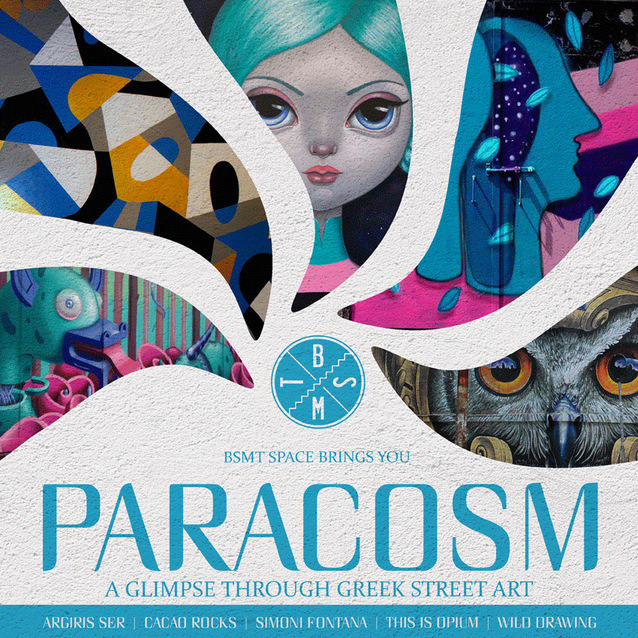 Take your mind on a journey free from all real-world attachment and immerse yourself in the colourful and surreal language of these five artists. From Ancient Greek παρά (para, “beside, alongside”) + κόσμος (kosmos, “world, universe”), ‘Paracosm’ will showcase this alternate universe of Greek Street Art in a way London hasn’t seen before! 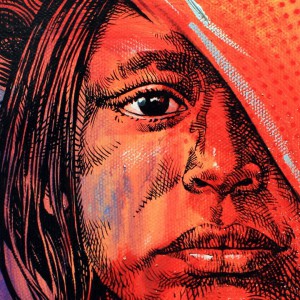 Wild Drawing (WD) has been a street artist for 17 years creating realistic, anamorphic pieces that harmonise with their surroundings in a unique way. Comics, graphic novels, social phenomena, art or nature often inspire him. For WD street art is about freedom of communication and the re- appropriation of public space. 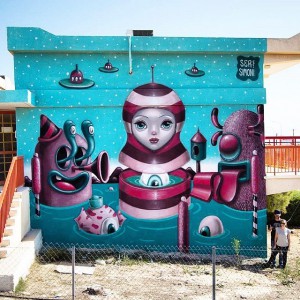 One of the pioneers of the Street Art scene in Greece, Argiris Ser‘s work is a curiously eclectic blend of graffiti, comic culture and pop surrealism. It employs an arsenal of monstrous but somewhat
benign characters through glimpses and images of a bizarre, parallel universe. 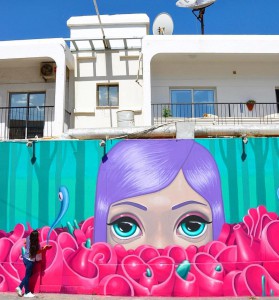 The trademark female characters found in Simoni Fontana’s work draw from Japanese iconography and manga, but are filtered through the sensitive, western outlook of the artist and are thought to
abstractly hint at being self-portraits. 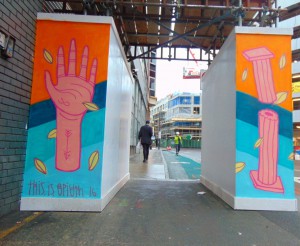 Thisisopium is a multi-disciplinary artist. Exhibiting worldwide his work is based on a visual language full of spiritual symbolism, using nature and our detachment from it as a key-point to discuss consciousness and the human condition. 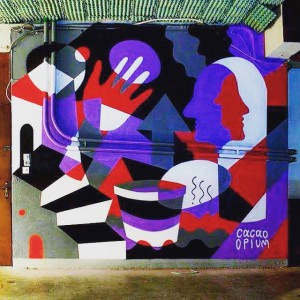 Hip-hop and skateboard culture ignited a passion for art in Cacao Rocks, leading him to experiment with Graffiti. For the first part of his career he was devoted to this form of art. Moving to sculpture
and installation using found objects, the video art and back to painting, Cacao is a vibrant and prolific artist with global exposure.