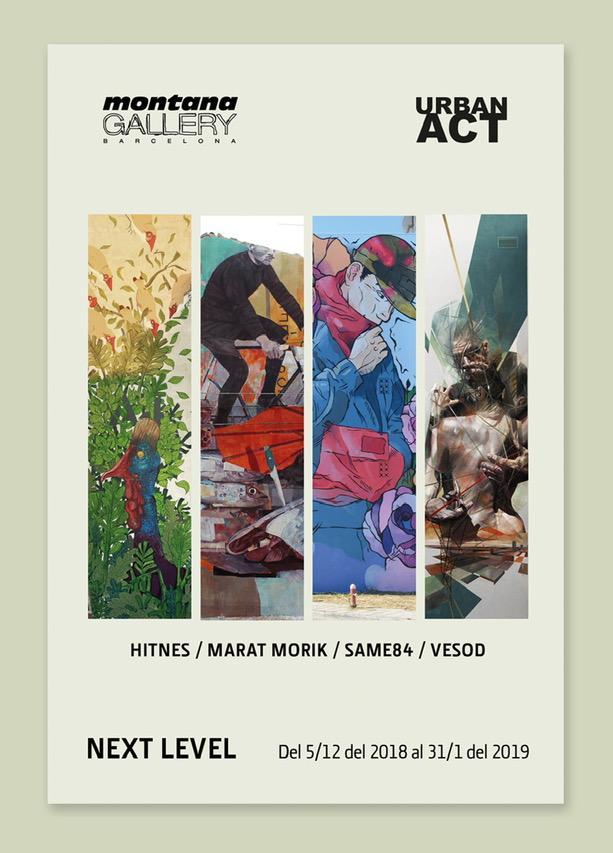 Through the collective exhibition “Next Level”, the artists Hitnes (1982, Rome), Marat Morik (1982, Novosibirsk), Same84 (1984, Athens) and Vesod (1981, Turin) are in charge of offering us a vision of the evolution that muralism is living in this last decade. 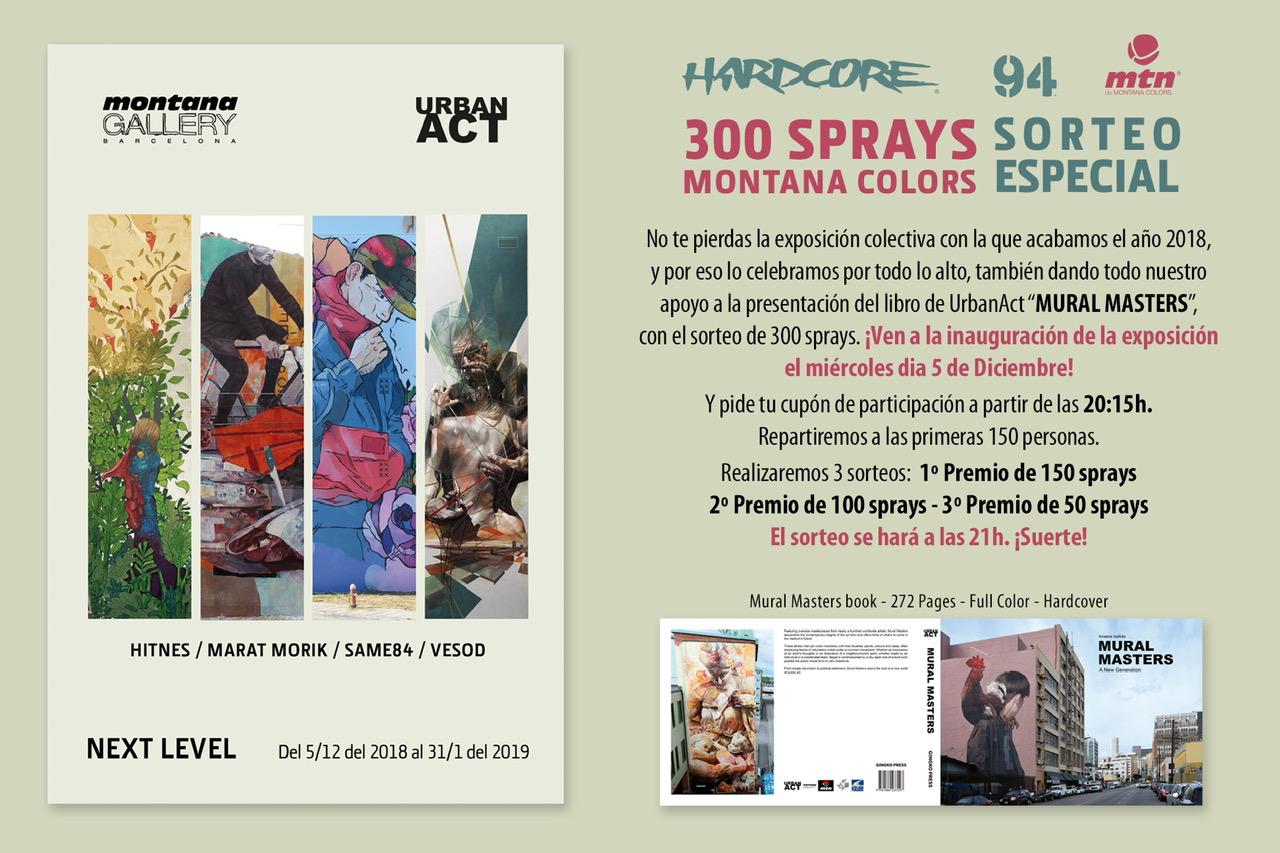 Each one in his country of origin and in his own way, are part of a global and growing movement that builds new codes in the public space and seeks to settle in the contemporary art environment.

Four different but connected visions, forged in the streets and now presented in another format, adapting to an indoor exhibition space.

“Next Level”, is organized by MontanaGallery Barcelona and UrbanAct on the occasion of the publication of the book “Mural Masters”, that includes murals masterpieces of a large size of almost a hundred artists from around the world.

During the exhibition UrbanAct and Mtn will draw 300sprays! to the visitors and some copies from the new book.

I Support Street Art is proud to be an official Media Partner.