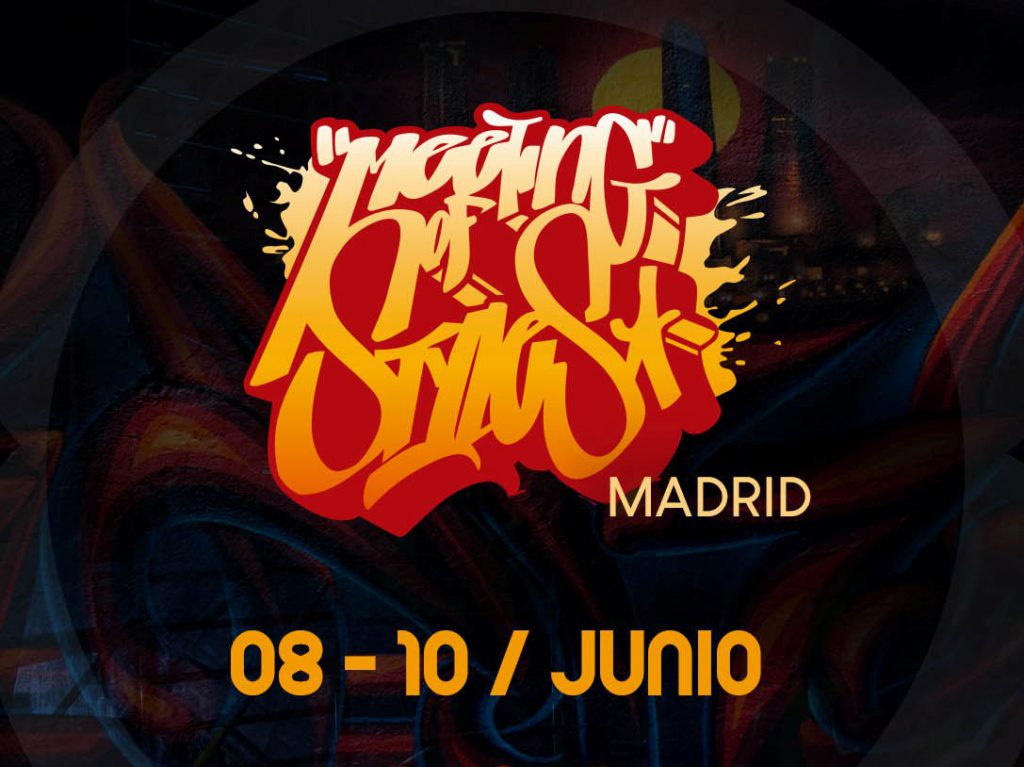 MOS returns to the city where the Spanish Meeting took place for the first time…Madrid is the capital of Spain and its largest city with a population of roughly 3.3 million and 6.5 million in the metropolitan area. As the capital city of Spain, seat of government, and residence of the Spanish monarch, Madrid is also the political, economic and cultural centre of Spain.

Graffiti in Spain is strong since many years, the train systems are painted since decades on frequent basis, the trainlines and freeways are full with coloured pieces, tuff styles and rough characters.