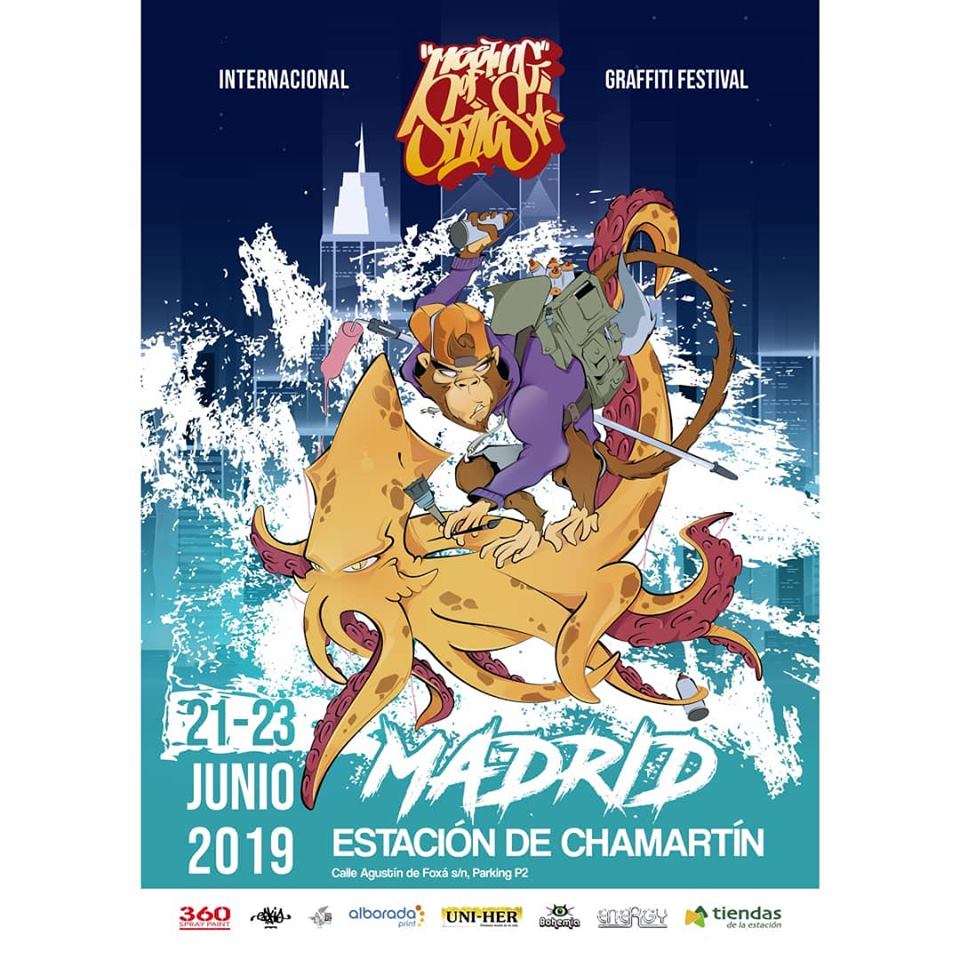 Last year MOS Spain was dope, but this year it is being doper! Expect la cremé de la cremé from all over Spain and more guests from all over! Graffiti in Spain is strong since many years, the train systems are painted since decades on frequent basis, the trainlines and freeways are full with coloured pieces, tuff styles and rough characters. 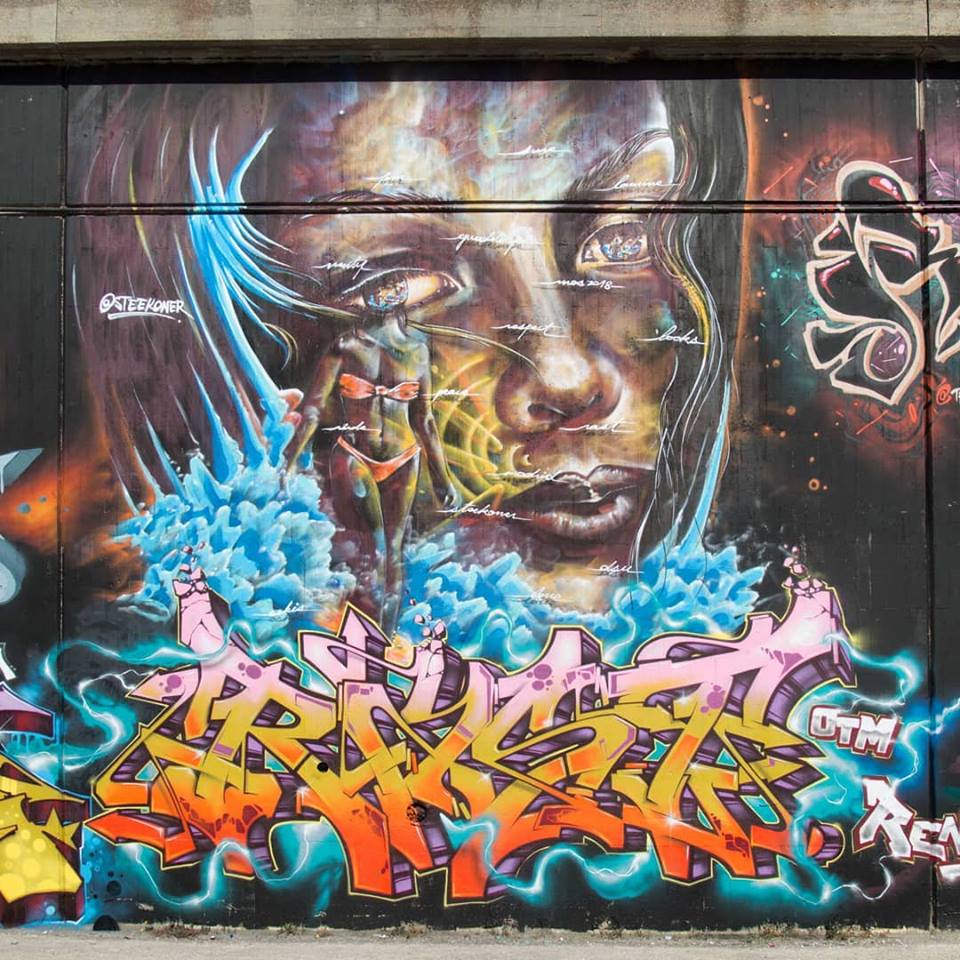 The place to be is the highly frequented station of Chanmartin with several big walls which will be equiped with many scafolds. 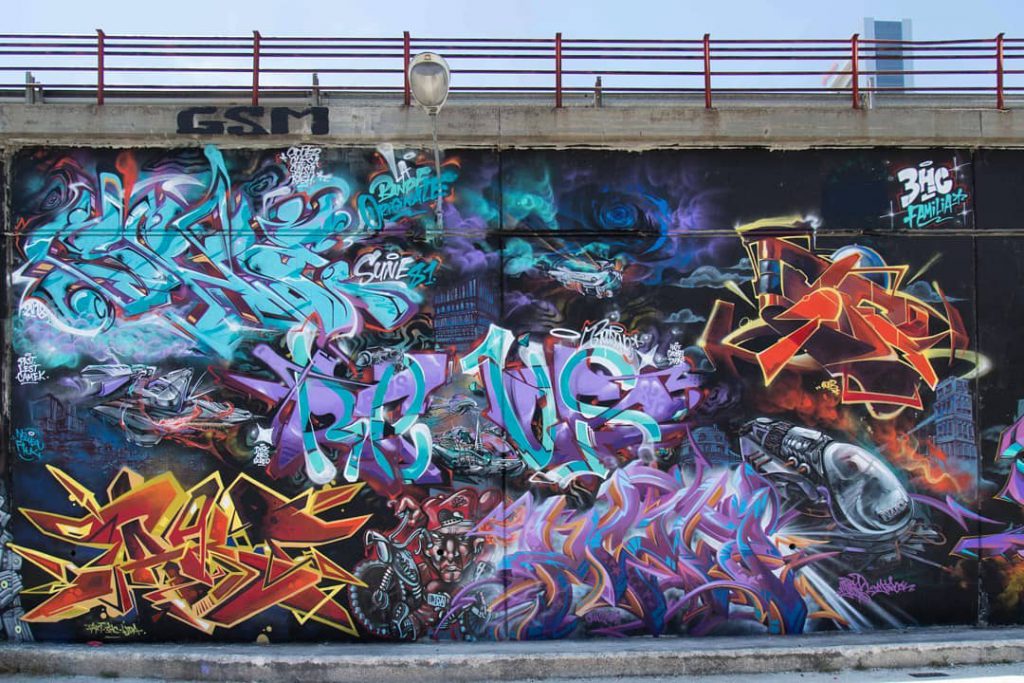