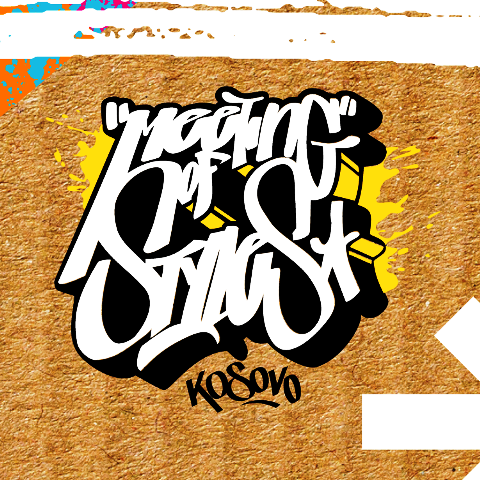 The only urban festival that brings 180 foreign artists to Kosovo!  After 428 applications from artists from 45 countries around the world, around 180 international and local artists will present their work at “Meeting of Styles Kosovo” this July. This only shows that this festival has surpassed the Kosovar public and has reached the global community of urban artists (from countries such as Brazil, America, and Australia) who already want to leave their footprint in the capital of Kosovo.

MOS The festival in the 2019 edition has chosen the underpass of the railway to the Arberia (Dragodan) district and the side walls near the train station as a perfect opportunity to live this space. So this space will be turned into a graffiti park. The festival will last from July 26-28, during which visitors will be able to see world-class graphic artists working on their works, to enjoy selected hip hop music, enjoy local food and drinks, such as and buy art products at the fair. 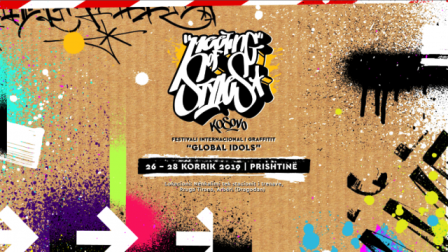 Meeting of Styles Kosovo is the only festival in Kosovo with such wide international involvement with artists from all over the world, such as Great Britain, Sweden, Russia, Italy, etc.

What’s worth mentioning in this edition is the presence of artists like Fio Silva, who with colorful works has decorated cities like Berlin, London and New York. Also, Canadians of Albanian descent Rei Misiri, with a special talent in calligraphy, has just confirmed his arrival. Misir is just one of the most renowned Albanian names in graffiti, which will return to the ‘home’ through the Meeting of Styles. Out of the music, after the selection of 80 artists, more than 20 hip-hop artists from countries such as Greece, Germany, Hungary, Bulgaria and Finland will perform. But will not miss even the best performing artists of Kosovo’s hip-hop scene, including Bimba and other special guests.

This year’s festival will be held from 26 to 28 July 2019 at the suburb of the Arbëria (Dragodan) railway. MOS will be the center of graffiti, hip-hop, mural, skateboarders, and urban art of Kosovo this summer.

Meeting of Styles Kosovo is funded by “Culture for Change”, funded and managed by the European Union and implemented by the Multimedia Center and the Goethe Institute, the Ministry of Culture, the Municipality of Prishtina and the only media partner Telegrafi.com.

The “International Meeting of Styles” (MOS) is an international network of graffiti artists and aficionados that began in Wiesbaden, Germany in 2002.
Brought together and inspired by their passion for graffiti, MOS aims to create a forum for the international art community to communicate, assemble and exchange ideas, works and skills, but also to support intercultural exchange. The “Meeting Of Styles” as its name says, is a meeting of styles, created in order to support the netting of the international art-community. It is not meant to be a forum only for classical and traditonal Graffiti-Artists and -Writers, but a podium to present all different types of urban art!