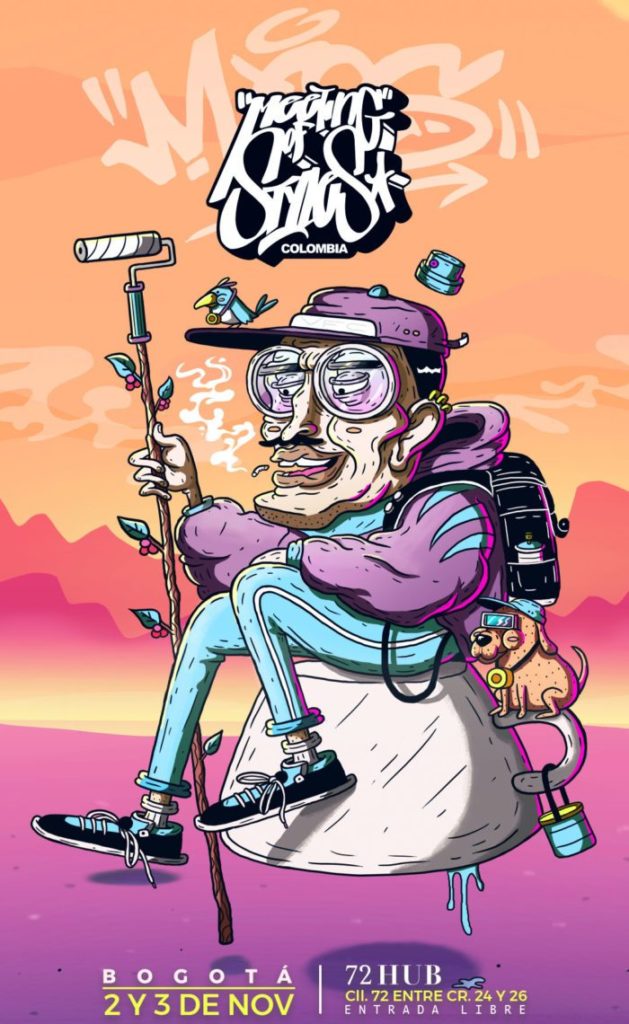 Even though it has always been a colourfull event, its been a while since MOS happened in Colombia. Nevertheless MOS now returns presenting you the artists from all over the Americas and from overseas.

Colombia is the country with the second-highest biodiversity in the world and is one of the world’s 17 megadiverse countries; its territory encompasses Amazon rainforest, highlands, grasslands, deserts, islands and coastlines along both the Atlantic and Pacific.

There have been rumours and gossip being spread about the new MOS organisation in Colombia. As Int. MOS-Orga. we don´t want to further comment on the gossip made and only want to state the following: running a worldwide series of Graffiti-Festivals is based on reliable communication between the international organisation and all national organisers. This is one basic requirement. After MOS has not been held in 2018, we reached out several times to the former organisation to find out if they can organise MOS in 2019, but within more than 2 months did not receive any reply. No reply is practically no communication is practically one of the basic requirements is not met. This is the reason why in 2019 MOS has a new national organisation to realise the event. Nothing else is the reason. So don´t believe the gossip and be part of MOS!