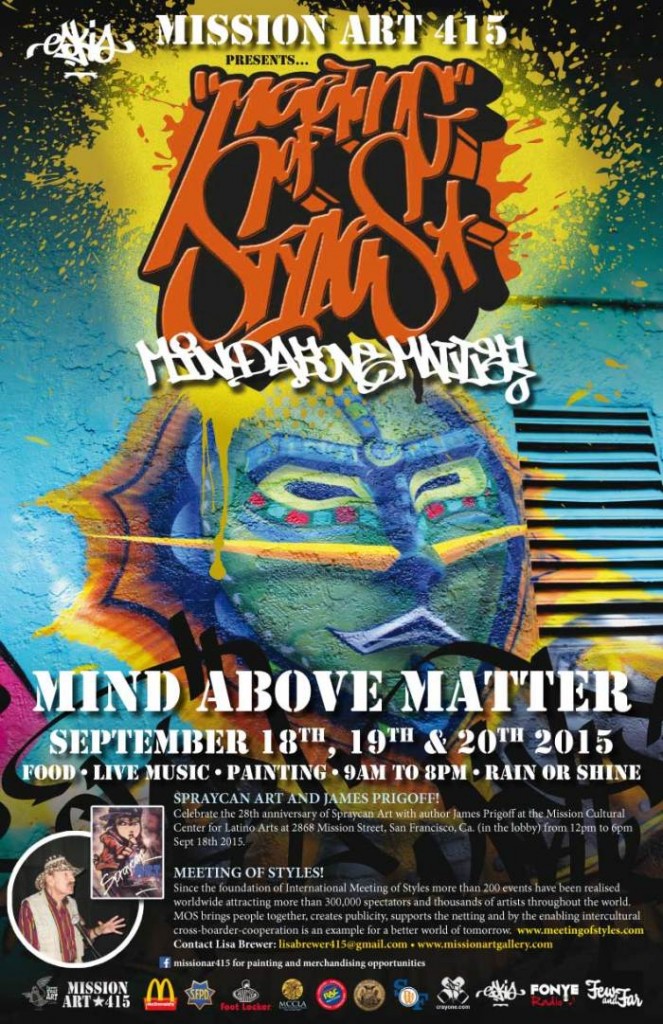 MOS returns to the Westcoast. The Bay-Area has a strong, vivid and diverse Graffiti-Mural-Art history and scene. Be prepared for a three-day event with lots of art, music and freshness!

Few and Far has been invited to Meeting of Styles in San Francisco.

They also hosting a 28th anniversary of SprayPaint Art book signing with James Prigoff and Henry Chalfant along with Martha Cooper ( visiting and documenting).

Email any query or artist to:
[email protected]