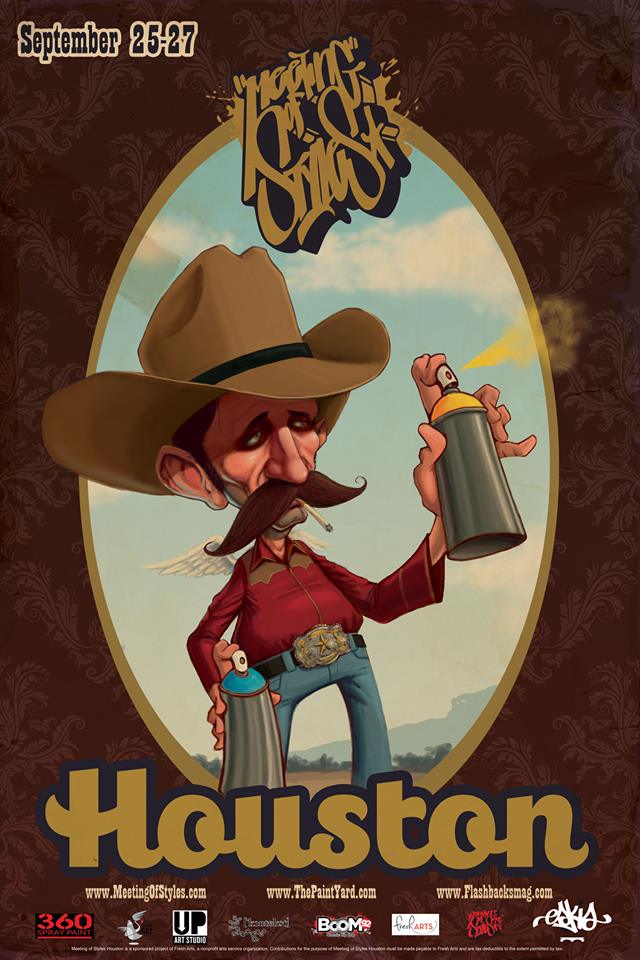 Houston for the third time joins worldwide MOS! Southern states such as Texas, Arizona or New Mexico since many years have a strong vivid Graf-scene and Meeting of Styles will demonstrate at a new spot with funky walls!

Kicked of by Pilot and his local crew of helpers and supporters MOS expirienced a lot of love. Representers of all major crews and all disciplines contributed and made the former MOS very special events! Stay tuned for details coming up soon!