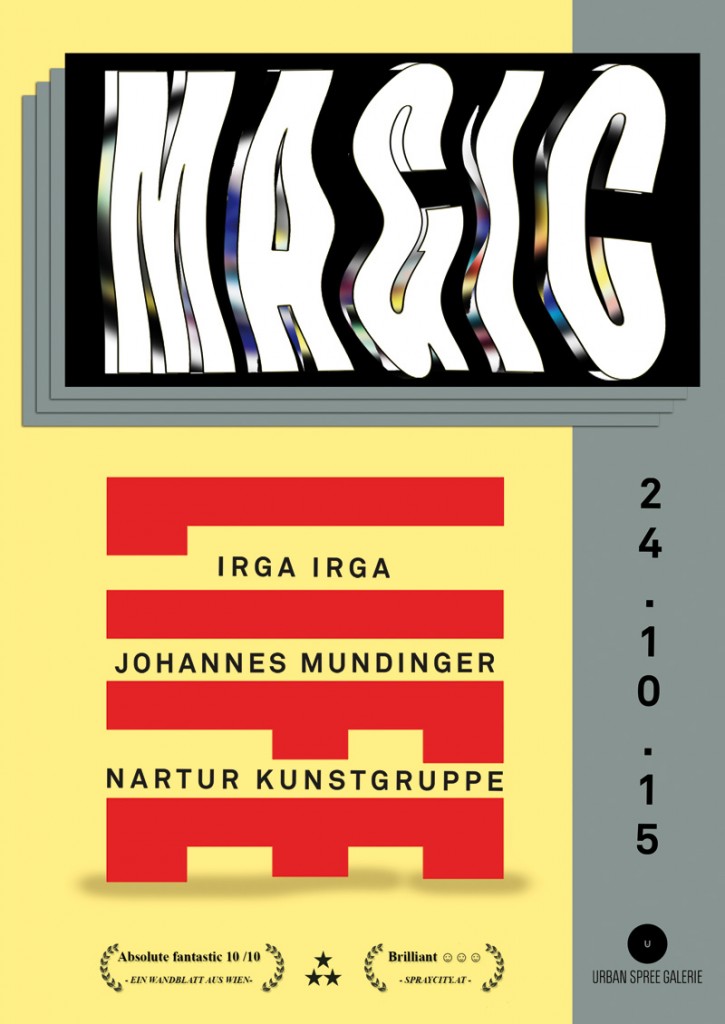 With “Magic Life” Urban Spree Galerie presents the last exhibition in 2015 and shows the works of nine artists from the Urban Art scene, whoms work transform the ‘Urban’ into ‘Contemporary’. With big murals, installations and canvas works they overexcites aesthetics, experiment with the idea of beauty, traditional art terms and the relation of painting and space.

‘Magic Life’ is created by two art collectives and one artist. Irga Irga crew from Vienna, Nartur Kunstgruppe, from Münster, Osnabrück and Berlin, and berlin based Johannes Mundinger.

The Nartur Kunstgruppe is an art collective of artists based in Osnabruck, Berlin and Münster. Central to their work is the art of painting whereby the four artists seek to challenge the traditional forms of art and image conception. Their paintings are often used as part of installations or can be see in large formats on screens and other mediums. Through this process the artists aim to question, re-define and extent the meaning of art without taking away from its original value and validity. Any use of material is hereby welcome which often creates a form of art characterised by bright colours, cut outs and generous overpainting. The Nartur Kunstgruppe aims to combine abstract painting with graffiti, everyday life, children’s wisdom and research. The artists of this collective are Henning Bischof, Nils Leimkühler, Moritz Neuhoff und Stefan Wiesnau. 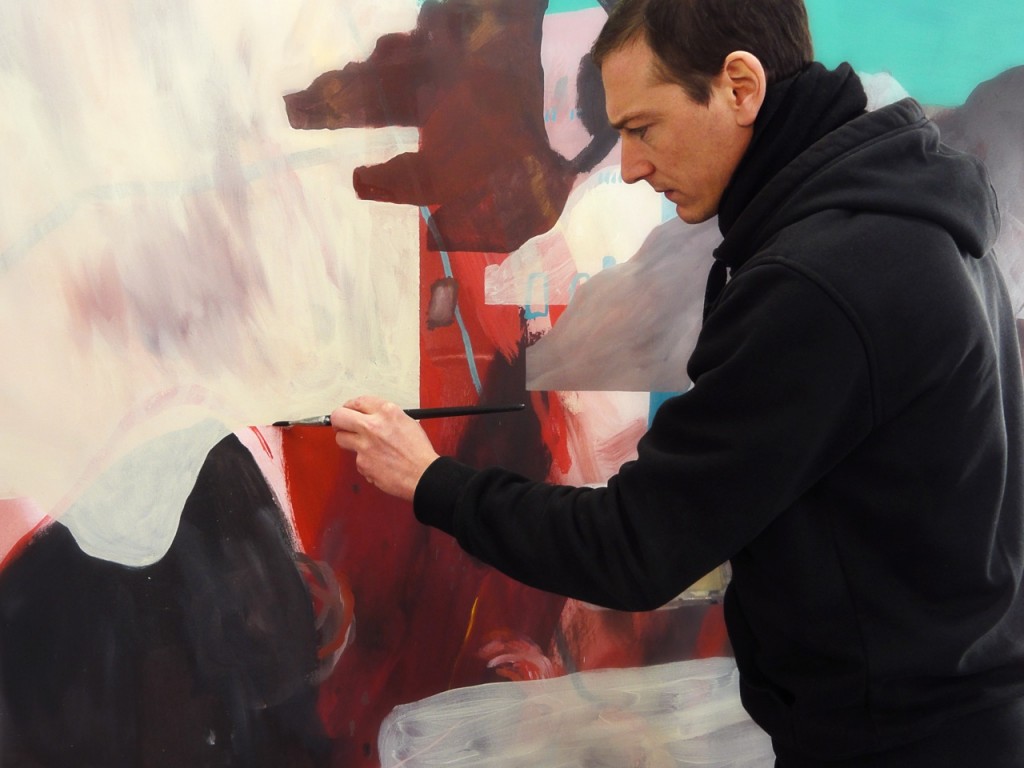 Johannes Mundinger, born 1982 in Offenburg, studied in Münster and Brussels and lives in Berlin. Coming from a Graffiti/Urban Art background, the interaction between his work and a specific site has always been a central aspect of Johannes Mundingers work. His visual language consists of abstract shapes and patterns, seeming familiar, inhering hints to existing objects, but don´t revealing a specific reading. 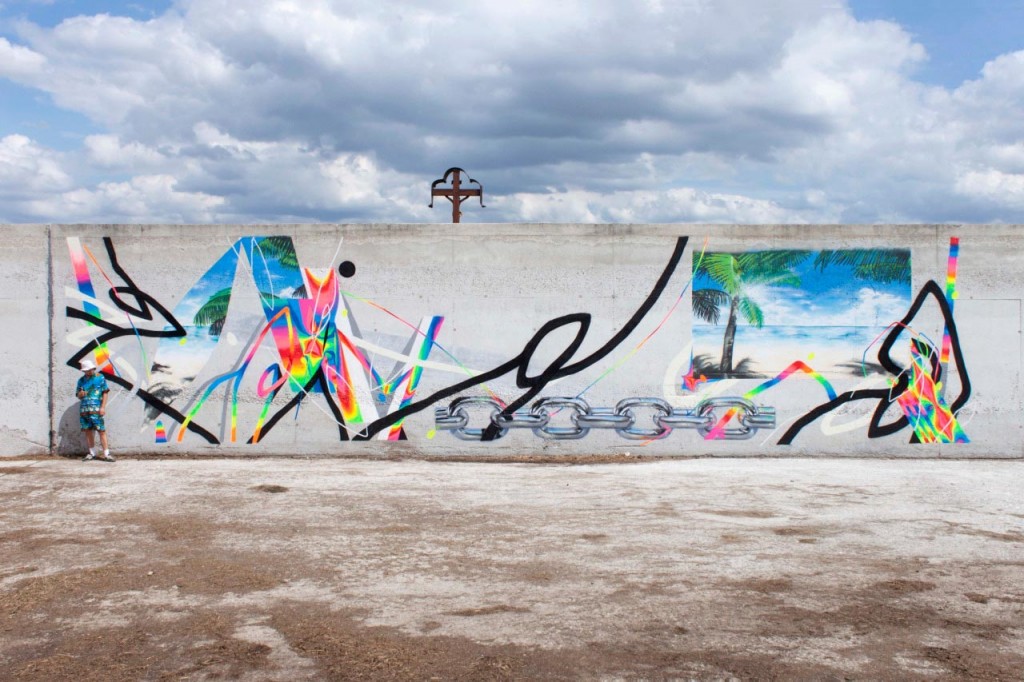 IRGA IRGA
The Irga Irga Crew is a collective of 4 artists based in Vienna. Linked through their mural work they are the publishers of „WANDBLATT“, a handmade magazine presenting various arban artists.

Fresh Max is inspired by the strange details of run-down corners in Vienna, faded store windows and many colourful 1EUR stores, he is searching for the ultimate magic Life. His aesthetic moves between shutterstock, tribals and tender romatic. The european Dream
Knarf is born in Salzburg and known for his snappy lines in combination with expressive sketches and his strong touch of colours. His choice of motives are mostly human and animals wich look many times surreal and distorted. Some of his desgins seem a bit morbid and oppressive, but with a closer view the observer gets lost in the deepness of his large-sized work.
Mafia/Tabak, a Vienna native artist, started painting in 2004. Inspired by airbrush magazines, comic books and tv series of the eighties and nineties, he is reflecting these influences in the friskiness of his work. The playful compositions of forms and letters in combination with precise images shows the maturation of the artist to refine is style and drive in his works.
Shida, an australian/polish multidisciplinary artist, now based in Vienna is Known for the large scale of his international spreading wall works.
On his journeys thru the world and collaborations with international artists, he gets that inspiration for his mythological touched and sometimes giant pictures. 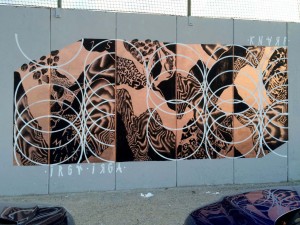 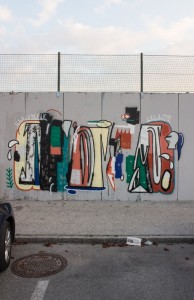 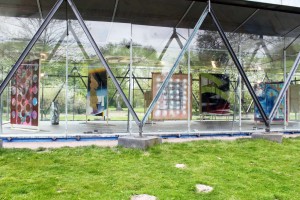 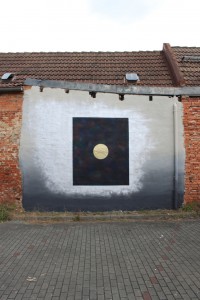 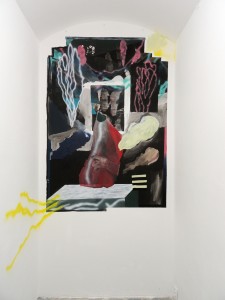 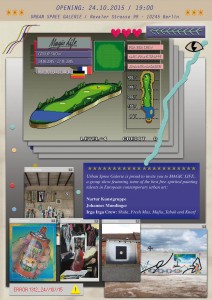