Gums and Tongue Debut Group Show: Under The Influence check the website 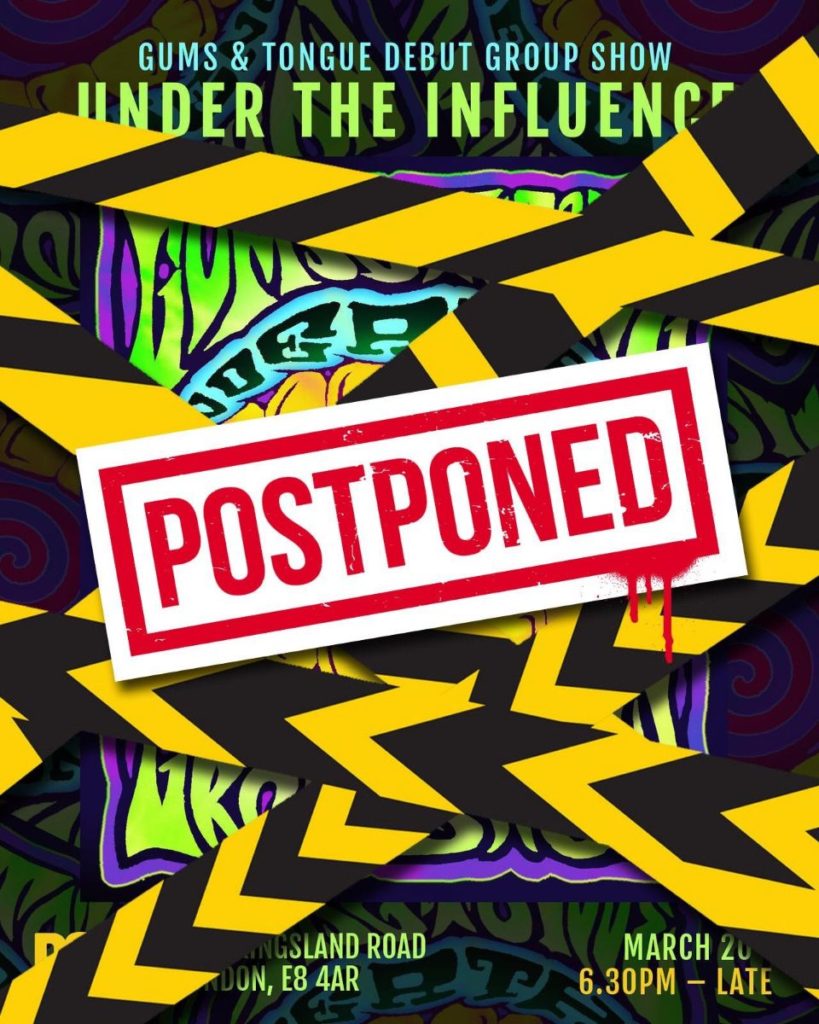 “We’ve done a lot of stuff, we’ve changed the world and never done any growing up”

@gumsandtongue very first group show! which also marks the release of the 8th issue of the fabled Gums and Tongue zine. .

POSTPONED  @bsmtspace from 6 pm till late.

The show will feature a retrospective of the work and times of the crew over the years since its birth in 2014 and original artworks from the crew and extended family.