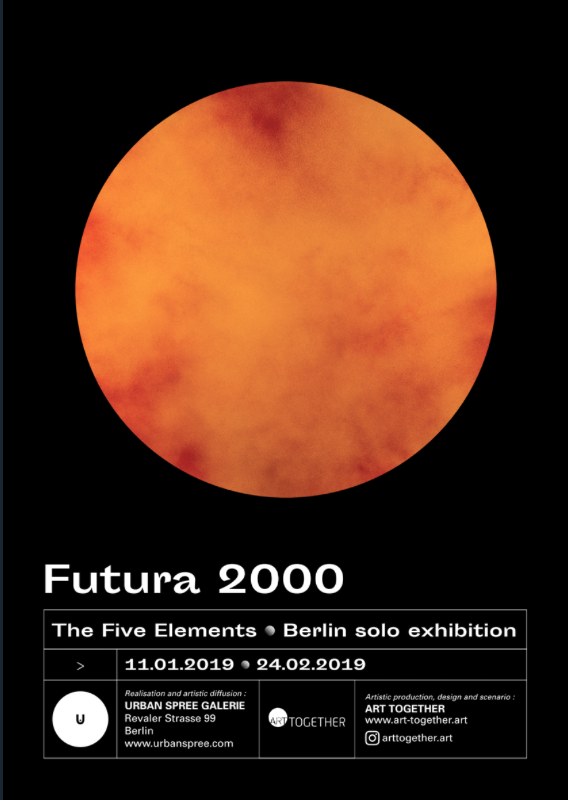 Urban Spree Galerie and Art-Together are proud to announce “Futura: The 5 Elements”, a solo exhibition of new works by Lenny McGurr (b. NYC, 1955), a.k.a. Futura 2000, one of the most important living urban artists.

The Opening Reception will be held in Berlin on Friday January 11th, 2019, in presence of the artist, at Urban Spree Galerie. 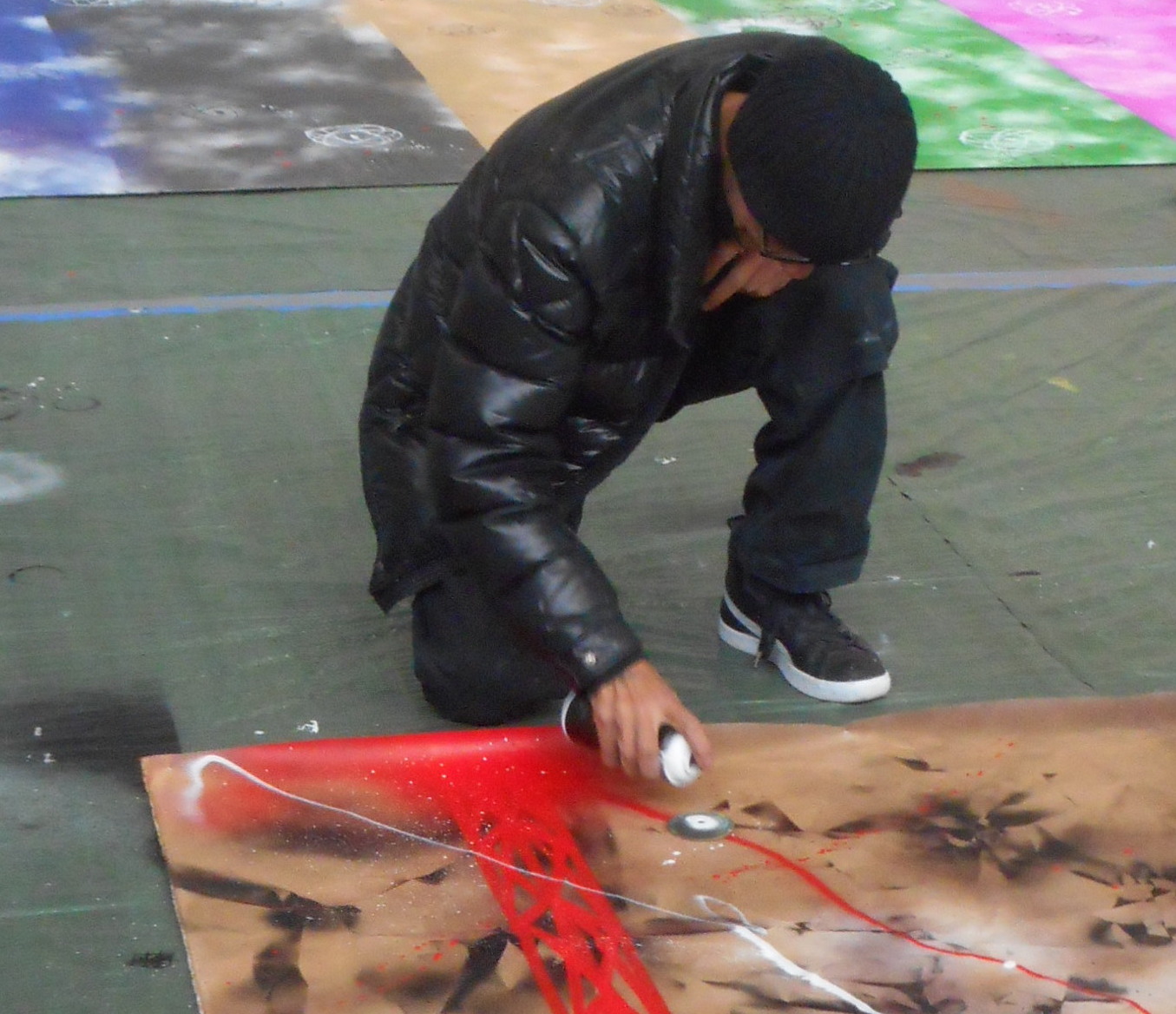 The exhibition is one of the largest solo exhibitions of the American artist to date with more than 60 original paintings on display. 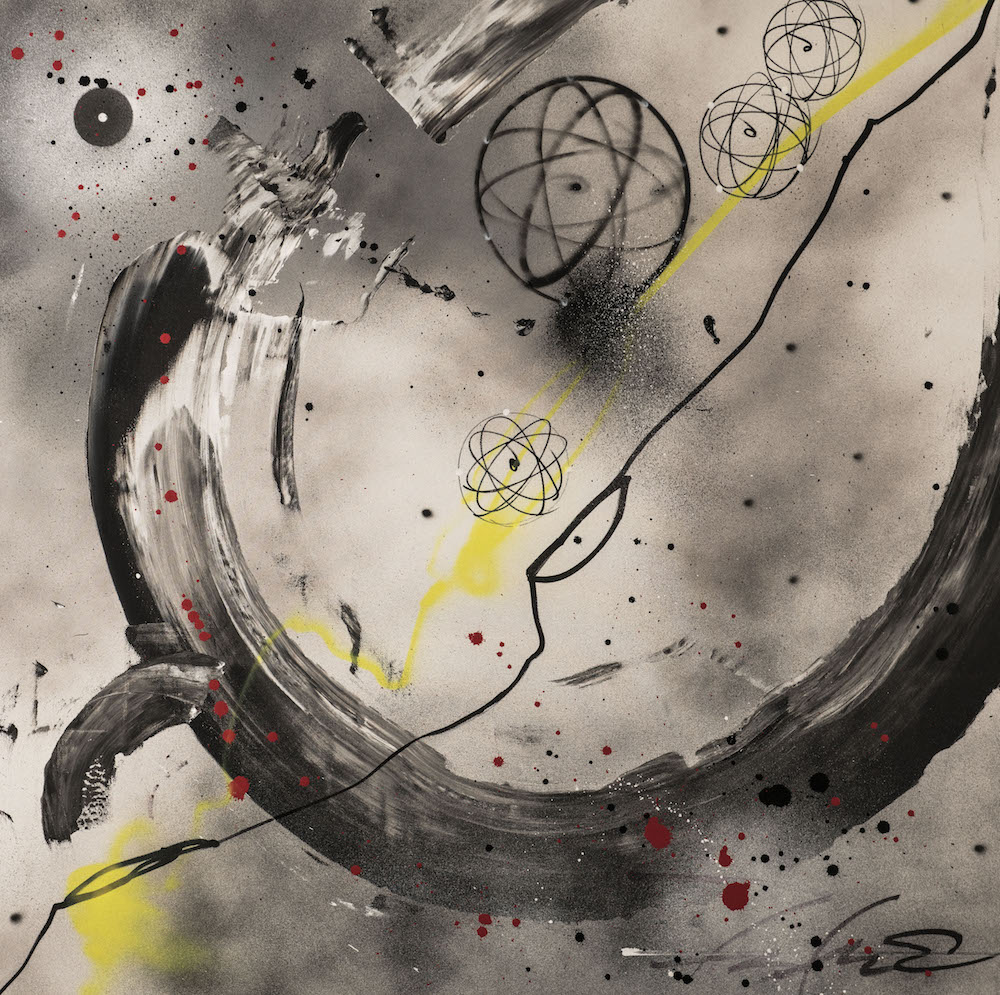 “The 5 Elements” is not a retrospective show. On the contrary, Futura worked specifically on a large museum-style conceptual exhibition, tackling the ambitious theme of the Creation of the Universe, confronting himself to the cosmos, the planets, the infinitely small, the Big Bang and the fundamental elements, producing a corpus of works that becomes a path to the exploration of the universe as well as providing a backdoor into Futura’s internal galaxy.

The works have been produced in early 2018 in Lille, France, during a residency organized by Art-Together, a newly launched ambitious platform for the development of urban contemporary arts.

Futura is an American visual artist, born Lenny McGurr in NYC in 1955. He is recognized as one of the first modern-era graffiti writers, and the pioneer of the abstract graffiti genre. Passionate about science fiction, he chose his moniker “Futura 2000” when he started graffiti at 15 in reference to Stanley Kubrick’s movie “2001 – A Space Odyssey”.

He started painting the NYC subways in the 1970s and was the first writer to paint a whole car in the abstract graffiti style which became his signature. He was part of the famed exhibition “New York/New Wave” in 1981 at the P.S.1 (Institute for Art and Urban Resources, Inc.) together with Basquiat (a.k.a. SAMO), Haring, Blade, Crash, Quik, Dondi and Kenny Scharf. Futura has often collaborated with music labels and bands (The Clash, Unkle) and is quite active in streetwear.

He had numerous solo and group exhibitions and is widely collected.