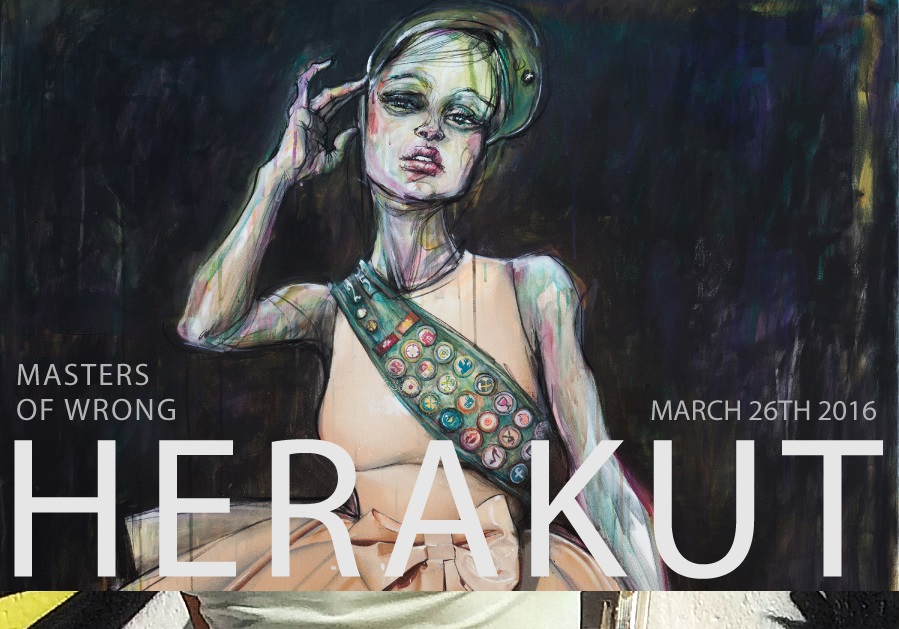 Leading German graffiti artists and storytellers HERAKUT–HERA (Jasmin Siddiqui) and AKUT (Falk Lehmann)–will debut their latest exhibition “Masters Of Wrong” at the COREY HELFORD GALLERY.  It will feature over 20 paintings, plus installations that will include works created onsite and available for sale during the exhibition.

With “Masters Of Wrong,” HERAKUT continues to, in their words, “draw attention towards problematic social issues, personal ones or those of global scale.” Their own beliefs are inspired by a certain kind of optimism, “for as long as we can see the problems in front of us, we stand at a good enough distance to still fix it.’ 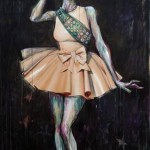 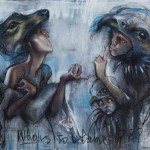 After joining forces in 2004, HERA (Jasmin Siddiqui) and AKUT (Falk Lehmann) merged their names and styles to collaborate as HERAKUT. Since then, the duo have been painting murals all over the world, along with additional work on canvas, paper and film for gallery and museum shows. Beyond international exhibitions around the world (France, Gaza, Germany and Jordan, among many others), live festival showings at Glastonbury (U.K.), Coachella (U.S.) and an appearance at the Happy 80th Birthday, Dalai Lama celebration (U.S.)

In advance of the event, they will paint a mural on the exterior wall of the gallery and collaborate with art program at culver city high school in the painting of an art wall at campus.