Exhibition « Pressionism, the Masterpieces of Graffiti on Canvas from Basquiat to Bando» Paris, France. 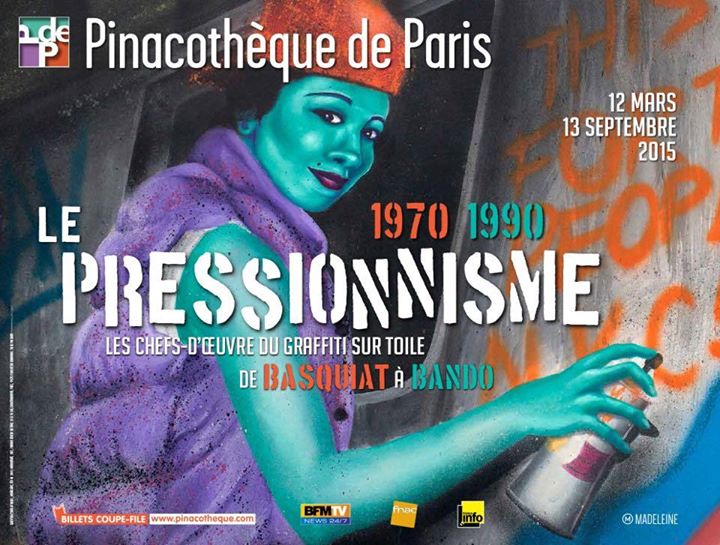 Pinacotheque  presents the origins and history of this now well-known artistic movement street art and the great works of his most famous predecessor.

Nearly one hundred paintings, carried out between the 1970s and 1990s by the greatest masters of graffiti on canvas.These masterpieces will highlight the hidden history of that movement, unfairly linked to tagging and incorrectly identified by official Art history.

If the recent paintings of urban art are obvious to the large public who sees them in the galleries, very few people know that, since the 1970s, the graffiti artists created in studios a genuine production on canvas, far from the street and from Street Art, to which they are nowadays relegated. Indeed, from the very start, graffiti artists, among whom were Coco and Phase 2, gathered around Hugo Martinez within the UGA (Union of Graffiti Artists) in order to exhibit their works in galleries.