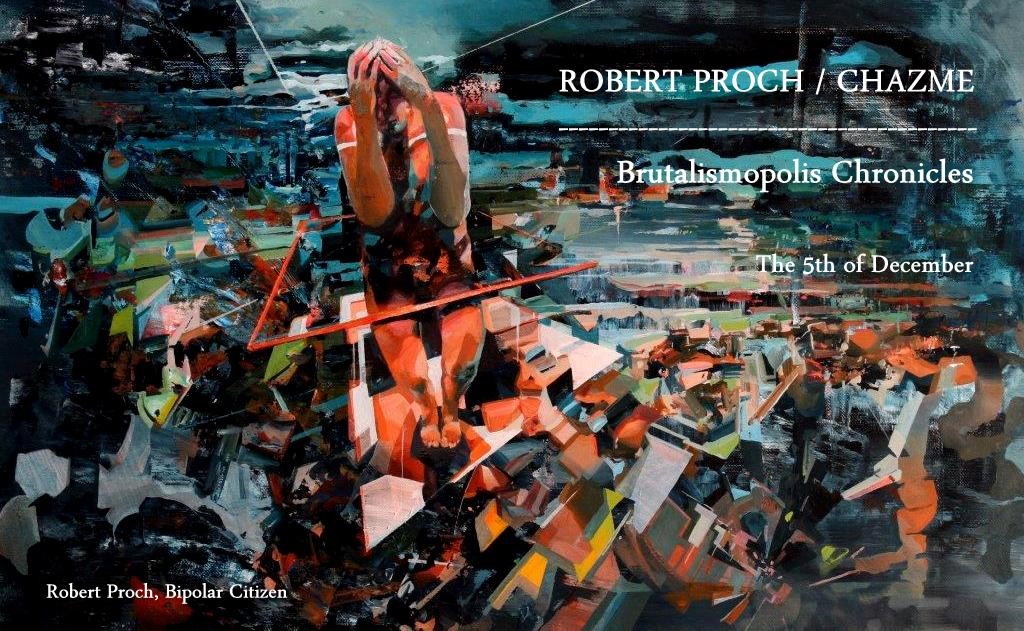 Kirk gallery presents a new large solo show with Robert (Tone) Proch and his colleague and friend Chazme.
Robert and Chazme has for the past 10 years been very active at the global street art scene besides showcasing their work at several galleries around the world.

As part of the mural project of the gallery “Out in the Open” the artists has also made the largescale mural “Mayday Mayday!” together with street artist SEPE.

With the show ”Brutalismopolis chronicles” the two artists wish to put light on the large problems Europe is facing right now. 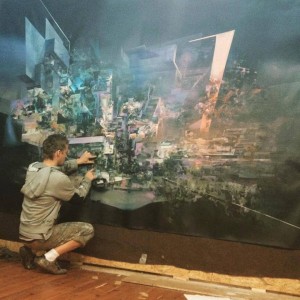 About the show the artists tell us:
“The way that internal economics and immigration are addressed is a serious integrity test facing the continent. All the while, the media presents us to the problems in high quality pictures of real casualties to everyone – while in the old days the news was passed on in newspapers, radio or low quality pictures.
When the last loud incident blew in Paris, just a few days before we had the chance to celebrate in Warsaw for Independence day the 11th of November. In the city there was a huge demonstration of Nationalists, who conveniently labelled themselves patriots.
This is all a giant echo from the past and some of the darkest chapters in history. The Anti-Islamic mood that is promoted creates the perfect conditions for xenophobia to flourish, frustrated people standing at the forefront of the movement.
This is all despite the fact that the Polish are no strangers to emigration, as over two million people have emigrated from Poland. But when it comes to opening the gate for these few thousands that need help now, everyone wants to ‘protect this healthy land from disease.’ The most alarming fact is that current moods are just a repetition of darkest chapters of the world’s history. And we’re supposed to be the most self-conscious generation ever. Information is relayed quicker than ever before. But we need to use it well. (Text from the gallery) 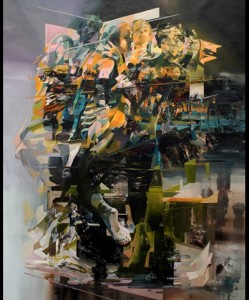 All Images courtesy of KIRK Gallery