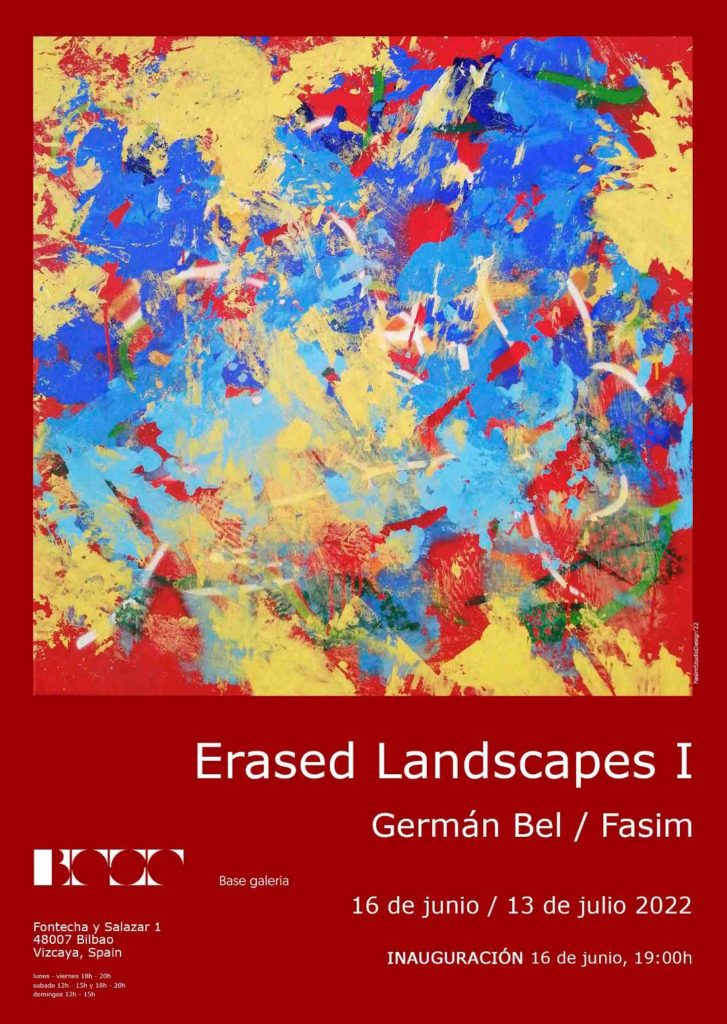 Base Art Gallery hosts the solo exhibition of contemporary urban artist Germán Bel, better known as Fasim, with a selection of the latest series on which the Barcelona painter has been working since the beginning of the pandemic, although it was conceived in previous years.

The works presented are of great urban inspiration that, under the title of ‘erased landscapes’, encompass and combine concepts and pictorial elements such as: the evocation of the landscape theme, social criticism, the search for identity in color or the pareidolic perception of the urban environment that characterizes the artist’s entire production with a personal, contemplative and meditative vision of humanity. 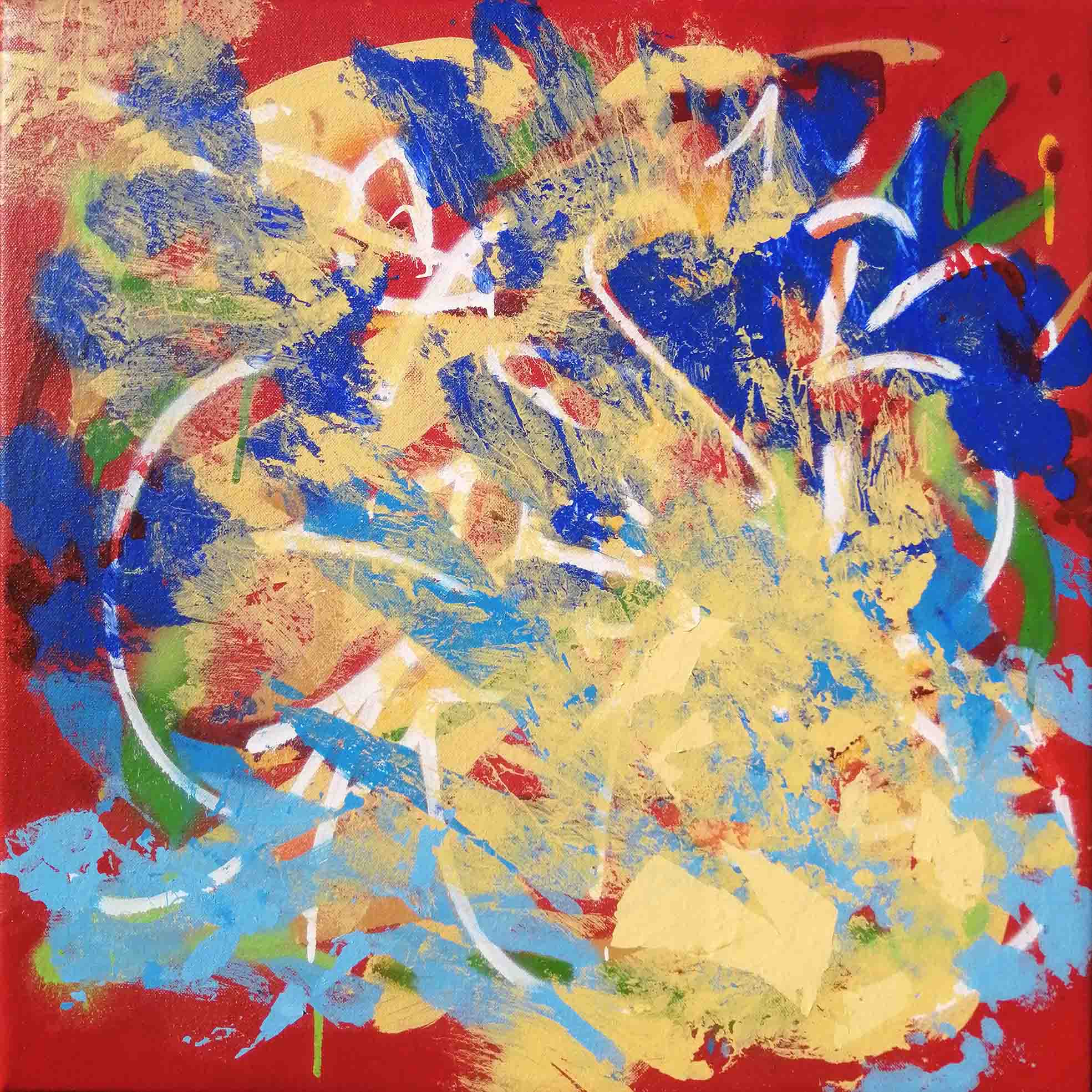 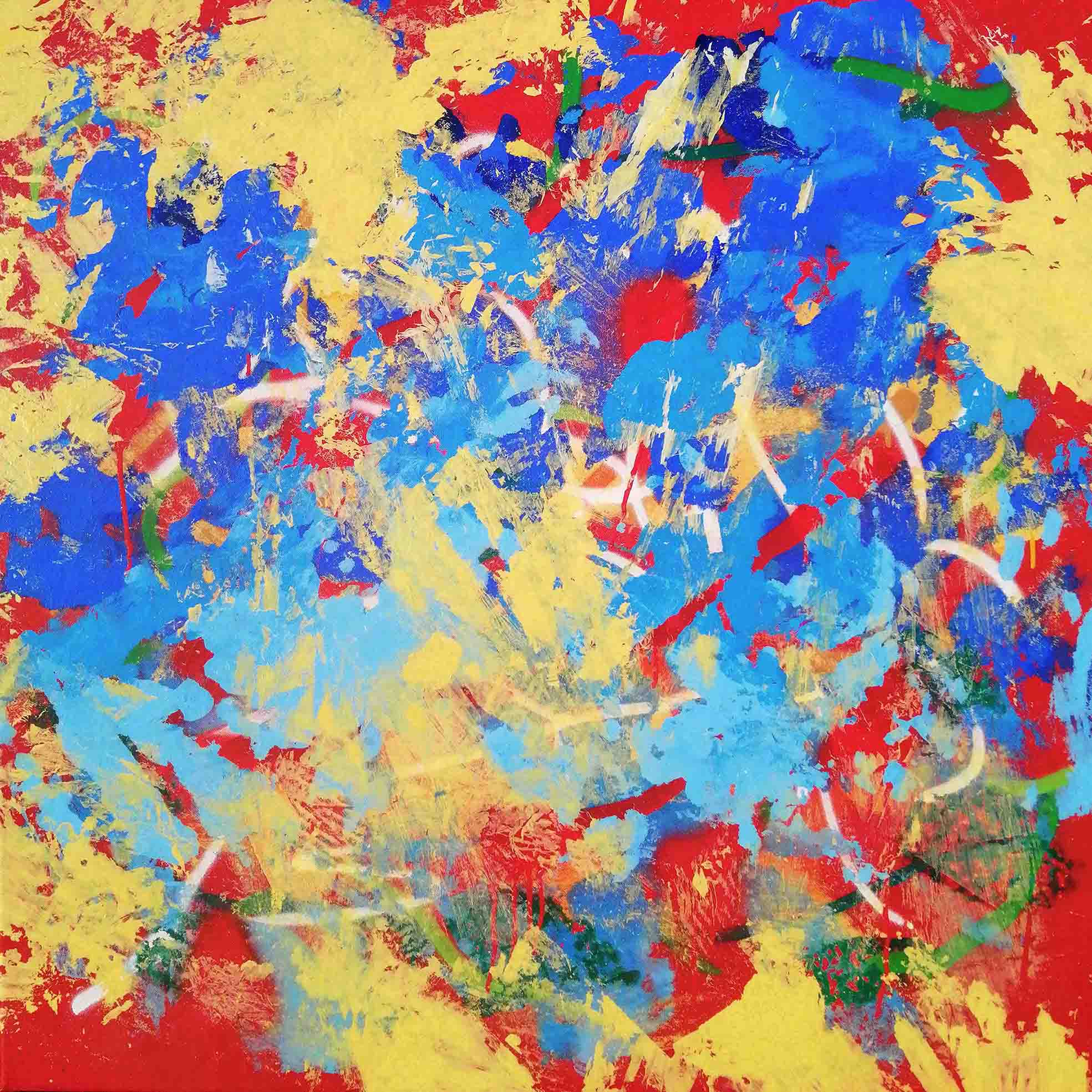 Germán suggests that the inspiration for this series came from observing the walls of the cities as he came and went through them: Graffiti signatures and erasures, diverse writings, pasted and torn posters or children’s drawings among many other graphic manifestations that the walls of our cities accumulate by the frenetic friction and feverish human activity, in a tangled amalgam of intentions and feelings, in which the painter perceives abstract fortuitous landscapes, fruit of the education of the look towards the pareidolical-apophenical-hierophanic* experience that he practices since he was a child by way of amusement.

A contemporary humanist look not exempt of self-criticism, in a game of glances where the appearances of the forms let glimpse intentions of a deeper depth. 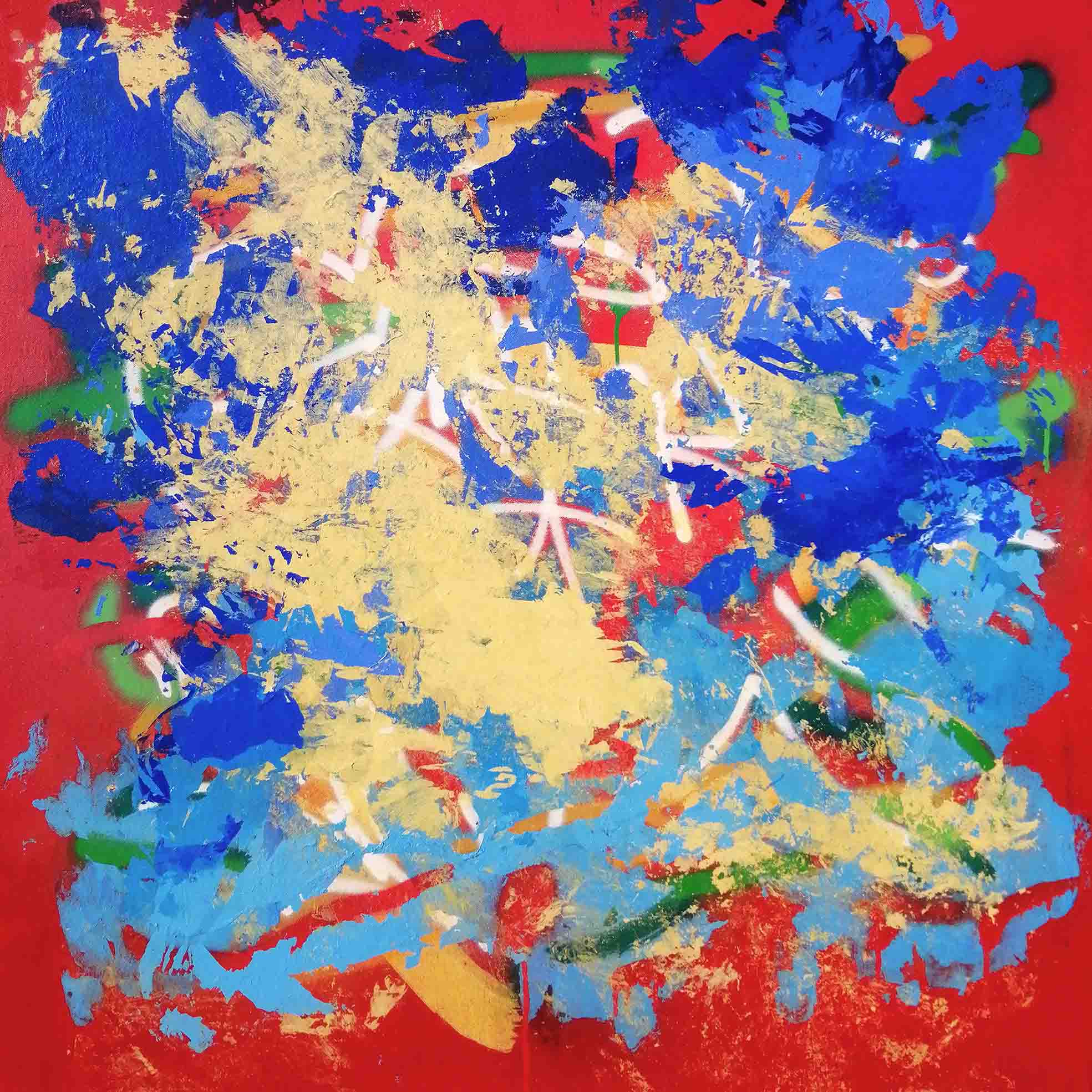 Without wanting to imitate or transfer this event of erasure to his paintings, these contain a great influence of this curious unconscious pictorial manifestation, but showing a fusion between the mania of leaving a graphic-pictorial record and the attempt of castration of this drive and it is between these two opposites where the series is gestated, between the written and the eliminated. It is also influenced by the erasure produced by the natural intervention of time, sun or rain, which leaves both layers visible. Which could well be an adaptation in the 21st century of that well-known advice Leonardo da Vinci gave his students in his Trattato della pinttura to fix their gaze and seek inspiration in the walls that were randomly mottled.

Closer in appearance to the buffer type erasing of trains, as happened in New York in the 60-70-80s and as happens today in Rome or Milan, where there are so many layers of graffiti that make corrosive liquids useless, so it is necessary to introduce the trains in a special polishing machine for total removal, although it does not leave them clean at all and they look like multicolored camouflage trains. In New York this machine had a well-known nickname: the buff, so because of their great similarity they could also be called buffing paintigs.

To his abstract vision of this peculiar revision of the landscape is joined an intense search for Mediterranean identity based on color, wanting through the choice of the chromatic range to approach the painters of ancient Egypt, scribes, decorators of tombs and temples, whose chromatic range was dominated by ochers, reds, blues and in exceptional cases greens, since they were very expensive, being content in most cases with turquoise. The painter wanted to equate these colors to the four elements of nature: water, earth, fire and air, thus claiming that the Mediterranean is the origin of all civilization, of ideas, of all technological development and of the arts.