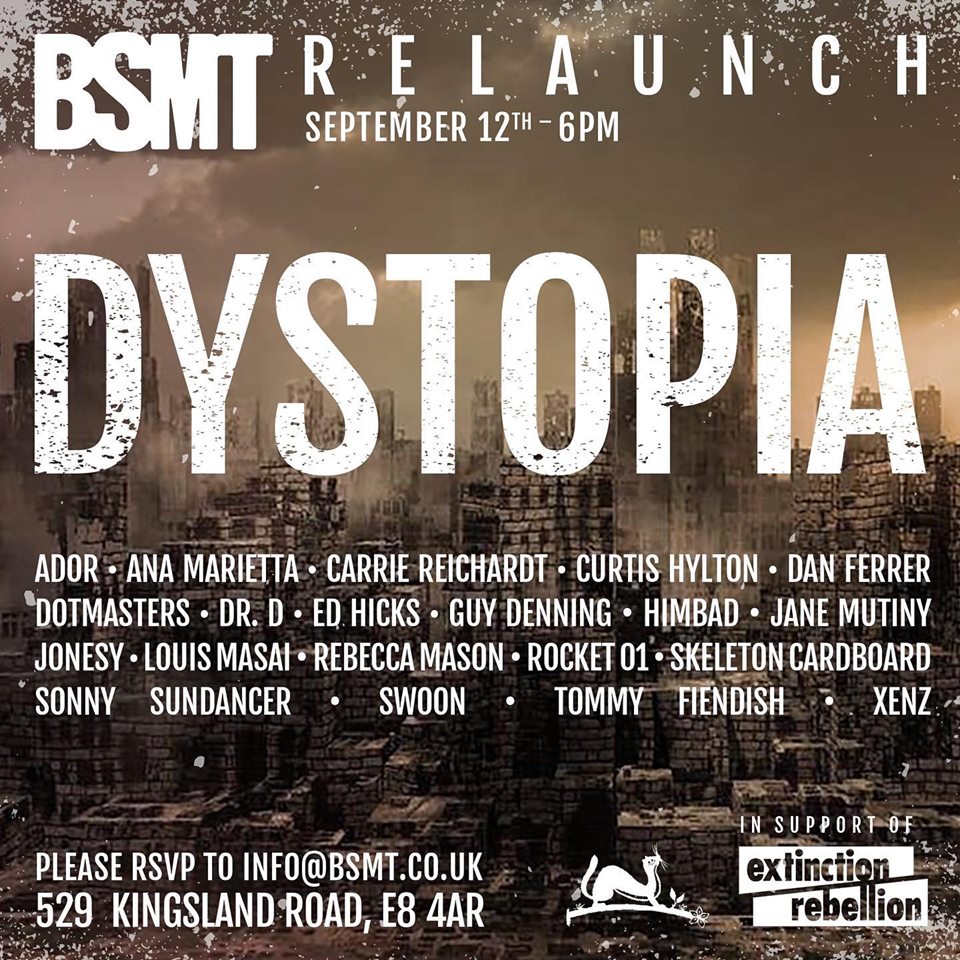 BSMT Urban Art gallery is relaunching in September with a two-part exhibition: DYSTOPIA and UTOPIA in support of Extinction Rebellion. We are at a radical intersection of history as the impact of climate change becomes a reality. Experts say we have 18 months to make decisions to change course. The charge is being lead by children and activists, which our exhibition is supporting in the lead up to the climate marches and strikes in September and planned actions lead by Extinction Rebellion in October. Our gallery and its art will be a platform to interrogate our warming world, the exhibitions will explore the possible futures we may encounter, embodying the zeitgeist we are all experiencing now. A percentage of all sales will be donated to Extinction Rebellion in support of the brave work they are doing.

The duo of exhibitions will feature some of the most active street artists who have made it their life’s work to spread awareness as well as a diverse cross section of global talent. The line up for DYSTOPIA features: 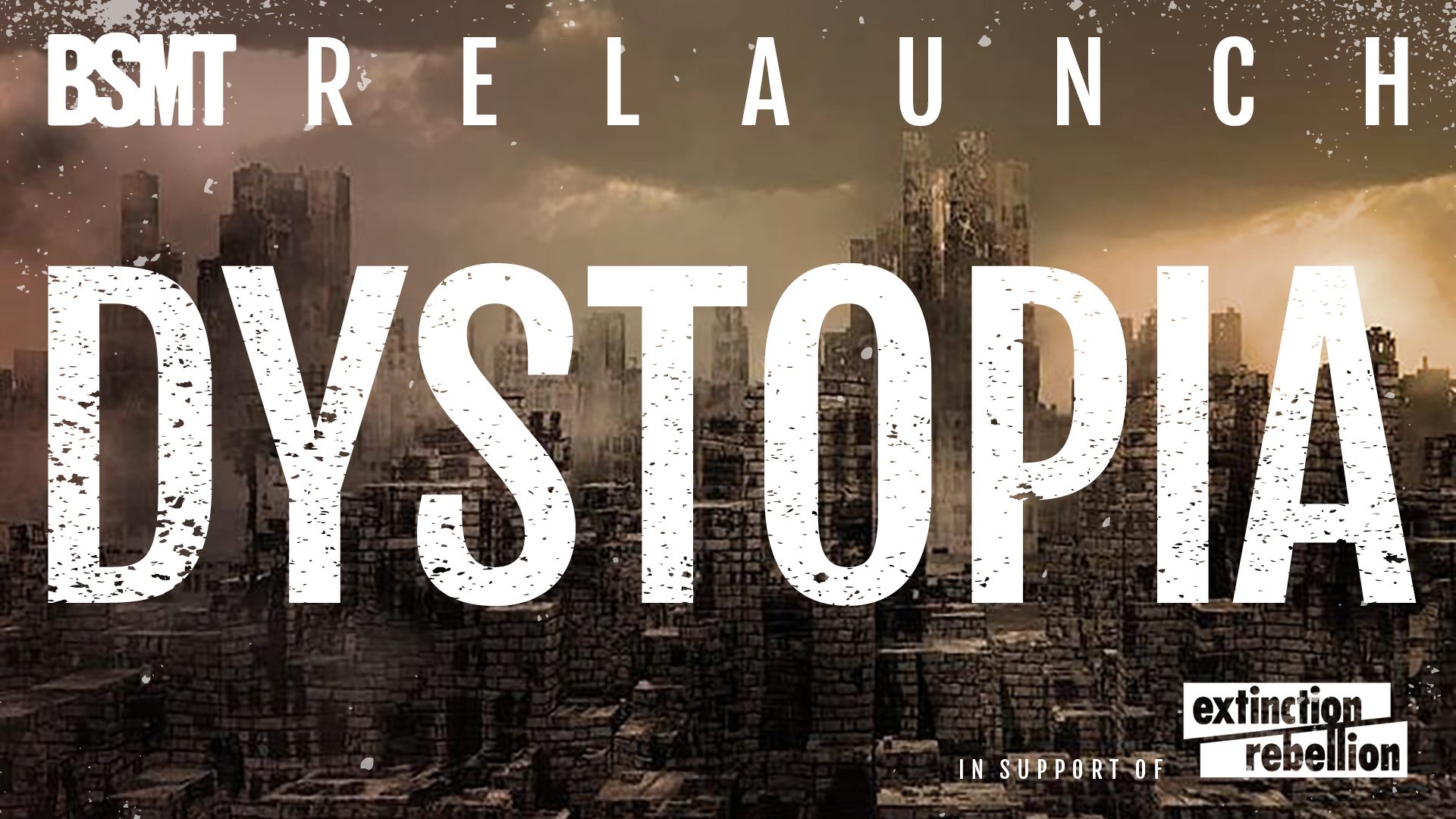 If you’re interested in what the commotion is about, want to get involved or understand more about proposals being put forward then head to https://www.facebook.com/bsmtspace/ or check out Extinction Rebellion on Facebook facebook.com/ExtinctionRebellion/ for the full schedule. The events will cover topics like the Green New Deal, how we can evolve the current climate regime to solve these issues, how to face into the climate challenges to come and responding to the threat of mass extinction we face.

“This is our darkest hour. Humanity finds itself embroiled in an event unprecedented in its history, one which, unless immediately addressed, will catapult us further into the destruction of all we hold dear: this nation, its peoples, our ecosystems and the future of generations to come… We refuse to bequeath a dying planet to future generations by failing to act now.

We act in peace, with ferocious love of these lands in our hearts.

We act on behalf of life”

Excerpt from the Declaration of Rebellion, “THIS IS NOT A DRILL, an Extinction Rebellion handbook” 2019