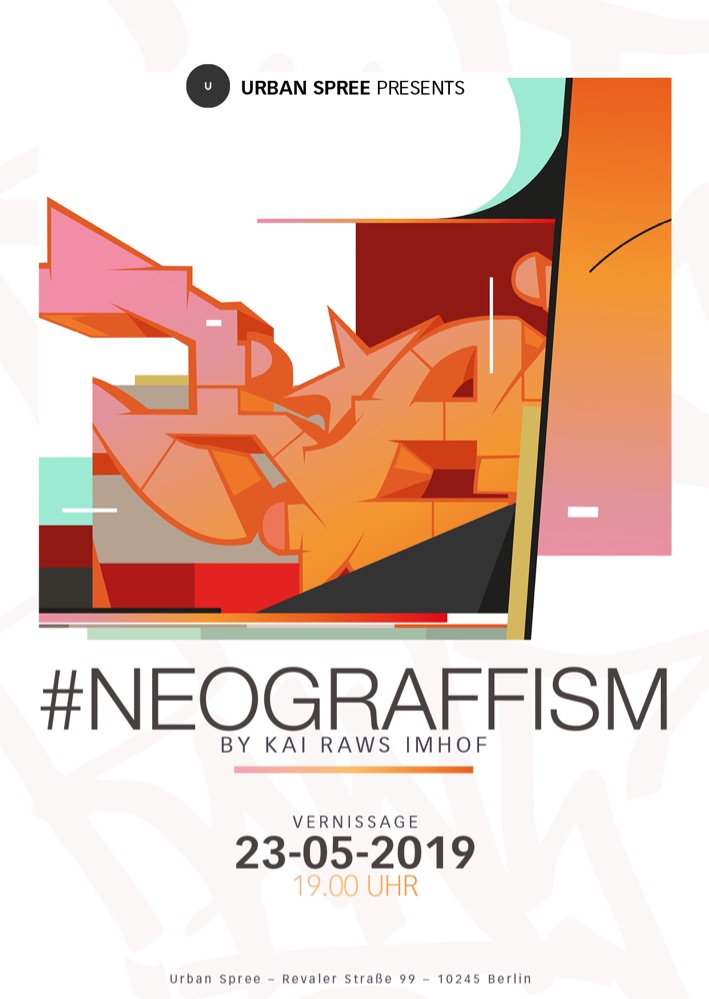 In “#Neograffism”, Kai Imhof a.k.a. RAWS strips down his years of graffiti practice and explores the tipping point where the core aesthetics of graffiti, after being deconstructed and re-arranged, creates a visually stunning arrangement of colors, contrasts, and gradients. 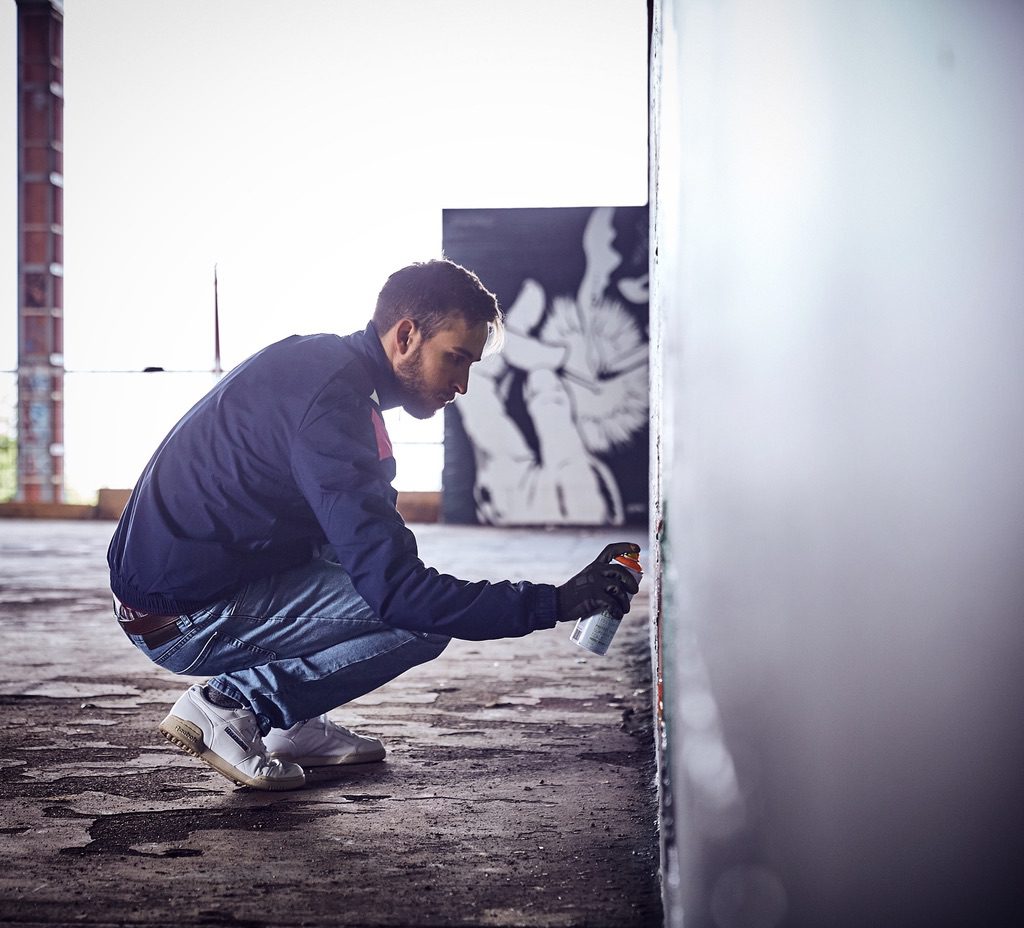 A 60 x 60 cm limited edition screen print with 2 variants will be released during the Opening at the gallery and online.

“When it comes to design, I try to combine my preferences for letters, graphics and minimalism in my work. Many of the works were done using acrylic paints and spray cans. The use of these media also emphasizes the duality of graphics and graffiti. In my canvases I have mostly worked with gradients. These are created exclusively with aerosol and can be a symbol of the movement and transience of graffiti.” 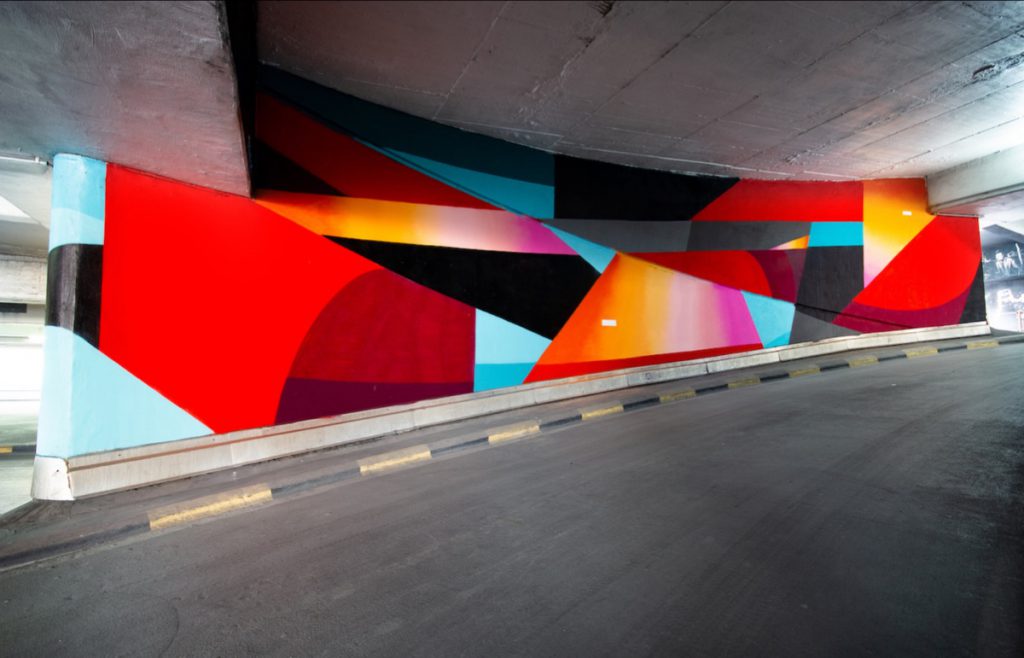 Kai “RAWS” Imhof (b. 1990 in in Königs Wusterhausen) is a Berlin-based German graffiti artist and graphic designer.

RAWS started painting graffiti in his neighborhood in his early teens, extensively bombing the city from 2004 to 2008, where issues with law enforcement led to the start of his studio career. Trained as a graphic designer at the Best-Sabel Designschule in Berlin, RAWS is also an accomplished designer, having designed products for Reebok, Marvel, Nike, the fashion designer MarcCain, Montana Cans, Über-Skateboards etc. 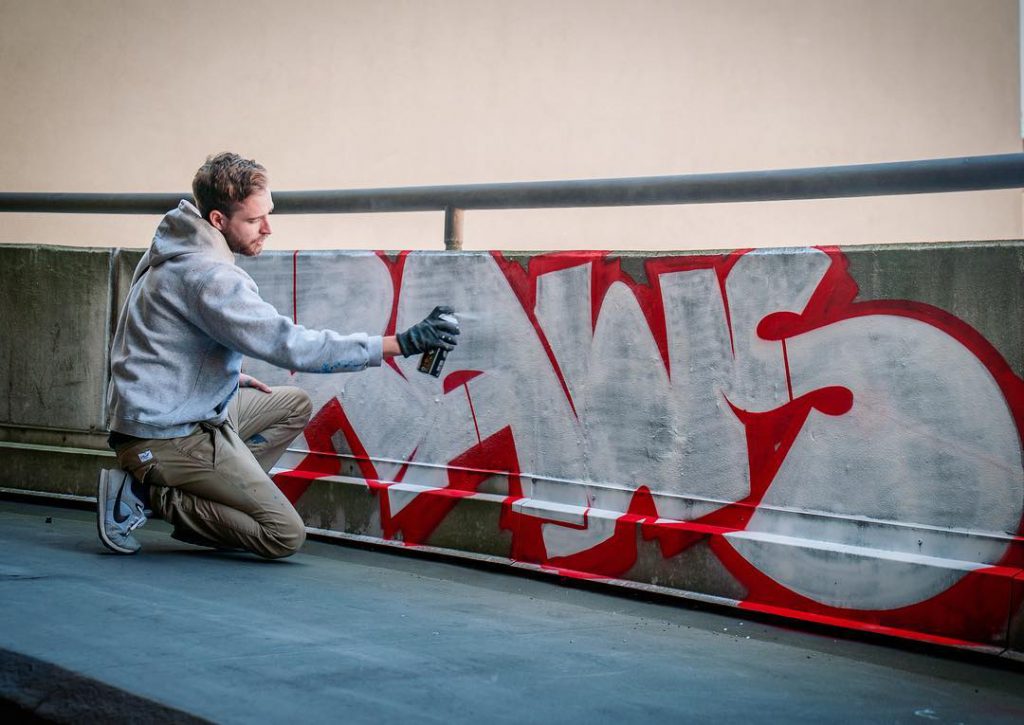 In parallel, RAWS paints murals all over the world and participates to group shows since 2017 (The Haus and Wandelism in Berlin, Monumenta in Leipzig). #Neograffism is his first solo show. 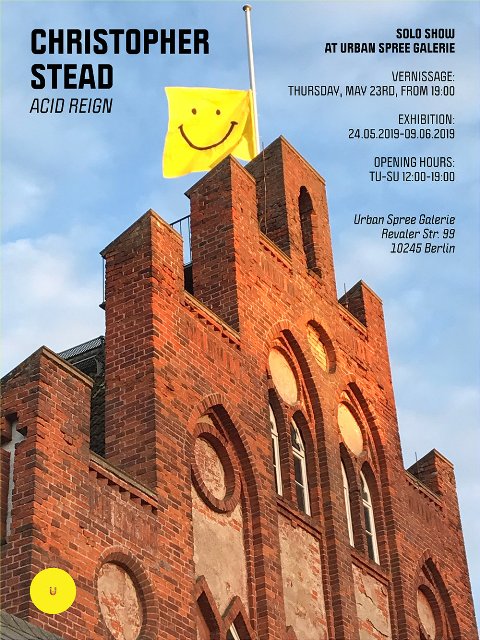 Acid Reign is the culmination of a long-term residency at Lab Kalkhost in North Germany. Christopher Stead produced on the shores of the Baltic Sea several large format works, using a process mixing graffiti techniques and natural elements.

Cans of paint are burst with nails, sand and mud is flung. An alchemy between the paint and the land turns into a painterly concrete, cementing ideas, solidifying a tangible truth. The paintings are stuffed into rucksacks and returned to the studio where Ikea bags full of previous endeavours lie dormant ready to rework. A fecund process is born. 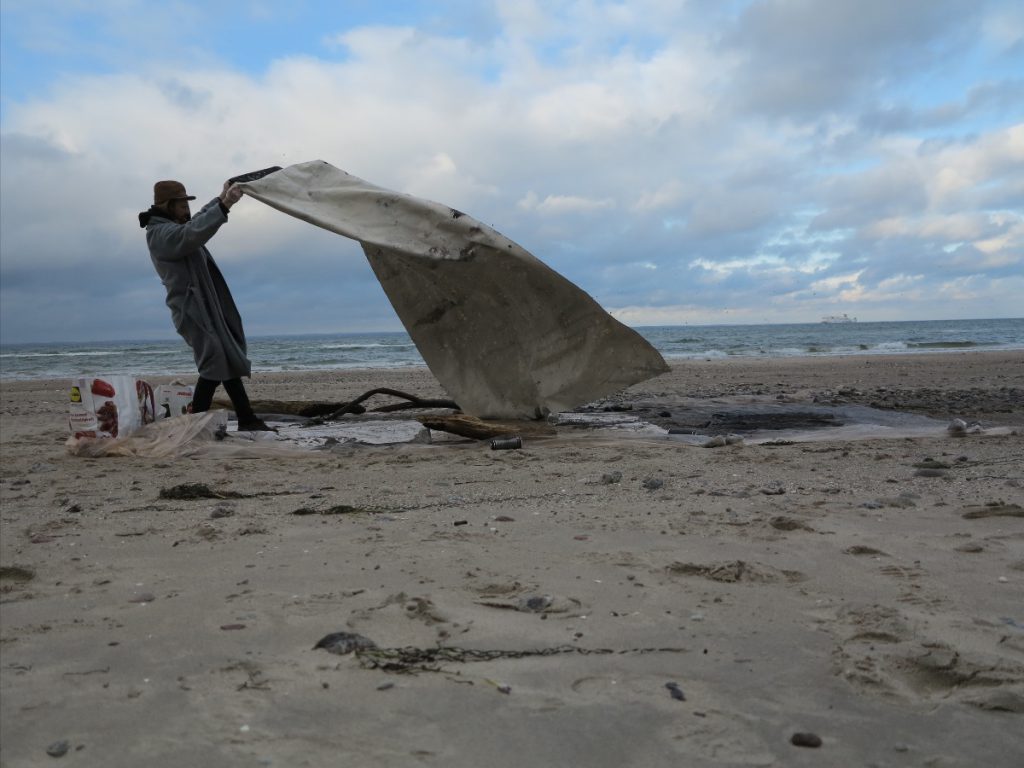 The fences used in the supports of the pieces are taken from decaying plots on the train lines.

Rusty fences, transgressed and twisted by nature are transported to the studio. The erosion of the metal emasculates the sterile man-made purity of the material. This gives each painting a story and a history. Every fence painting starts at night on the train tracks with a pair of bolt cutters and finds its way into the light of the studio and finally into the gaze of the public domain. 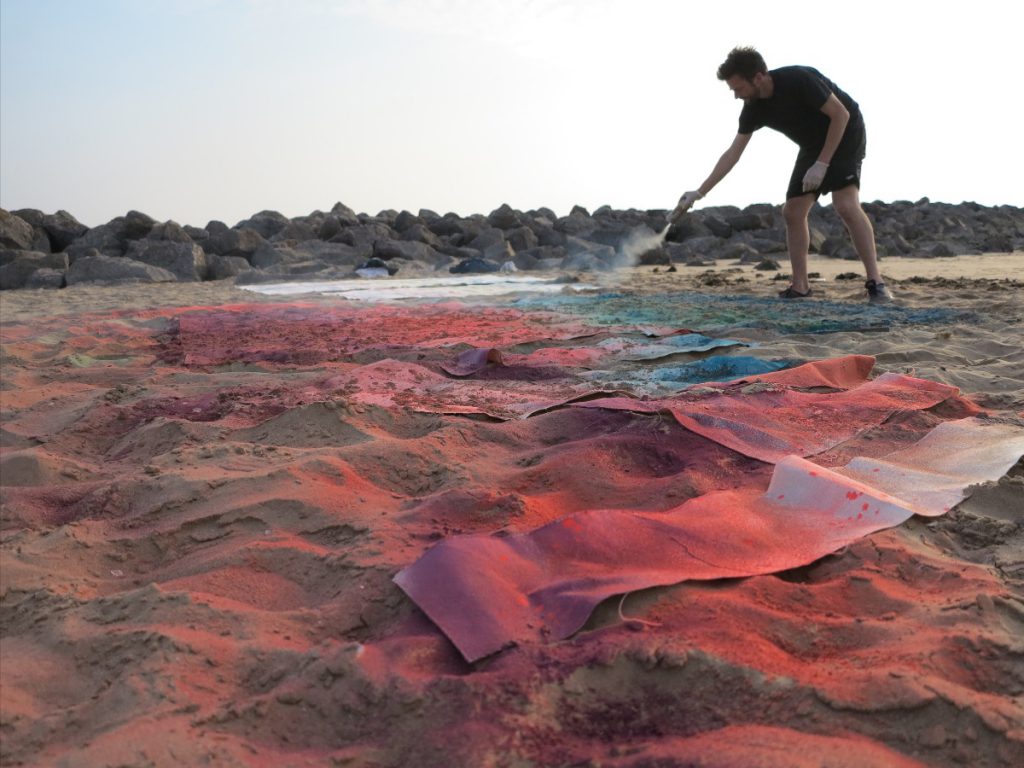 Acid Reign is emblematic of the freedom of movement in open spaces without borders. A freedom which is slowly being choked out of the people once again.

Tangled, torn, popped, squeezed and then hung in spaces of other, the work exists to evade the paradigms of commercial obedience, white cube boredom, and the polarities regimented by cultural hegemony.

Informed by Thatchers dystopian Britain and her Acid House love child, the work explores free movement in spaces without borders.

In 2016 Stead graduated with a First Class BA Hons in Fine Art at the City and Guilds of London Art School, London, where he received the Painter – Stainers Scholarship Prize and Brian Till Art History Thesis Award.