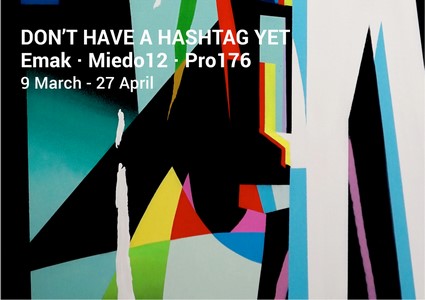 “Don’t have a hashtag yet ” makes you see and understand contemporary art from another perspective, inclusive, with the practices of Street art. We point out the irony of the title “not having hashtag yet”: these artists don’t mind being tagged, if you need too you can.Apart from the nuances of the Spanish translations of Street Art, Graffiti, Urban Art… there is a certain rejection to be classified under these typologies. A sample is a rich encounter, a stake without a race between the styles of PRO176, MIEDO12 and EMAK, who freely move about the walls and the studio, among the classic piece of hip hop graffiti and the most delicate and dynamic geometrical freehand drawings.

The flat and two-dimensional wall painting of PRO176 owns three well-rooted thick branches: sponsored by SEEN, synthesizing the influence of the Bronx’s Godfather of Graffiti, and acknowledging his debt to Jack Kirby’s graphic resources, father of the Marvel editorial superheroes. Another original and solid foothold is the genuine Parisian graffiti of the nineties.
Also being one of the first members of the recognized collective UltraBoyz International.
EMAK is technique and mastery, the good work, skill in combining aerosol with brushes and acrylic paint, constructing plans in movement,
fuged forms and far-fetched colors of risky balance. We could label his work as “neobaroque?” urban mural painting which reflects
the letter tradition of European graffiti, brilliant and resounding, with all the unimaginable variations of his four letters. 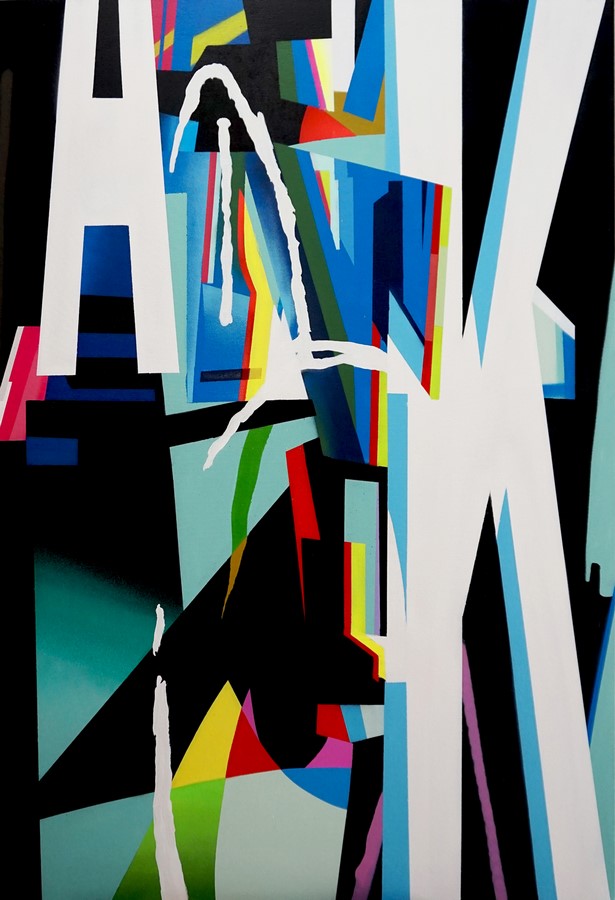 MIEDO12 has been active on the street since 1998, with deserved respect. A graffiti writer and professional illustrator. Like his mates he also writes (and traces superbly) the drawing of his name. His wild style and saturated color palette is unmistakable; as an expert typographer his lettering stands out above the doll, the figurative part that leads to the classic
piece. MIEDO12 is just as effective when dealing with wall surfaces or in studio works. Always formed part of the Italian crew BN, 21 years in the trenches, and his works can be seen spread all over Spain, Italy, Mexico or Guinea.
The didactic selection of Don’t have a hashtag yet teaches freedom, without labels, that is why we should study it.