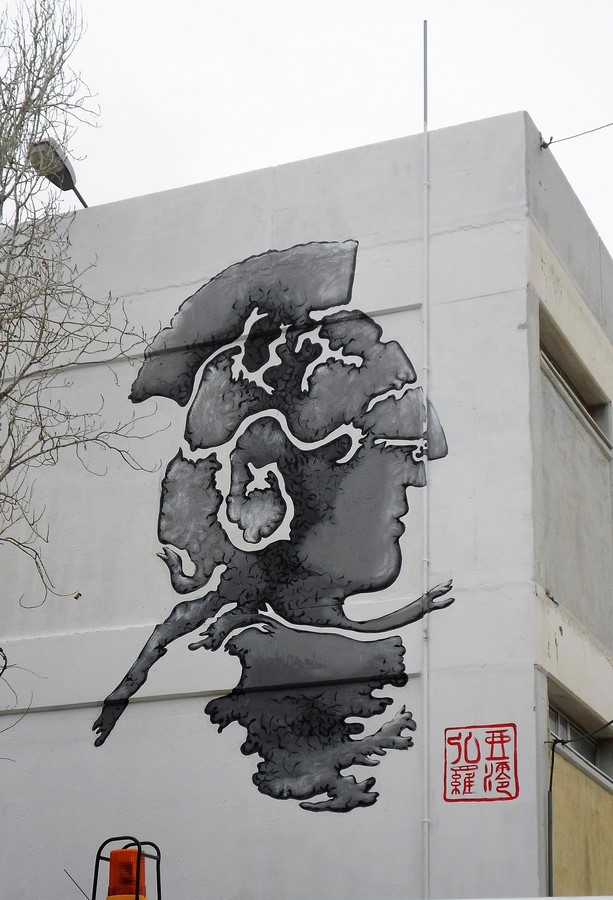 The exhibition, a fine perceptive experience, is characterized by Allegra Betti van der Noot’s Retinal Cipher, a staging of the Inner Vision.
In Retinal Vision | Act II, Allegra Betti van der Noot presents 22 artworks composed by 47 pieces/fragments newly made specifically for the
site, all realized in Athens on residence.
Three vast canvases,installations within painting, sculpture and experimental research coexist in a visual landscape of tonal monochromes,
black and white, essential tones and articulated compositions.
Artworks are in a dialogue between one another like in a thick dream plot that leads the observer along a path which is not only aesthetic
but also intellective-interpretive.

A graduate of Accademia di Belle Arti di Brera, Allegra Betti van der Noot lives and works in Milan. Since 2008 she has had numerous solo
and group shows in Europe. Starting from 2010 she has realized Site Specific Public Art works in Brazil, Europe and the United States.
Since 2014 she has completed five large scale public works in Greece.