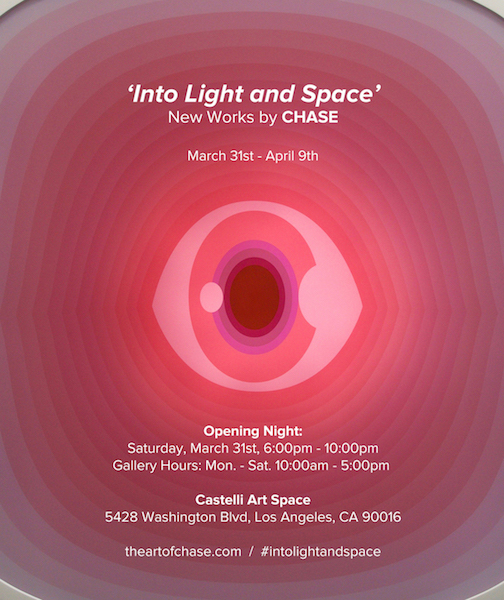 Chase new Solo show in Los Angeles is an inspirational new approach to his art. Castelli Art Space is thrilled to announce a new solo exhibition by CHASE, the iconic street artist whose emblematic “Chase Eye” can be found in murals all over Los Angeles, as well as more than 350 walls worldwide. The work in “Into Light And Space” marks a bold new chapter in CHASE’s career, framing his street art aesthetic through the prism of Southern California’s light and space movement. It will be on view from March 30 – April 9, 2018, with an opening reception on Saturday, March 31 from 6pm – 10pm. 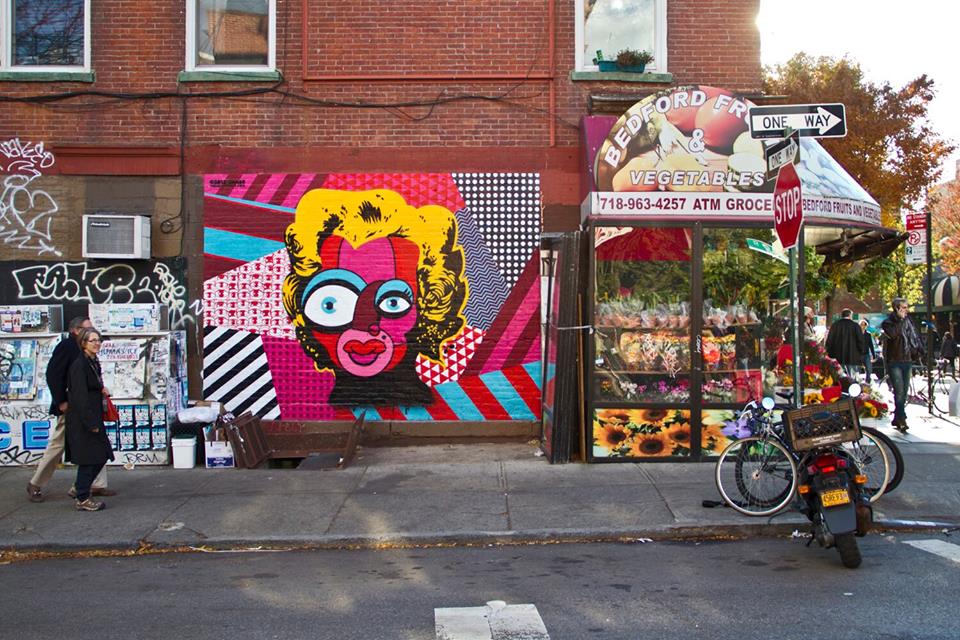 CHASE’s exploration into this body of work was sparked by a suggestion from Eugene Rome, a prominent attorney specializing in the art world. Rome saw a potential for CHASE’s work to actually become illuminated, and the two worked in collaboration to bring this more refined body of work to life (and light). This is Eugene’s first non-legal project in the art space. 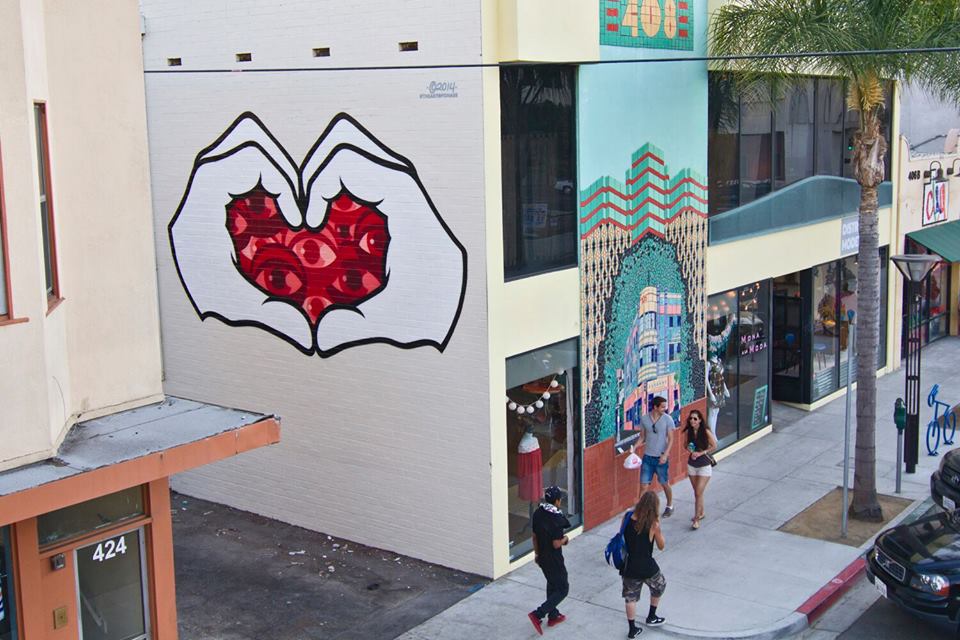 Each new piece highlights the perceptual phenomena of light, volume and scale, and incorporates materials never before used by the artist, such as glass, neon, fluorescent lights, resin and acrylic. The large-scale works are designed to invite the spectator’s full immersion into his signature street art aesthetic through light, texture and scale. 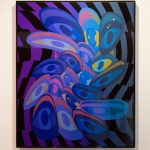 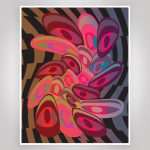 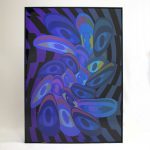 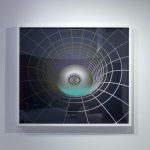 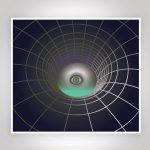 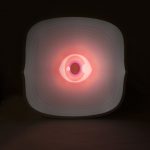 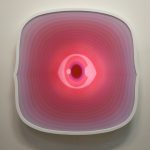 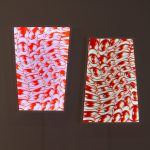 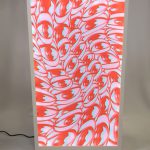 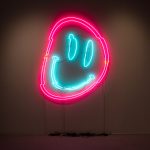 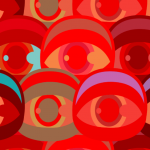 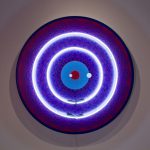 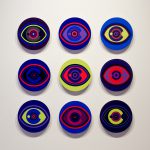 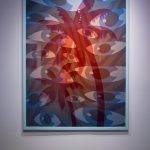 Originally from Belgium, CHASE’s work has become as interwoven with the cultural fabric of Los Angeles, as LA has become intertwined with who he is. CHASE was one of the earliest street artists on the scene in the 90s, literally painting walls for free, until his emblematic “Chase Eye” could be found on walls in nearly every neighborhood. People have commented to him more than once, “Your work is always popping up everywhere I go. It’s actually part of my LA experience.” 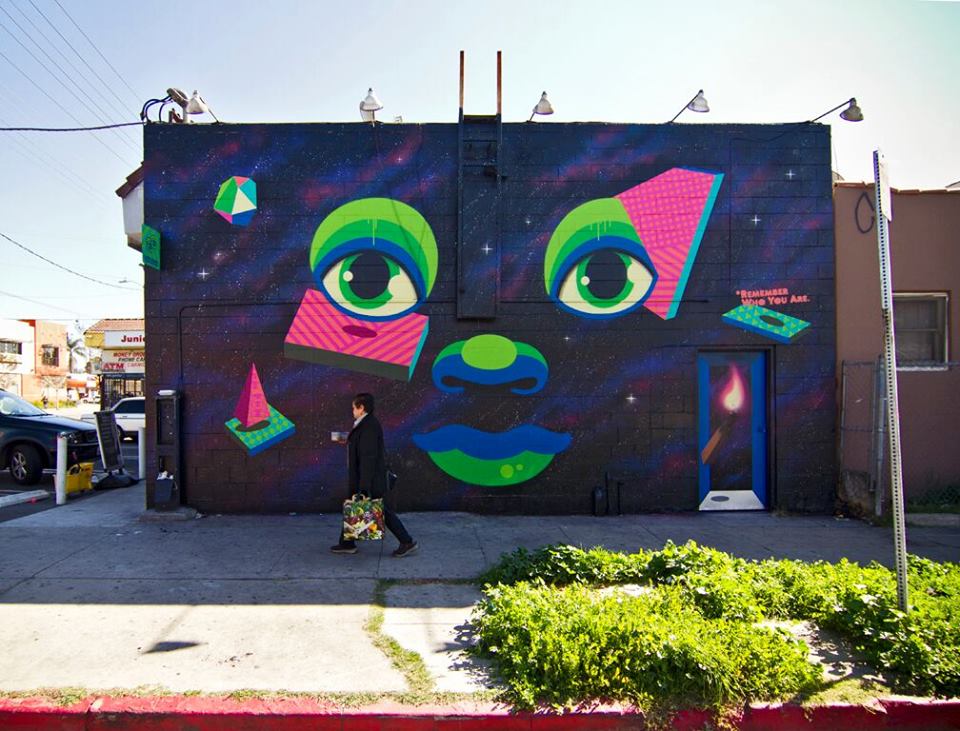 “When I first got here, all I wanted to do was skateboard and learn how to paint,” explains CHASE, who was just 17 when he arrived. “When I paint now, all these years later, it’s a way for me to connect to my younger self who still wanted to learn how to be an artist. And I have that opportunity thanks to Los Angeles.”

Over two decades later, CHASE is still running on that youthful enthusiasm, reflected in the colorful psychedelia it depicts. His work has always been bright. Now it glows.

CHASE is known for his quirky and humorous paintings that create disruption in our day to day lives. After moving to Los Angeles from Belgium in the 1990s he began his foray into the street art world on a large scale, seeing a raw city open to creation, offering a new mode of communication through imagery and quirky text. His determination, fueled by his mantra “where there’s a wall, there’s a way,” has given rise to international opportunities and over 350 murals worldwide. The psychedelic, graphic, and positive aesthetic of his work add to the urban landscape, but also seek to create a dialogue between city inhabitants and within ourselves.

Castelli Art Space is dedicated to offering new avenues for artists and curators to exhibit art. Our mission is to facilitate the connections between artists, curators, collectors and the public by providing a space that allows flexibility in how art is presented. Castelli Art Space is a newly remodeled 2,000 square foot venue available for public and private exhibitions located just east of Culver City at 5428 W Washington Blvd.