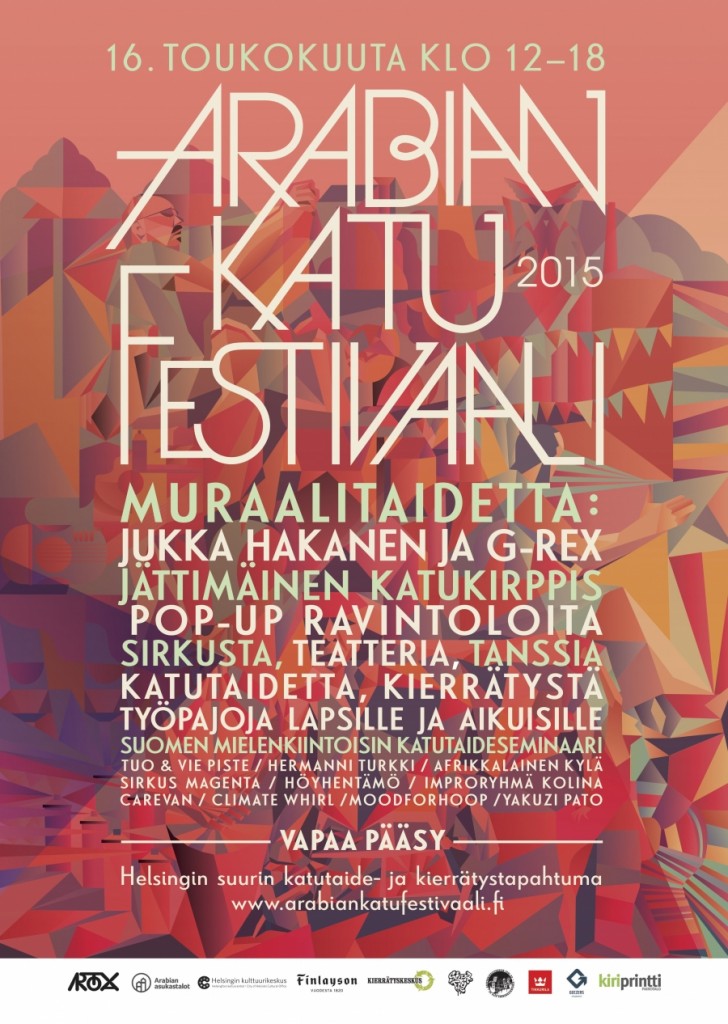 Arabian Street Art Festival is now organized for the eighth time. The festival day will see a strong and thrilling presentation of street art at its most varied, including e.g. graffiti, music, urban food culture, circus, as well as flea markets and recycling. Arabia Street Art Festival has established itself as a showcase for domestic street art and a grand carnival of the people that radiates urban culture at its strongest.

STREET ART AND MURALISM AS THEMES FOR THE 8TH STREET FESTIVAL

The project is carried out by the district’s neighborhood association Artova, which is also the main organizer of the Arabia Street Art Festival, in co-operation with Tikkurila Oyj, Helsinki City Apartments (Heka), Heka-Kumpula and the City of Helsinki Youth Department.

Two murals will  be painted this year, one by street art group G-REX on the end wall of a row house in the festival area. G-REX is a group of professional illustrators and designers from Grafia who aim at presenting graphic art and illustration in the urban space.

And another one byJukka Hakanen on the side wall of an 8-story apartment building, located in Helsinki’s Arabia neighborhood. 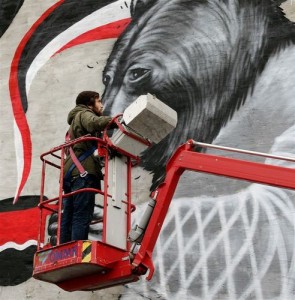 The artist will be working on the mural during the entire festival week, and the excitement will culminate on the festival day as the work is completed in front of thousands of festival guests. Artist  and residents have wished for more permanent paintings, and the Arabia murals the first step in claiming the whole neighborhood for street art. A s a result of co-operation between various parties, the work will demonstrate that close co – operation between civil, corporate and municipal actors is possible in Helsinki.

A Street Art Seminar will also be held in Arabianranta’s new movie theater Kino Sheryl on the festival Saturday 16 May star ting 12 pm. The seminar is free of charge.