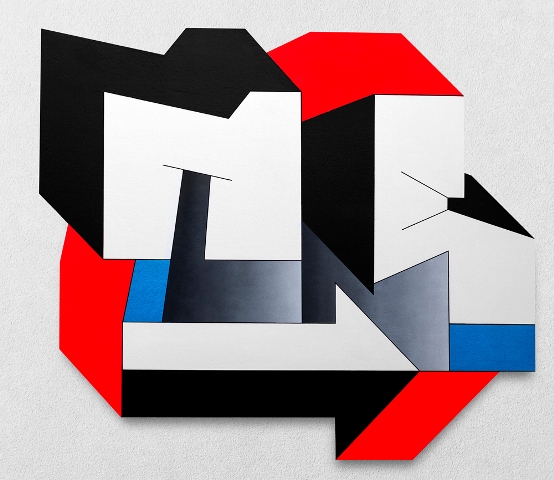 Our existence is marked by duality. Starting with the very functioning of breathing or the rhythm of the heart and continuing with innumerable aspects of our lives, both personal and social. Any decision is debated between yes and no; the present runs fleeting between the inexorable past and the uncertain future; the other can be our greatest ally or our worst enemy. Polarity, dialectic, struggle … tinge, confront and rebut the concept of unity that is emerging as an unattainable entelechy. At the beginning of the 20th century, Cubism disarticulated the unitary vision imposed by the central Renaissance perspective of the painting conceived as a window open to the world. The unit of the object burst into a thousand pieces. The fragmentation opened the doors wide for new explorations of the context. The collage principle placed in a plane of plastic equality the fusion between representation and presentation, between fiction and reality. The crystal of the Renaissance Vedutta shattered. Through those pieces, since then, artists keep looking at everything around them. 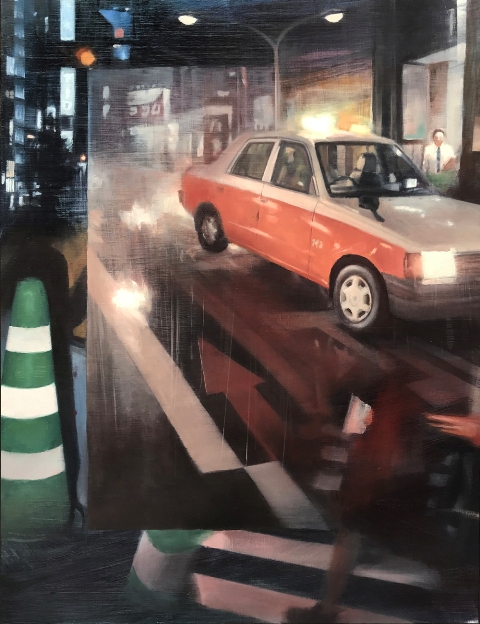 Art and its double, life and art, are recurring binomials that make up that genetic and congenital duality of the human being. Good proof of this are man’s convulsive relations with Nature. Human nature, derived urban nature, something that has been exponentially exacerbated since the nineteenth century. Precisely, the city is the field of operations of these two artists who have decided to combine their wills in this unique exhibition project: Double direction. Dual direction that indicates several aspects to consider. The first refers to the fact of being two artists that replicate to some extent something that is usually common in the street: jointly approach painting a wall. The second contains clear urban connotations, a route that can be traveled both ways. There would still be another meaning printed on this sign: that identification between life and path (Machado and many others …) that is updated and accelerates. A third aspect refers to the plastic languages of both artists. César Goce’s clear figurative drift, Antonio Tone’s conscientious abstract references. The two show a common inclination at night and their fleeting shadows, by those night lights that animate everything in a somewhat spectral way, by the transience with which illusions follow each other and forms transform. 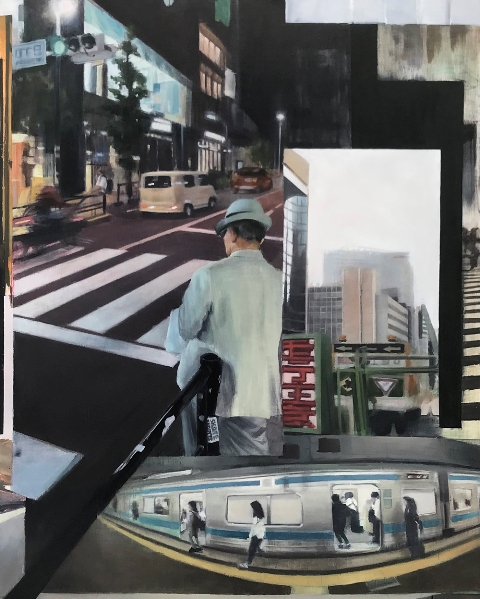 The painting of C. Goce is solved in a complex game that drinks in the sources of the collage, or better, of the pictorial photo-collage of transparencies that overlap fragmentarily, in line with the Derridian approach of the palimpsest (that deconstruction that has given so much to talk in the last decades). The different parts of these crystalline visions not only juxtapose in the two-dimensional space of the painting but also overlap in the time of the experiential record of the reflective process of experience. 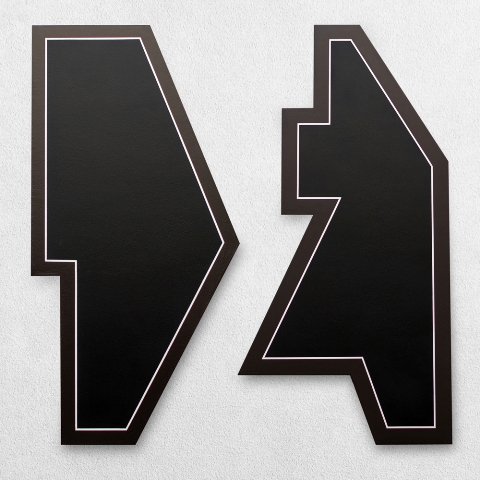 The works of A. Tone refer in the first instance to a geometric abstraction of rigorous and conscientious style. The use of color -charged with a high light intensity- generates a perceptual movement that deeply agitates the apparent nocturnal flatness so characteristic of his work. The use of trapezoidal formats resolutely breaks with the typical orthogonality. Once again, the implicit movement in the rupture (which necessarily suggests the passage of time) energizes sight and the viewer’s mind.

Separate mention requires the two works created jointly and on-purpose. Specifically arranged one in front of the other, they denote capacity for synthesis and flexibility, of frankly remarkable dialogue and integration. Day and night, light and shadows, figuration abstraction, geometry and expressiveness, image and word … are an invitation not only to look behind the mirror (without Alicia’s permission), but to play with the infinite possibilities of that crystal that is not seen but does not stop being. Fragile and fleeting beauty that tries to fix the material time of good painting.