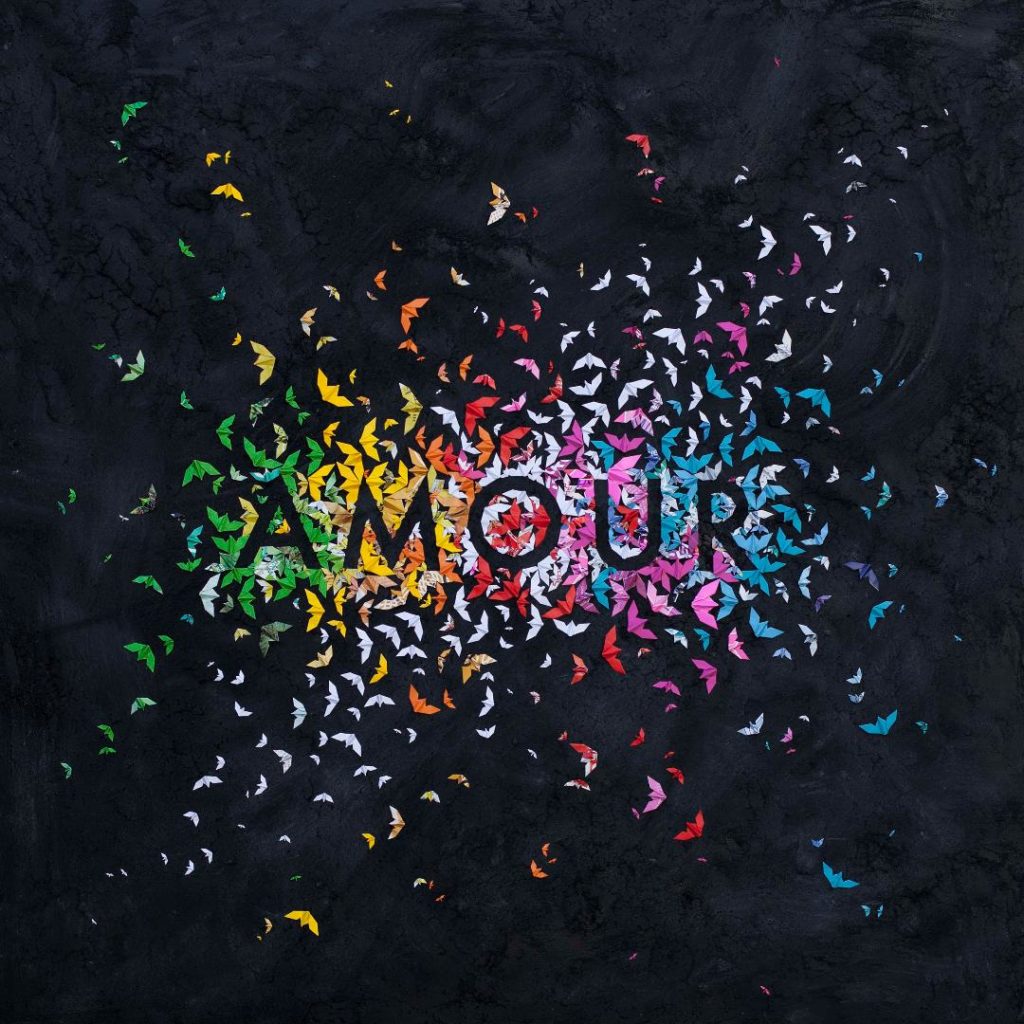 Mademoiselle Maurice is back for her third (very) personal solo show entitled “Amour” from 20 March 2020. This universal feeling is expressed in some forty works that testify to the artist’s ability to transcend her themes and to surpass herself in order to surprise and give the best of herself. Through an introspective journey to the depths of her soul, the inspired origamist speaks to us in the same spirit of existential crisis and meditation, constantly playing on extremes with the brio we know him to be.

If creation often proves to be curative, for Mademoiselle Maurice it is a vital necessity. The year 2019 was a particularly trying time for her. Undermined by two illnesses, she suffered the loss of two close friends and a love break-up, followed by the disturbing rediscovery of celibacy at the age of 35, after living as a couple for more than ten years. It was also that year that she undertook a trip to India that upset her. She lived and worked in the Dalai
Lama’s village, inhabited by Tibetan refugees, where the connection with nature, the link between humans and the four elements and the colourful harmony dear to her heart are manifested in particular through traditional thangkas.

In the midst of a burn-out accompanied by a phase of questioning as to her place as an artist in an increasingly
anxiety-provoking system, a few months after this trip she embarked on a ten-day meditative retreat without speaking (in Buddhist culture, she is called Vi passanā). This mental introspection will literally push her to overcome her inner demons, to the point of realizing that her ultimate ideal, and thus that of humanity, is Love. A universal love – like her art – which wants to reflect her own values to be shared: benevolence, empathy, honesty, respect for our planet must be watchwords in counterpoint of all that hinders them and which is reflected in the media conveying hatred, selfishness, fear and withdrawal. It contrasts “selfiemania” with self-love as a virtue – accepting oneself as one is, without judgment, leads to opening oneself fully to the love of others. This is why in this explosion of Love, we will not see the swear words that she often likes to decorate with her colorful papers to illustrate her blows. Articulating her reflection around three series, Mademoiselle Maurice invites us to travel here and now in her intimate cosmos, with always in the background the principle of Yin/Yang at the balance of everything. 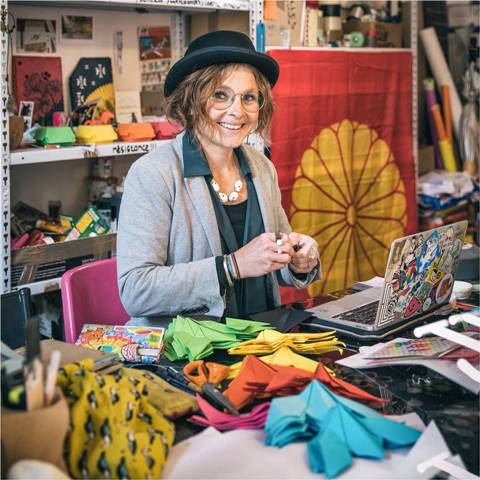 In the first series, its dark side, mourning and chaos emerge through works with black backgrounds worked with clay – the fundamental material from which life on Earth is born – where light vibrates: it is the rainbow and flashes of white that emerge. It is a set with almost Babelian accents; the word Love appears in several languages around which various pieces of recovered paper are arranged. The second tells us about fauna and flora in the form of pencil drawings that she signs with her wallpaper origami. So many butterflies of collection in a cabinet of curiosities, in hymn to what nature offers us. This nature can be found in the third series, this time on wooden supports decorated with small pieces of assembled plastic from waste collected in the street or on the beach. Painted metal birds
stand out, filigree indictments of the pollution that kills them – they are, in a way, symbols of love in a cage. March 20, 2020, the day of the vernissage, is also the first day of Spring and this date turns a page for Mademoiselle Maurice, so to speak, post-purgative. It brings us back to the essential and reminds us, like the famous Beatles hit “all we need is love”, that we just need love.
Quite simply.
————-
Inofrmations :
« Amour » de Mademoiselle Maurice
MathGoth Gallery
34, rue Hélène Brion – 75013 Paris
From March 20 to April 18, 2020
From Wednesday to Saturday from 2 to 7 p.m.