For the first time MAGMA gallery hosts two solo exhibitions in its Bologna venue, dedicated to two of the most interesting artists of emerging Italian Urban Art scene.

Alberonero | As far as the eye can see
Roberto Ciredz | Erosion

The common feature for both artists is the relationship between urban and natural landscape.
The erosion, the slow and progressive cancellation of forms and sensations, the central theme of Ciredz works, joins the exhibition of Alberonero, where the landscape and the memory of it are recreated thanks to the re-used materials and the colors.

Alberonero (Luca Boffi – Lodi, 1991) works with minimal, essential and synthetic forms, reducing the elements of visual language to geometric compositions. Because of the union between his studies in architecture and the experience gained directly working on urban art projects, Alberonero proposes an original reading of space through color; he defines a new aesthetic, highlighting the emotional and energetic impact that the chromatic interactions have on the viewer.
The works exhibited in “As far as the eye can see” represent the most recent production of the artist, realized after a long period spent in Argentina, facing with boundless landscapes, a spectacular and uncontaminated nature, but also with precarious architecture, where the brutalist style and the daily arrangement are constantly alternated.
These urban and naturalistic sceneries encountered along his path are symbolically represented in the colors of the great works on canvas created for the exhibition, as well as in the installation, composed of poor materials like those seen and collected along the path. They represent both a spiritual experience and a clear and concrete testimony of the difficult and complex life of the people that Alberonero met. 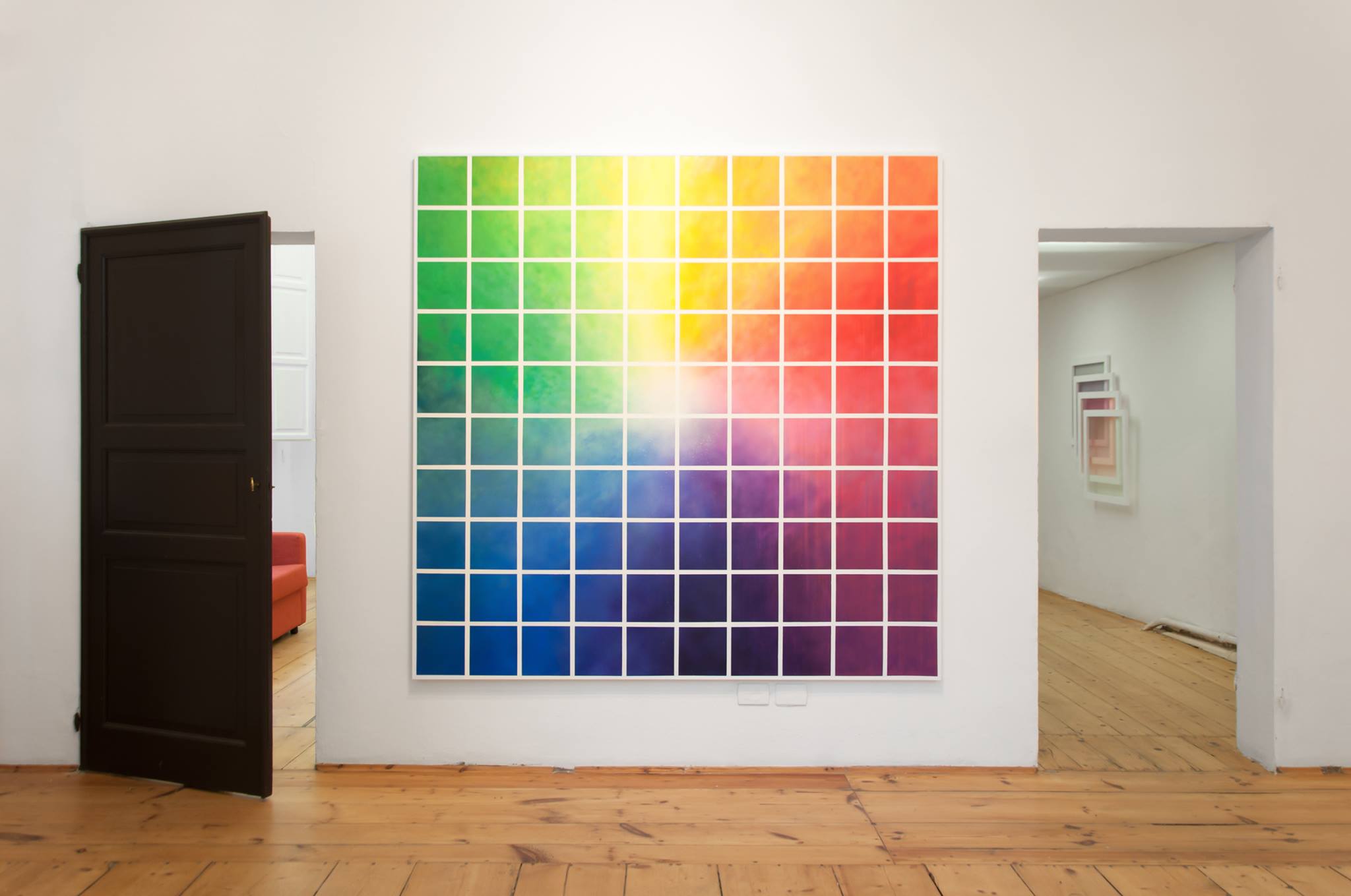 Ciredz‘ solo show “Erosion” represents an important further step in the relationship between MAGMA gallery and the artist. Featured since the beginning at the gallery’s exhibitions, alongside with great Italian and foreign names, Roberto Cireddu, aka Ciredz (Cagliari, 1981), with “Erosion” presents to MAGMA’s audience his most recent stylistic research that still has its roots in his homeland, Sardinia. From these places, in fact, he shows the strong contrasting landscapes, through works that seem to tell the same energy of the winds, the tides.
The works he creates are inspired in fact from the earth, from the study of its conformation; topographic maps become traces, infinite signs that lead from reality to abstraction. The perceptive relationship between man and nature, its changing, unstable and sometimes deceptive essence, is the central element of his style.
Concrete, paper, soil, resin, stone; through the use of these poor materials, Ciredz expresses his point of view on the life cycle.