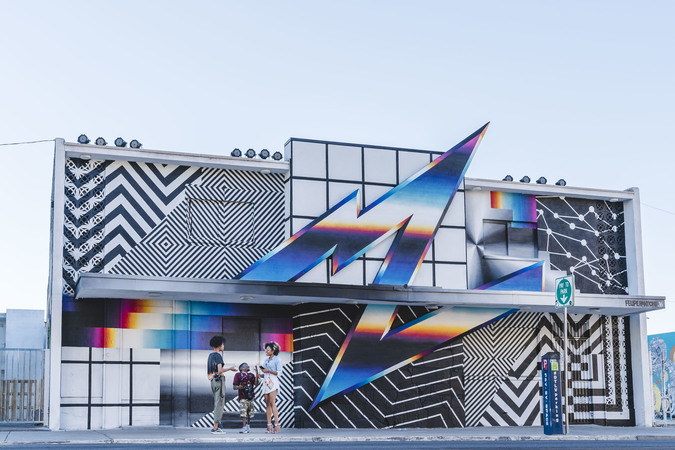 Pantone’s exhibition is going to be an interplay between the physical as well as the augmented reality. He strongly believes that digital spaces are real. In fact nowadays we have to begin to deal with the physical world and with the cyberspace.
He is very much attracted to the internet, because it offers all information around the world instantly and for free. In his art works he tries to remove the barriers of creative creation through technology. Therefore he mostly uses effects of functional errors caused by the high speed of technology like glitches.

¨The digital space is real, there is definitely more behind the curtain than what we see.” (Felipe Pantone, 2017)