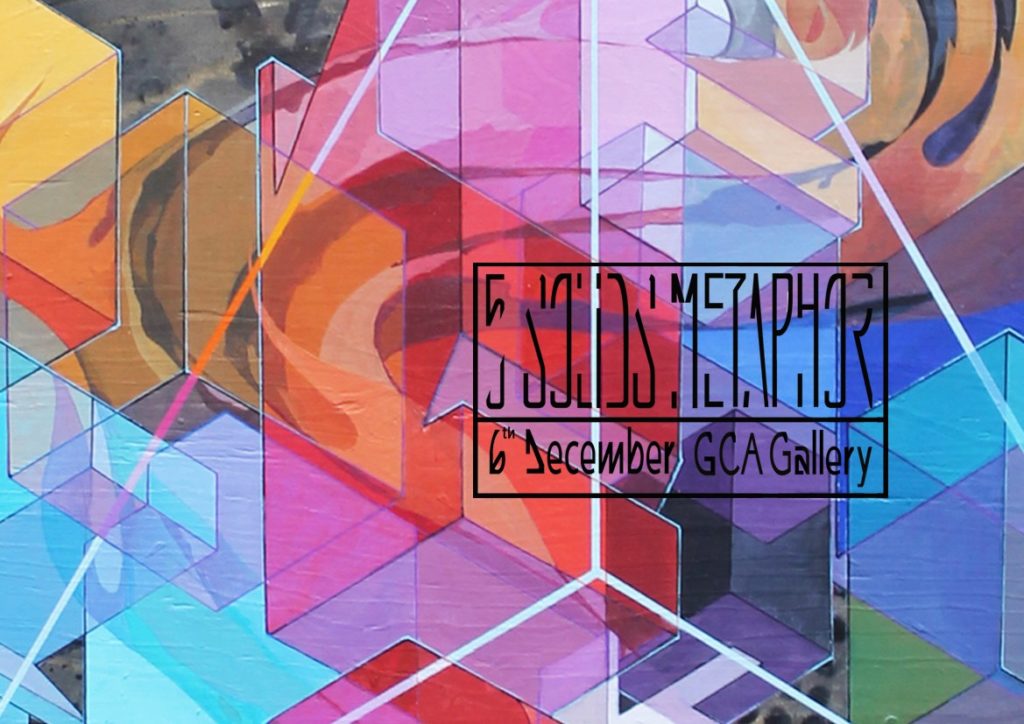 GCA Gallery PARIS is pleased to present “5 SOLIDS METAPHOR”, a solo show by the artist ETNIK

5 SOLIDS METAPHOR is a project that started one year ago, with the first wall of the project painted in Florida, USA. All this project is an extension of the path of the artist about the urban agglomeration.

The project, that includes 5 murals and 5 installations, is developed in 10 different cities between Europe and USA and a final show in Paris with 10 + 1 new works:
5 artworks on wood, 5 + 1 yute canvases and a photo reportage describing this “1 year project”. 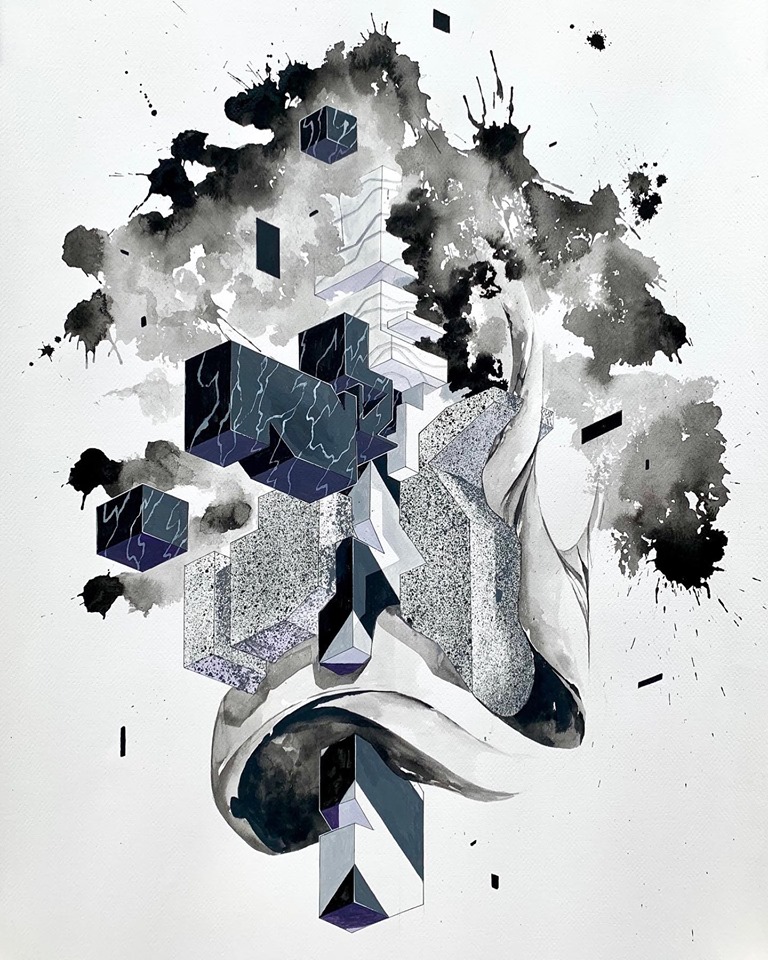 The concept of this proposal comes from Plato’s theory: he wrote his Timeo dialogues (360 b. C.) where he is wondering about the primary questions about the birth and grown of the Cosmos and how to describe the abstract concepts with rational forms.

The 5 elements that Plato describes to compose the Cosmos are: Fire, Water, Air and Earth and a late fifth element that represents the Universe.

Plato’s mathematic concept combines every natural element to a rational solid, so we can see that AIR is an Octahedron, WATER is an Icosahedron, EARTH is a Cube, FIRE a Tetrahedron and the Fifth element, the UNIVERSE, is symbolized by a Dodecahedron.

In the artistic process of ETNIK to analyze and paint the Dualism between the CITY and the NATURE from a Graffiti writer point of view, he represents all the contradictions of every city as overbuilding, less space for green, less equilibrium, decadence and in the 5 SOLID METAPHOR every of these 5 element is the subject of his work.