Impronte 2016,  is the first edition of an event dedicated to street art and inspired by Salvatore Ferragamo career.

The works will start on 16thMay 2016 and the festival will culminate in August withan exhibition dedicated to the “shoemaker to the stars”, where 5historical shoes which represent the history ofItalian design will be exposed in dialogue with 5 artworks produced by theartists involved in the festival. The protagonists, as well as Salvatore Ferragamo mainfigure, will be fivestreet artists among the most interesting on the international scene: Gola Hundun, Millo, Milu Correch, Tellase Giulio Vesprini. 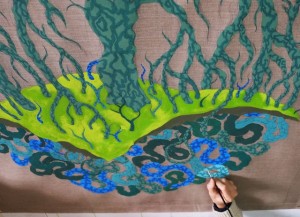 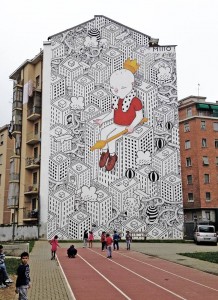 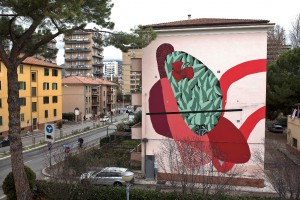 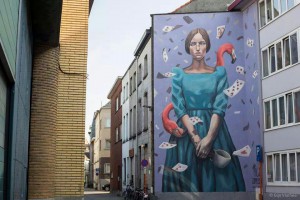 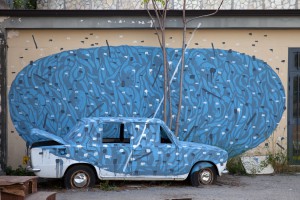 The idea of Improntestems from the desire to pay homage to the Bonitodesigner, celebrating the creativity that has marked his career and his manytransversal projects whichencompassed fashion, design and art.We came to the selection of five artists starting from the shapes, the patents and the materials which portrayed Ferragamo’s work over the years: Gola Hundun for his intrinsic investigation in the animal world, Millo for the meticulous black and white and his graphic sign, Milu Correch for the use of floral elements and his work on the woman image, Tellas for the association with nature and Giulio Vesprini for geometries and the wise dosage of colors.

The first, from May to August, will regard the realization of five street art interventions in the center of the town. At the end of this first moment, In which street art will become the main protagonist, will start a second partwheredesign will be protagonist with an interesting exhibition where we will expose five historical shoes from Museo Salvatore Ferragamo in Florence. The exhibition will take place in the spaces of the Convento Francescano di Bonitoand exposed together with the artworks created by the artists