Solo show “A Stranger in the Garden” by SADDO , Berlin. 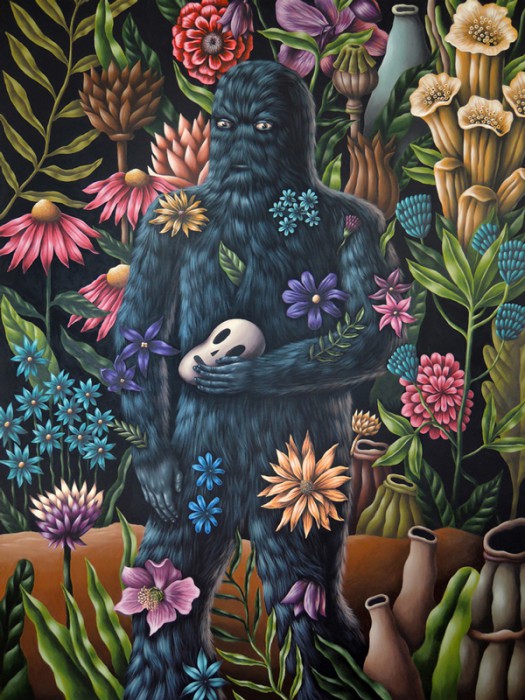 BC Gallery presents  “A Stranger in the Garden” new solo show by SADDO.

SADDO is a romanian artist, illustrator and muralist, Saddo started his artistic career as founder of one of the first Romanian street art collectives, The Playground. His street art activity brought a fresh fun vibe to his way of perceiving art and the world, and opened doors to many different projects.

Death has been one of the main concerns in human society for millennia. It’s been at the
source of many religious traditions and rituals, myths, and philosophical debates. The fact that
the artist himself is haunted by the thought of death, and is fascinated by the myths, folk
stories and religious representations drove him to try to explore different ways to see death –
as a state, a process, a threatening thought, or even personified as a deity.
The ways in which death is perceived and dealt with in different cultures and religions, can be
very polarizing, from beliefs of resurrection and rebirth, to decay and eternal oblivion. But inbetween these opposite attitudes, there are numerous nuances, different personifications of
death that do not have a very definite meaning: some death deities have an ambiguous
character from one representation to another, or they can migrate from one culture to another,
changing their shape, meaning, and name in the process. Some of these personifications are illustrated and interpreted in the show, whose title “A Stranger in The Garden”
(a play on “Death in The Garden” the title of a Luis Bunuel movie), tries to suggest the complete mystery which surrounds the subject, and the many ways in
which it can be perceived.