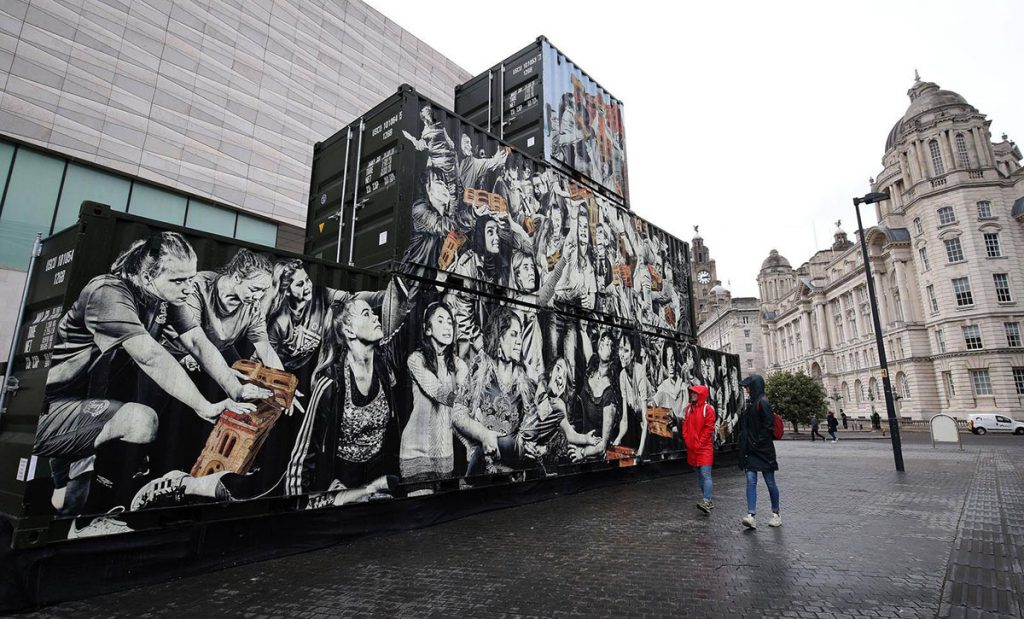 Yola is a photographer and a visual artist, living in Paris and London. She studied animation at the Polish Film School at Lodz and CFT Gobelins in Paris. She’s worked as a SFX designer on some of the major European blockbuster movies. In her free time she devotes herself to her passion – “paste-up” street-art. After street-art projects in Paris, she entered the Polish street-art scene with a series of Renaissance murals in the Warsaw’s “Rive Gauche” – Praga, created with the participation of the contemporary inhabitants of the district. The project dealt with numerous issues, such as intolerance and alienation caused by age, race and sexual orientation.Having introduced the world’s paintings to the streets of Warsaw, Jola chose a Polish 19th century painting by Jacek Malczewski to be transplanted to the streets Buenos Aires. Her work formed a centrepiece of a spectacular collaboration with artists Jaz (Argentina), Other (Canada) and Corona (France). Again, she invited local people to be her models. She has been described by Graffitimundo as “one of the most unusual and innovative wheatpaste artists in the world”.