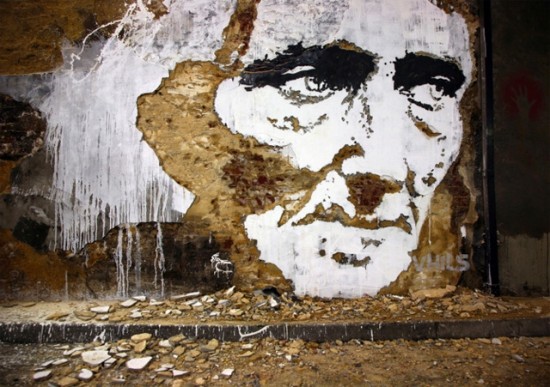 Vhils is the tag name of Portuguese graffiti/street artist Alexandre Farto (born in 1987).He gained prominence when his work of a face carved into a wall appeared alongside a picture by street artist Banksy at the Cans Festival in London in 2008. A photograph of him creating the work appeared on the front page of The Times. He manipulates a variety of surfaces to create his extraordinary vision. From the brick facade of buildings to peeling off layered flyposters, he reveals images that explore the sub-cultures and dynamism of a city. ” (Juxtapoz Magazine).