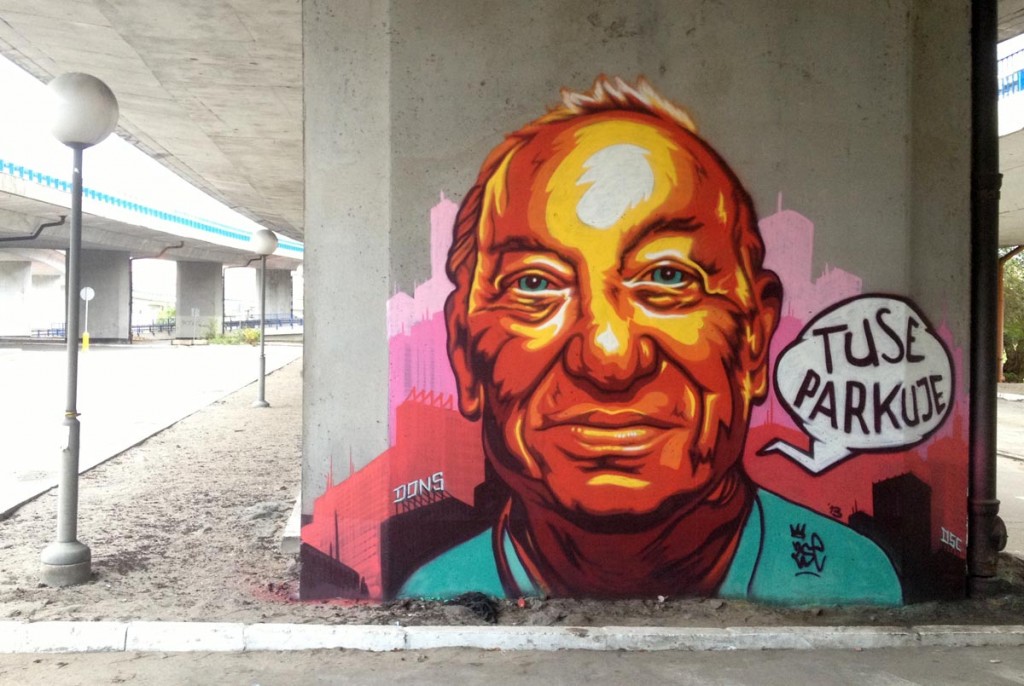 Tuse is a Gdansk graffiti painter of DSC [Double S Crew] since 1995, known mostly for the production of photorealistic portraits. Graduated from the Academy of Painting and Graphic Arts in Gdansk. His graffiti canvases are exhibited in numerous exhibitions individual and collective. He is the founder of an Advertising Agency called Tusestudio, where he has been working as an art director since 1999. His works of graffiti and street art have been published in magazines: Dosdedos , Hiro , Back- spin Magazine Hip Hop, The sole, Brain Damage.