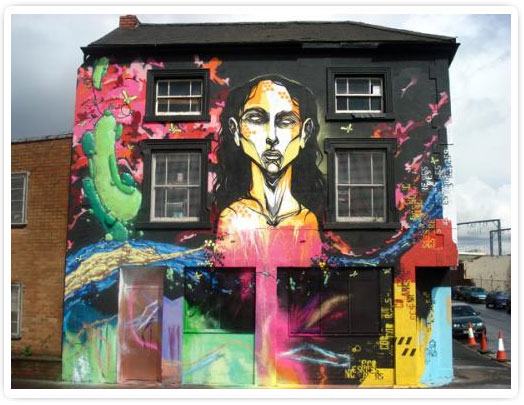 Hamilton Yokota aka Titi Freak,was born in 1974, at age 13 started working with comic books, during 7 years designed national and international comics for Maurício de Souza, Disney and Marvel. Between 1994 and 1995 he started doing illustrations and work with copyright animations for MTVBrasil,with interest in many media,and willingness to transform and show its desing. T’Freak in 1996 made his first drawing with spray on the street, “the graffiti made me find my picture!