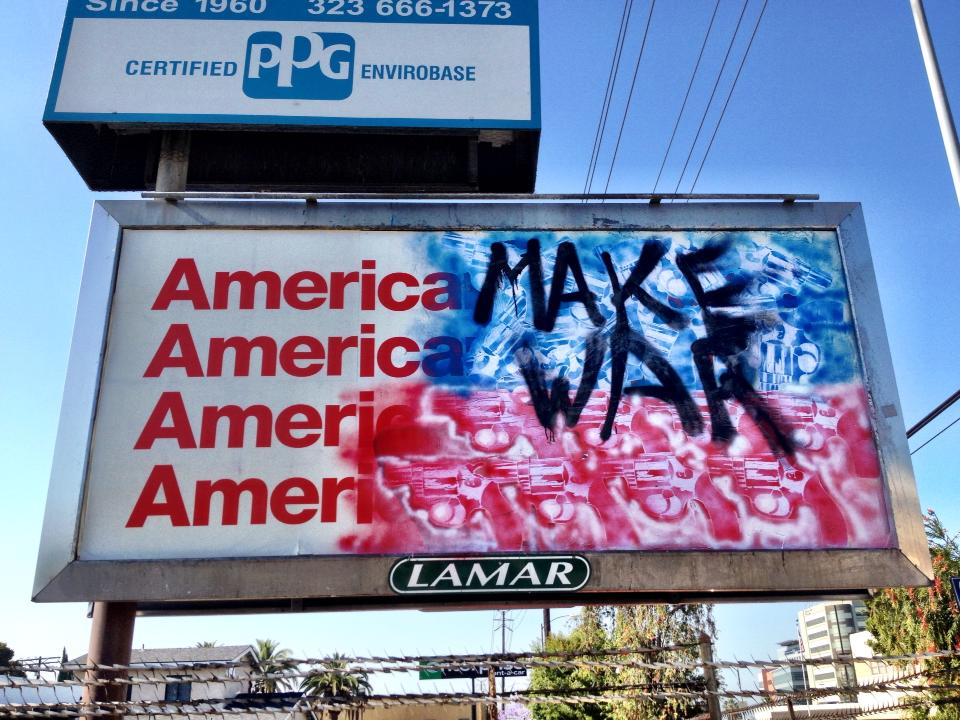 Among the most authentic contemporary street art renegades, Thrashbird uses both humor and subversion to dramatize significant issues that plague our society: obsessional interest in celebrity, our own self-image and over-reliance on technology.
​While Thrashbird’s own identity remains incognito, his art tackles universal themes that we can all relate to and see ourselves perpetuating—whether we want to admit it or not.

His Clone, for instance, ubiquitous on the streets of Los Angeles, is glued to his phone, frantically texting away, just like the rest of us. His long, slender body slouches and crumples inward to accommodate his screen and his face, obscured by a hoodie, is directed toward the digital world rather than the actual world around him.