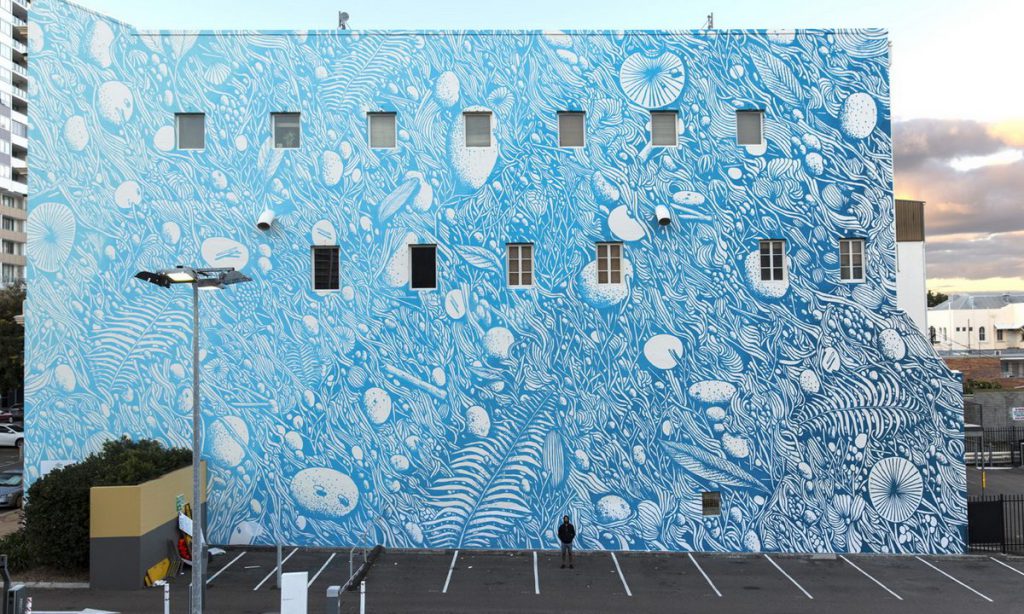 Tellas (Cagliari, 1985) participations to international festivals are countless, among these Artmosphere, the first Street Art Biennale in Moscow in 2014 (with 70 international artists) and La Tour Paris Project, in 2013, considered one of the most innovative contemporary art projects worldwide.

Tellas was born in Cagliari, Sardinia, in 1985 and he studied in Bologna, at the Academy of Fine Arts.Grown up in Sardinian’s harsh lands, Tellas’ research is based on a non-urban aesthetics, his works are a personal and intimate vision of the elements of natural landscapes. A meditative process that combines space and shape characterise his work. All his works can be seen as studies performed on a wide array of “supports”, from a big wall, a piece of paper or a canvas to an installation like the one created for the project “Spettro”.

Listed as one of the 25 most interesting street artists worldwide by the Huffington Post US in 2014, Tellas develops his art in various fields: drawing, painting, installations, printing techniques, audio-video productions. His last solo show “Tropico” opened in October 2017 at Magma Gallery in Bologna (Italy). Artworks are inspired by suggestions and memories of a long trip through the state of Queensland (Australia) where he also had the opportunity to work on different mural projects among which a big wallpainting called “The Barrier”, for the city of Townsville.

Tellas works and lives in Rome.