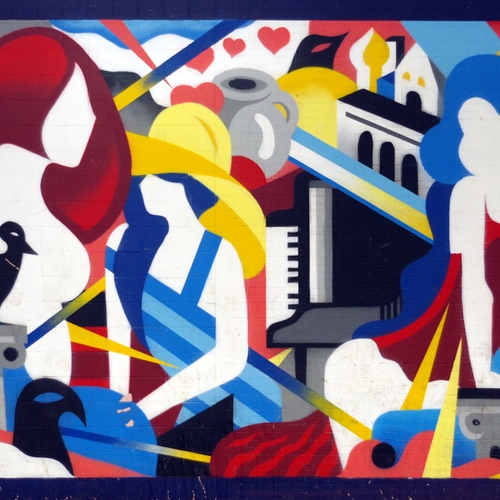 TAROE, his real name Nicolas Masterson, was born in Biarritz on April 6th, 1981. He discovers Graffiti in 1995. Self-taught and passionate, he starts and progresses on the walls of the disused factories, waste grounds, and trains which mark out his way from his native Basque Country, to New York, Berlin, including Madrid, Bangkok, Hanoî, Pondicherry or Paris, where he lives from 2005 to 2015.

He is then passionate with design and typography, and develops his own identity in parallel of paintings. He multiplies artistic performances and collaborations (live painting, decorations on movie sets, advertising campaigns, logos, illustrations) in paintings as in graphic design.

It s quite naturally that he turns from 2006 to another medium, canvas, by developing his own pictorial style on this support. Most of the time on large format, inspired by artists as Richard Estes or Paul Robert, but also by his various journeys, he realizes hyper realistic works on the theme of ” urban Jungle “. He participates to art auctions (Arcurial, Piasa, Cornette de St Cyr) His paintings are esteemed today, visible and approachable in numerous exposures.