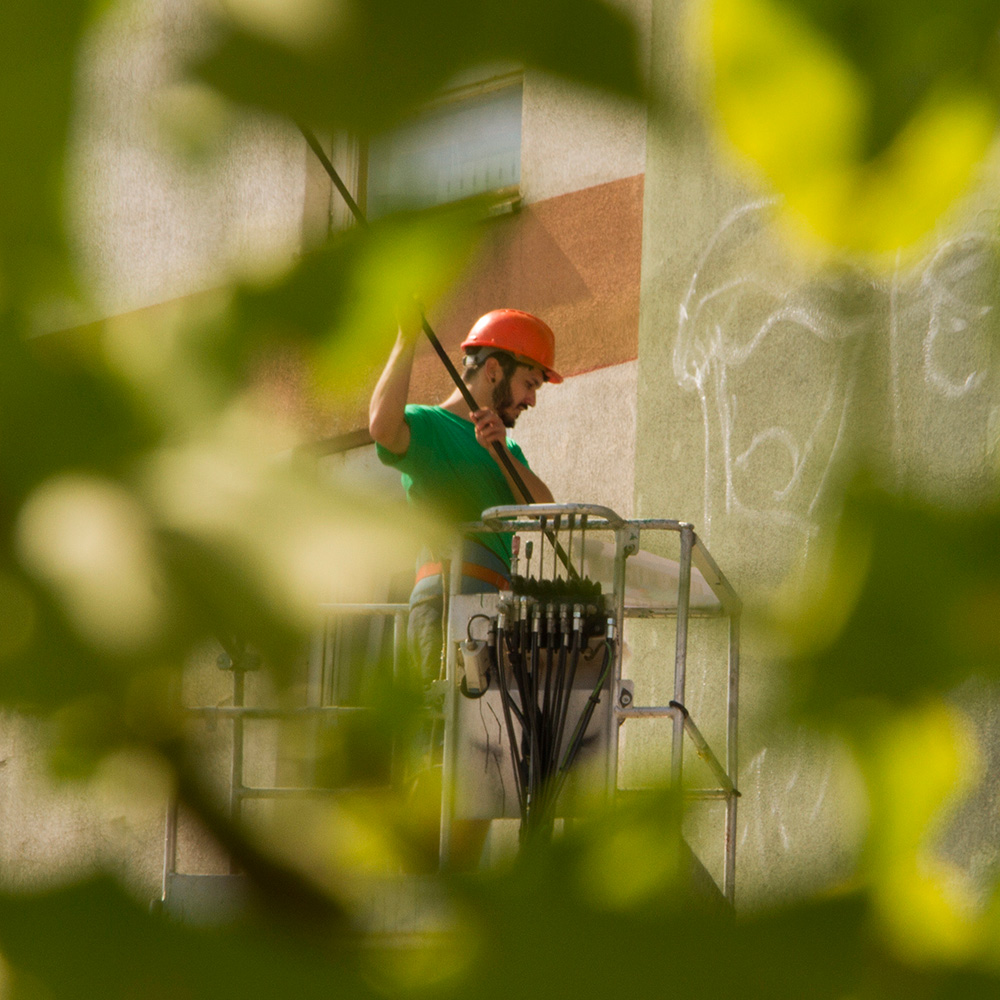 Sumski is the artist name of Ivan Blazetic. It is a Croatian word whose closest English equivalent is “sylvan’, meaning something characteristic of woods or forests. Sumski is an illustrator, muralist, painter, and sculptor. Whatever the medium, his work has a strong narrative element. He sees art as having the capacity to impart a sense of empowerment to overcome our fears and to connect people through compassion and empathy.

He studied art pedagogy on department of sculpture at the Academy of Fine Arts in his hometown of Rijeka, Croatia. His fascination with storytelling led to a job after graduation in theater, where words and imagery have a similar relation as they do in his own work. At the Rijeka Puppet Theater, he learned the ins and outs of character development.

He sees his murals as a method to establish a new understanding of our bond with nature. Dreamers, spirits, demons and mythological beasts appear with the intention to persuade people to believe in themselves and the power of their own dreams. They can be seen in Berlin, Zagreb, Trondheim, and other cities.

Sumski made cover art for electronic music labels and worked with the band Crystal Fighters (UK) on number of videos. As an illustrator he has worked for Nike, New Scientist Magazine, Affinity Designer for iPad, and Igapa, the biggest supplier of paper in the E.U. His illustrations have also been exhibited extensively in galleries like Factory Fifteen in London, and the Urban Spree Gallery in Berlin.

He grew up in Rijeka, Croatia and currently lives in Berlin.