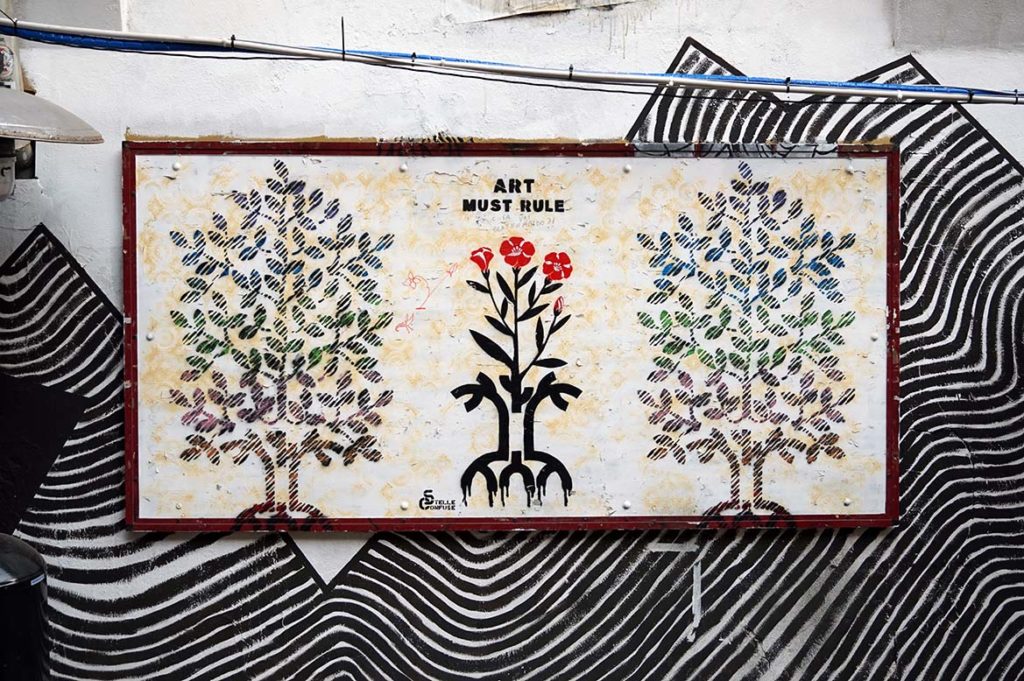 Stelleconfuse is a Florence based artist. He is one of the most active protagonists of sticker and stencil art in Italy. The works of the artist can be seen in the streets of the most important cities of the world with the goal to transmit through symbols and logos a message of hope and denunce at the same time.His project “Plant a Tree” was born in 2008 and later spread through stickers, posters and stencils around the world. The “Plant a Tree” project was created to remember the importance of green areas within cities and sensitize people against overbuilding.
During the last few years Stelleconfuse has not remained confined in the single role of artist but he has also cured and planned events. Now the artist use stencils, posters and stickers to give life to his pop imagery.