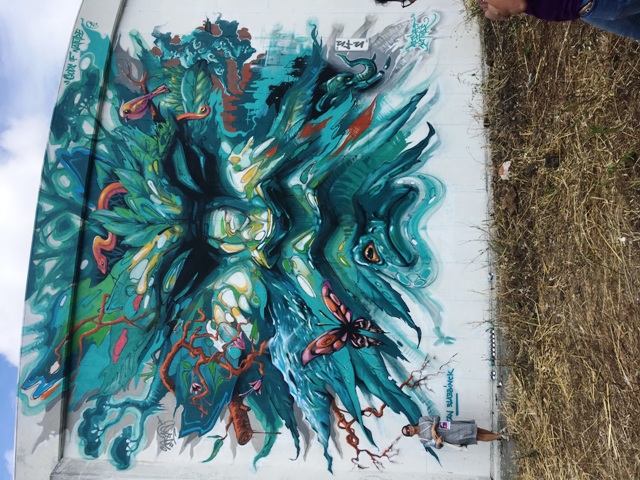 Stan Slabbinck aka ” STS ” started doing graffiti in 1989 in Belgium, Bruges. There he met up with Jamezon , started Jasta Crew. From there on he began his artistic journey. Home-base Ghent. He’s been working as an tattoo-artist, muralist, sculptor, decorator and designer. STS is known for his multitude of different mediums.
Nature always has been a great influence for STS.
He also worked 10 years as head-decorator in a firm that works for theme-parcs and festivals. Disney Paris, Dickens world London, Tomorrowland, Port Aventura Spain, Efteling.. to name a few.
His work is monumental and dynamic.
*** Respect Nature ***