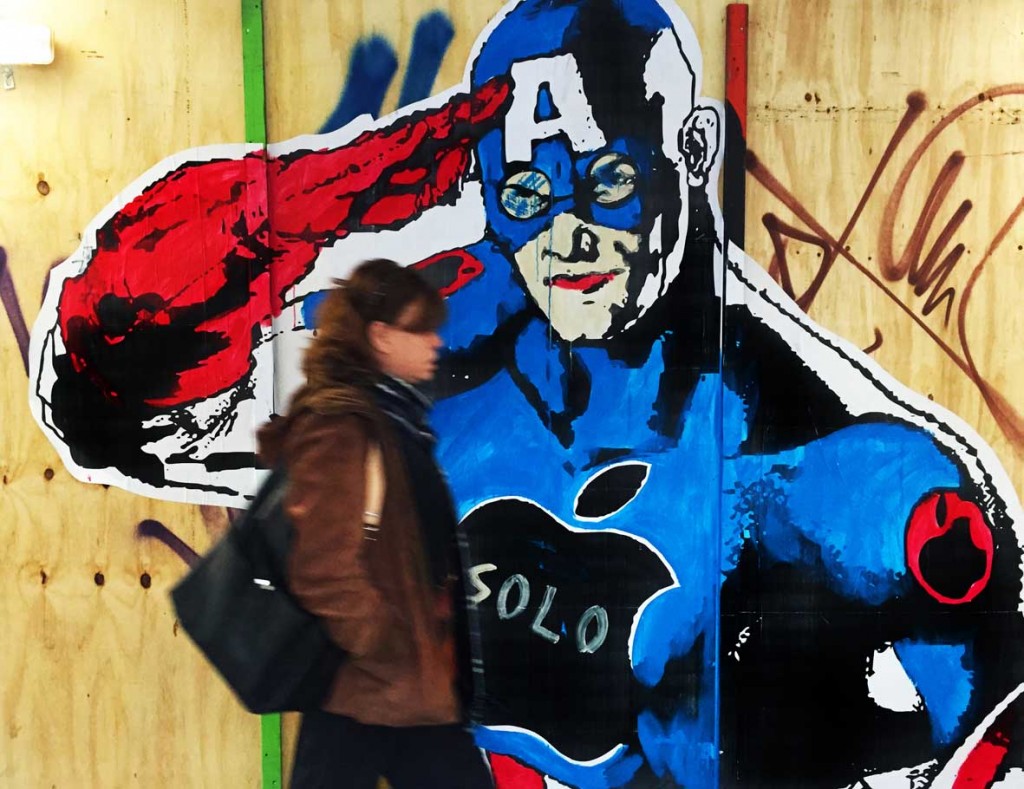 SOLO is an Italian street artist. Born in Rome in 1982,  his passion for art took shape at the beginning of the 90’s during the explosion of the writing movement, and developed towards street art ten years later.  Solo’s art is rooted in comics and street art. Through his straight forward and vibrant style he creates, represents and re-elaborates a wide range of subjects: from comic books characters to everyday objects, landscapes, cityscapes and masterpieces of the past.

Solo throws his subjects into a fantastic world, adding a new chapter to their history. His paintings both subtly and obviously reveal emotional and experiential paths that the artist hopes people would recognize themselves into. Solo usually starts his creative process with acrylic color drawings. Then he adds layers of different materials and media, from oil painting, to chalk, coffee, food and other things that inspire him at the very moment of creation.

SOLO keeps working on walls, carrying on several stylistic researches, but never giving up his favourite iconic word: the superhero imaginary. Once placed on the streets, his subjects turn into characters that the artist makes us acquainted with order to let us feel less lonely in an often harsh society.

In 2013 he went to Paris and Prague, for solo and group exhibitions, pointing in every urban center his presence through the icon superheros who leave a gift on the walls of the cities he passes through. Then return in the same year, in his city of origin, with the solo exhibition, “Heroes in Crisis” in the Varsi gallery, curated by Marta Gargiulo.

In 2014 in Berlin at Pink Zeppelin Gallery with Stefnao Bolcato , for expo Adult Childhood.