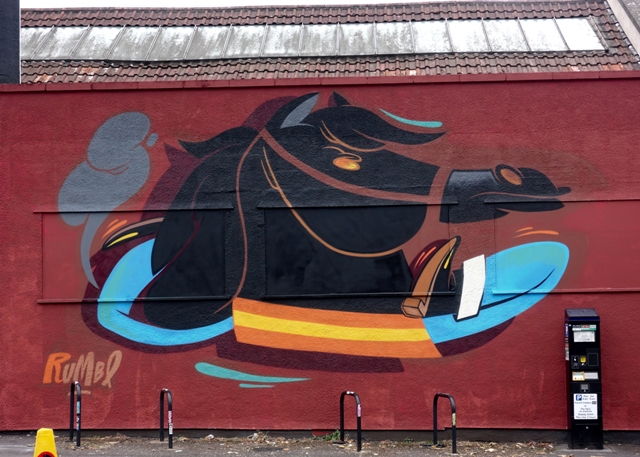 Ready2Rumbl is an illustrator, mural painter and wood sculpter who lives and works in Rotterdam in The Netherlands. He has a background in the graffiti scene, where he’s known for his non-commercial, colorful and dynamic characters. His inspiration springs from his love of American illustration from the 1960s, various children’s books, modern popculture, but also old fairy tales, myths and sagas. With all of this tossed into the pot, it cooks up to many cartoon-esque, animal-like characters that have a funky human flavor.