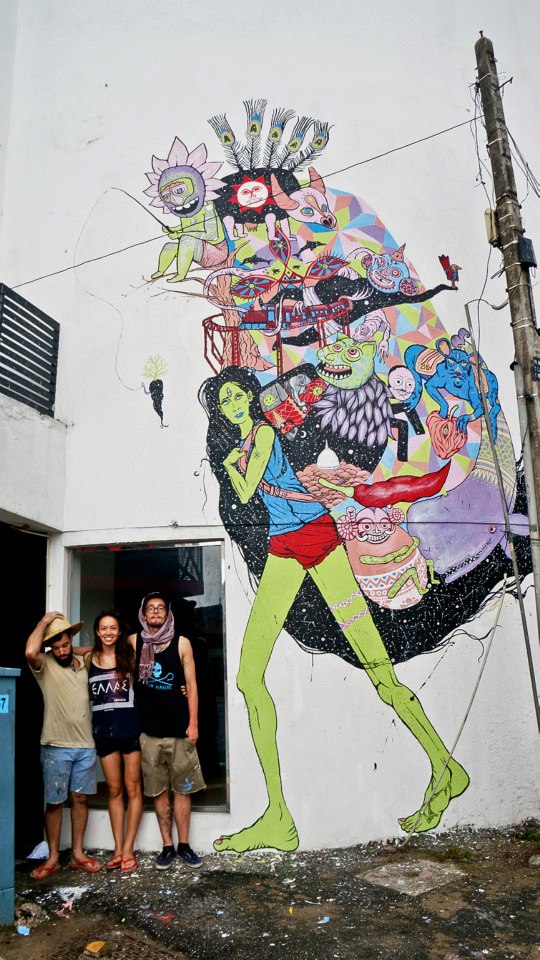 Rah Akaishi was born on the Isle of Mann, raised in in Bolivar and South Auckland respectively. Akaishi completed a Bachelor of Intergalactic Over-conceptualization and Print Making in Auckland, New Zealand. Whilst in grasp of academia he met fellow Artisans and forming like Voltron they conceived SIDEROOM.COM, the loose collective of like minded beatniks. He later went on to travel the globe and coined the phrase “coin the phrase” He currently acts as creative director of Tokyo based Shark Conservation NPO PangeaSeed, and resides in a nomadic state south of Colombo. Rah is also the co-founder of H.A.R.A.H, a syndicate composed of himself and Artists Aaron Glasson, PaCHaPAPA, and Pilon Rachild.His style has been described as “post apocalyptic cryptic zen.