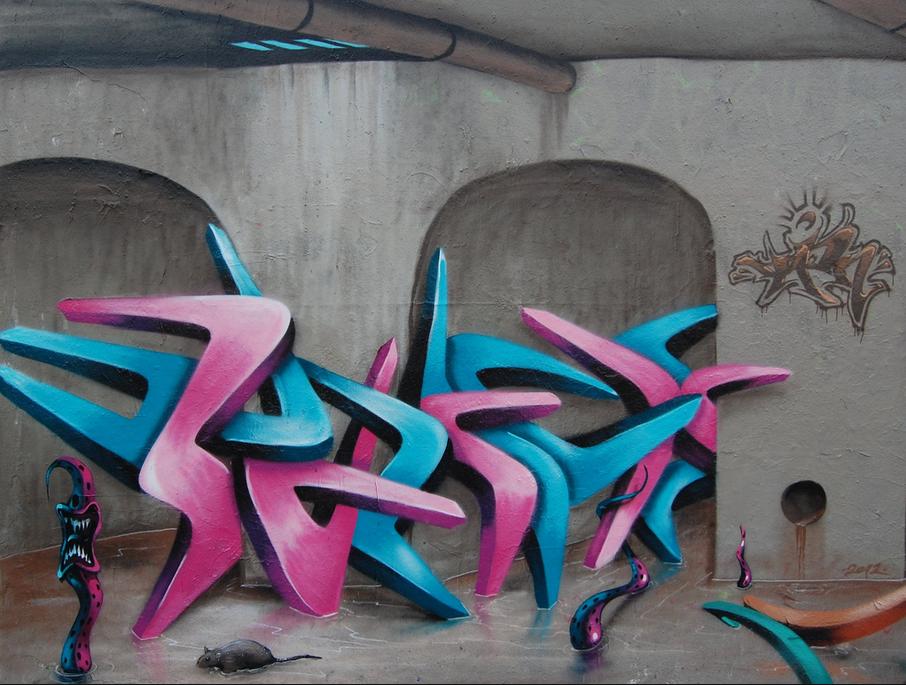 Pesca graffiti begins in the early 2000. Shortly after arriving in Paris, he befriends two graffiti artists, and Djalouz Hakic, with whom he founded the crew in 2006which 2AC will add other talents such as Caligr, Rash, Bary, tile, Jenk, Auker, Shupa, cough, etc..

He will join the crew later APN, CF and PCK. His style, mainly influenced by graffiti old school, is characterized by a 2D lettering, readable and colorful. In search of continuous evolution, it trip with his acolytes in search of new greenfield sites in order to develop its 3D lettering. Self-taught artist, he adapts his art on wall as on canvas.