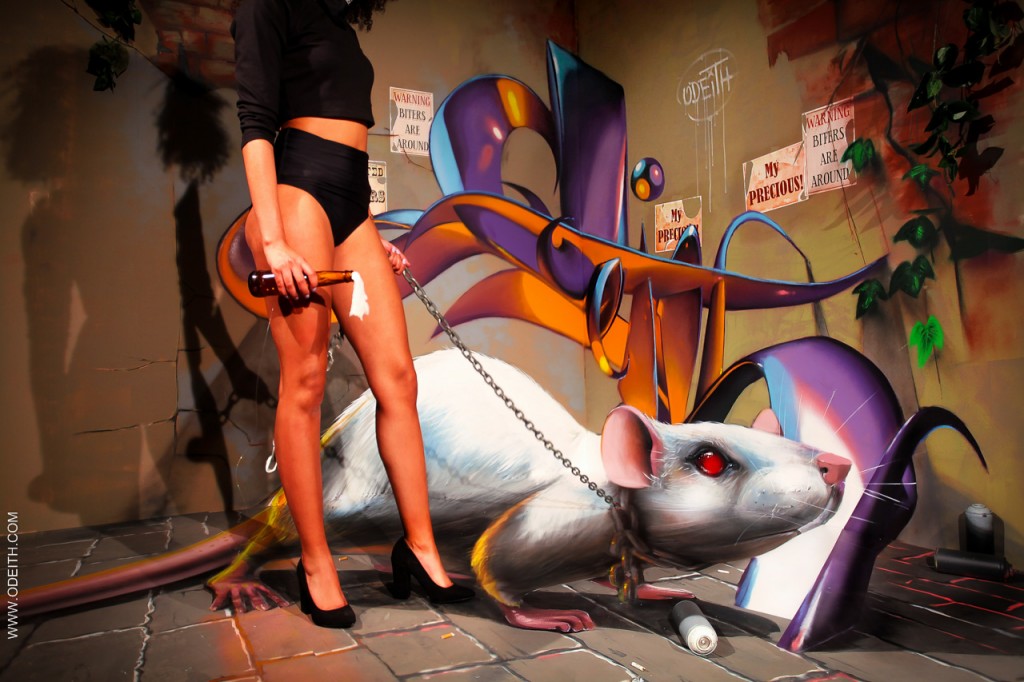 ODEITH is a Portuguese artist whos works take viewers to a journey of colours and dreamy waves!!!  He was born in 1976 in the suburbs of Lisbon, Damaia.  He always had a passion for artistic 3D bleak, the murals always conveyed a message with pictures of faces,landscapes or 3D letters accompanied by a phrase. In the struggle for recognition worldwide in 2005 he was a pioneer in this original form to draw 3D letters on different surfaces, corners or 90 degrees walls passing to the ground creating an optical illusion effect (anamorphic art)

In 1999 he became a tattoist and opened a tattoo Shop in Benfica which closed in 2008 and moved to London. He currently lives in Lisbon – Portugal, and paints as a means of subsistence, with many works for large companies such as Shell London, Kingsmill, Sport Lisbon and Benfica, Coke, Portugal Roads, Samsung, Câmara de Lisboa, Oeiras among others.

Over the years he gave numerous interviews such as: TVI, SIC, RTP 2, Baton Rouge TV (USA), Easyjet Magazine, Espaço Magazine, among others … He was invited to participate in a talk -show- Nico at night – presented by Nicolau Breyner in the RTP channel. There were numerous events he has attended in Portugal and many countries: Meeting of styles (Germany), Museum of Public Art (Louisiana USA), Museum Mube (Sao Paulo BRAZIL), 1st Biennial Sur del Panama (South America) and more…