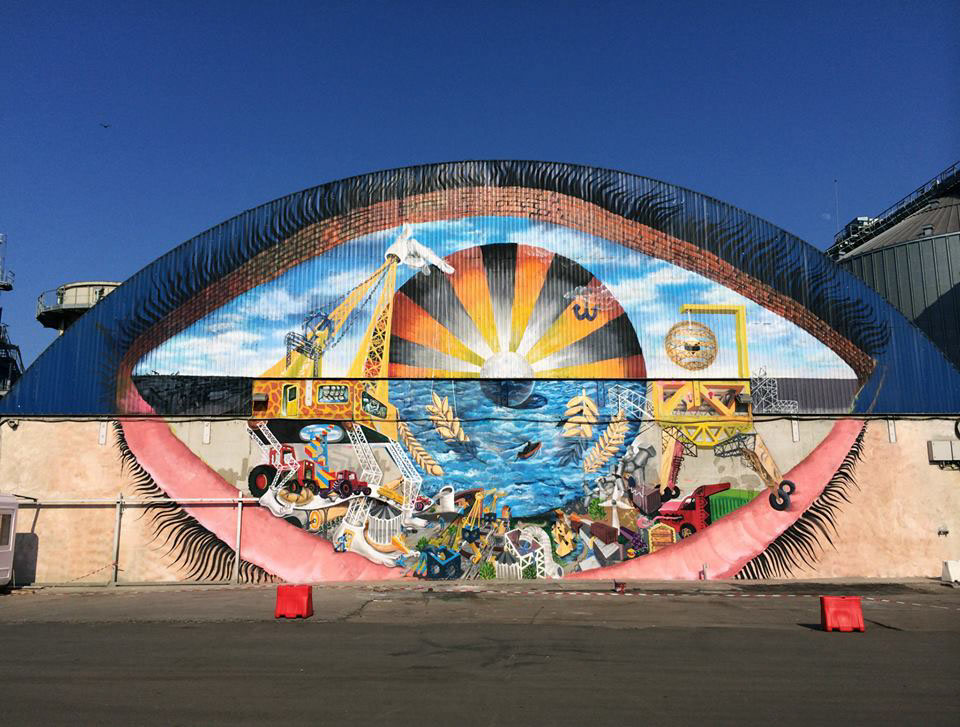 Obie Platon is a street artist based in Bucharest, Romania. He has evolved into a thought-provoking, distinct and diverse visual language that currently defines his highly complex murals, his experimental canvases and conceptual sculptures and installations.
His artworks are inspired by the platonic geometry and philosophy, but also influenced by Romanian culture, social beliefs and popular imagery. The geometric patterns collide, juxtapose or simply intersect with powerful symbols and meanings that rise from a constant interest in today’s social contexts.

Since he began his artistic activity in 2000, he has developed five different styles and characters, each corresponding to a specific platonic form and element (earth, air, water, fire, and the universe). He is well known for two of these characters, outlined through numerous interventions in the public space: Allan Dalla, the symbol of earth and solid geometry, a mix of kinetic art and surrealism, built out of contrasts, and Pop Prince, the “freestyle” approach, revealing all that is commercial, naïve, aggressive and ironic in the current social structure and human behavior.