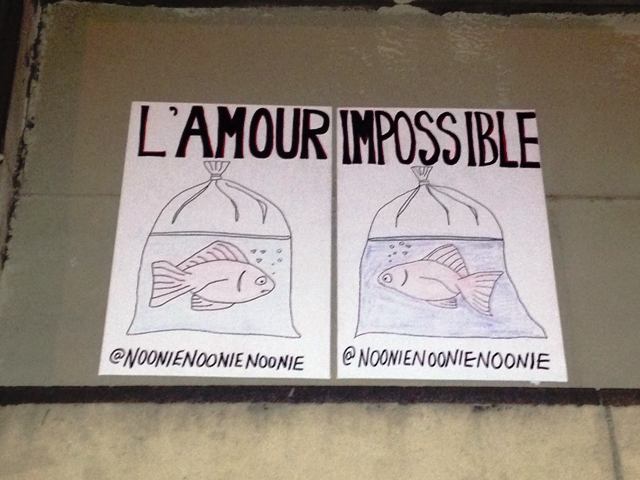 Once upon a time, a loner began to draw in her/his spare time to alleviate anxiety. After walking hours and hours in Paris this loner decided to leave their drawings in public spaces, sometimes in areas where few people passed. Hoping that their work would make some other stranger laugh or think (of something besides television schedules, grocery lists and celebrity gossip), NoonieNoonieNoonie continued drawing, walking and leaving their art around Paris.